For the variant appearing in the games, see Proton.

Proton is a character appearing in Pokémon Adventures, who was an admin of Team Rocket in the Johto region.

Petrel, Archer, Ariana and Proton unveiled themselves to Team Rocket grunts at the Cliff Area, after Carr was overthrown.[1]

Proton was at a cave, where two grunts reported to him that the two plates have gone missing. Proton explained this wasn't his mission, and asked of them to tell this to Ariana. He, however, was looking for the Sinjoh Ruins on the map, but could not find them.[2] Eventually, Proton regrouped with Archer and Petrel, and visited Ariana, who was battling Crystal. Proton declared his mission to find the Sinjoh Ruins was over. He and the other Team Rocket commanders watched as Arceus appeared, and Crystal made her attempt to catch it.[3] The four Team Rocket commanders watched as Crystal attempted to capture Arceus with a Level Ball. Proton noted that Crystal could analyze the power of the Pokémon she would catch, and use an appropriate Ball. As Crystal went away, Ariana asked why wouldn't they stop her. Archer explained that they would let Crystal do what she wanted for Arceus, for that Pokémon could show them the way to the Sinjoh Ruins.[4]

Ariana, Petrel, Proton and Archer watched Arceus at the Ruins of Alph. Proton stated his analysis was complete, and they could track Arceus down. As Arceus' barrier started to sink down, the four commanders went beyond the barrier, and were warped away. A moment later, inside the Sinjoh Ruins, Gold, Silver and Crystal encountered the Team Rocket commanders, who were bidning Arcerus. Proton thanked the trio, as without their efforts, Arceus couldn't have opened its heart, for Proton to analyze it and find a way to get to Sinjoh Ruins.[5] Petrel, Proton and Ariana were blocking Gold, Silver and Crystal from interfering. As the battle commenced, Archer had Arceus use its Judgement attack on Gold, Silver and Crystal as he was switching plates. Proton states that Arceus' type was changing, based on the plate. Crystal asked Gold why did he have Silver pass the plates, to which Gold pointed out they were holding Arceus hostage. Proton and Ariana applauded Gold for his wisdom, as he shared the items with someone who could use them more efficently. Archer also had summon Dialga, Palkia and Giratina, all to strengthen Team Rocket and have Giovanni return, which touched Ariana and Proton.[6]

As Silver went to attack Dialga, Palkia and Giratina, Petrel had Ariana and Proton stop Silver from interfering. However, they failed, as Gold and Silver's Exbo, Megaree and Feraligatr fired Blast Burn, Frenzy Plant and Hydro Cannon to destroy Dialga, Palkia and Giratina. Arceus became angry, and blasted away Archer, Ariana and Proton away. However, Archer laughed, as this wasn't enough to prevent the creation: Arceus was still summoning the Legendary Pokémon. Thus, he became pleased that he and Giovanni would triumph over Team Rocket with these powerful Pokémon. Ariana and Proton became shocked that Archer revealed his true intentions. Moreover, they were surprised to see Giovanni, who came with Lance and Pryce.[7] While he confronted the Legendary Pokémon, Giovanni asked of Proton and the rest to behave themselves, since he would deal with them once the Legendary Pokémon are defeated.[8]

Petrel, Ariana and Proton saw how devastating the fight was. The latter two decided to bail out, but Archer refused to let them do so. He went to capture Arceus, who knocked him away onto Petrel. Lance called them fools for trying to control Arceus and the Legendary Pokémon. When Gold confronted Arceus, he pointed out that even the Team Rocket commanders were having doubts, and wanted to change for the better.[9] Once the Legendary Pokémon were dispersed, Ariana and Proton remained behind, and scolded Petrel for attempting to escape, who failed to do that.[10] 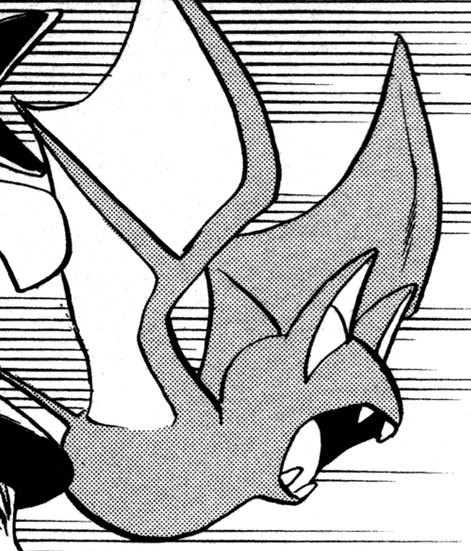 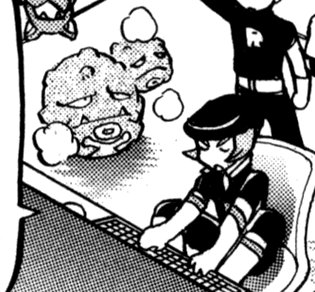 Retrieved from "https://pokemon.fandom.com/wiki/Proton_(Adventures)?oldid=1146907"
Community content is available under CC-BY-SA unless otherwise noted.