Professor Augustine Sycamore is the regional Pokémon professor of Pokémon X and Y, situated in the Kalos region.

Professor Sycamore is a middle-aged man, with black, curly hair, bluish eyes and some facial hair under his ears. Sycamore wears a blue shirt, black trousers with a yellow belt (which has the buckle shaped like a circle), and also wears orange socks and brown trainers with gray stripes. Sycamore also wears a brown watch on his left arm and often wears with his white lab coat when he is not conducting field research.

Sycamore is a cheerful professor, who likes to help others. However, Sycamore's cheerfulness leads him sometimes to be naive and even oblivious of events and people. When seeing there is trouble abound, Sycamore becomes determined to conduct research to assist others. Sycamore was Lysandre's friend, but was shocked to see Lysandre is Team Flare's leader.

The last name Sycamore comes from the "sycamore" tree.

His Japanese surname, Platane, comes from Platanus, the genus sycamore trees belong to.

Professor Sycamore was a student to Professor Rowan two years before moving to Kalos. He later studied at the Tower of Mastery in the hopes of learning to wield Mega Evolution, but decided that he was not strong enough, and left to become a Pokémon Professor.

He is characterized by his dark, unkempt hair, and the trademark white lab coat of all Pokémon Professors. He is noticeably younger than most Pokémon Professors in the series, and is even described in-game by a Backpacker as an "eccentric ladies' man". He seems to be fluent in both French and English. 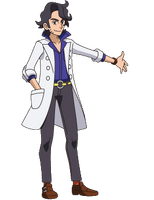 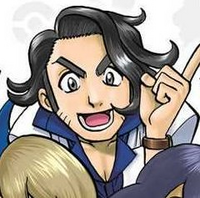 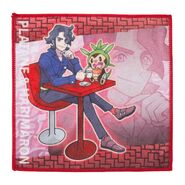 Professor Sycamore and his Chespin Handtowel