For the variant appearing in the games, see Professor Kukui.

Professor Kukui is a young man with a muscular physique, who has dark eyes, black hair, a black man bun and a goatee. He wears a white hat with a rainbow decoration in the front. Professor Kukui also wears glasses with a teal frame, a white lab coat with rolled-up sleeves, grey baggy pants with a teal stripe and white drawstrings and some teal shoes with a white outline. Professor Kukui has a silver ring on his ring finger.

As Masked Royal, Professor Kukui wears a wrestling outfit; black wrestling tights with a white trim which has three Poké Ball designs on each sides and white knee-high wrestling boots. He also wears a brown elbowband on his right elbow and two matching black wristbands with a white trim on his wrists. To complete the outfit, he wears a red flame designed wrestling mask with green and light blue coloring with blue designs at the back of his mask.

Professor Kukui is a helpful man, who dedicates his time to research. However, he sometimes gets into a conflict with Sun, due to the latter's rash behavior. Kukui is also a fan of battles, due to his alter persona, Masked Royal.

Professor Kukui gave Sun a Pokédex and a Litten.[2]

As Sun and Moon approached Kukui's laboratory, they heard him battling. Suddenly, he was launched out of the house and complimented his Rowlet and Popplio's attacks, then greeted Sun.[2]

Kukui met up with Sun, giving him the money his wife gave for the Pyukumuku cream. Moon reminded the two of her presence, so Sun went to introduce her to Kukui, as she was to meet up with the professor. However, Kukui was more glad about Popplio's bubble, in which he was. Bewildered that Kukui didn't think of running out of air, Moon pierced the bubble with an arrow. Moon yelled at the two, while the professor started to cry, as Moon came to Alola with a Rotom, which was nowhere to be seen in Alola. The group went inside Kukui's house, where Kukui showed an image of Rotom's forms. He stated an inventor from Kalos created a Pokédex that Rotom can enter in. Kukui had Sun place the Pokédex on the table, while Sun thought Moon came to answer Kukui's call.

Moon denied that, as the Rotom was not even her own, and was too weak to enter other devices. Rotom went to enter the Pokédex, but was scared off. Kukui was in shock and saw the Pokédex was damaged and smelly. Sun admitted it accidentally fell into a Mudsdale's dung and had to wash it off with ocean water. Kukui was enraged and started attacking Sun, forcing him to find Rotom back. After Rotom was returned, Kukui made another attempt to have Rotom enter the Pokédex, which was a successful one. The next day, Kukui ordered Sun to stop his activities, since he learned that Sun encountered Tapu Koko and didn't report it to Kukui. Sun apologized, but wondered if it was such a big deal. Furthermore, Kukui ordered Sun to get ready for the Full Force Festival, as he enlisted himself and Sun in it.[3]

The Masked Royal entered the Full Force Festival and was doing some training. Moon was startled by the man, while Olivia gave him a malasada, noting the man would battle Sun later on. Afterwards, the Masked Royal joined the other participants and walked to the stage, where he sent Rockruff to battle Sun's Dollar. Rockruff fired Rock Throw against Dollar's Ember.[4] After the two clashed, the Masked Royal noted how Sun was not enthusiastic about the battle. Sun confirmed, since there was no money he could earn from the tournament. The Masked Royal claimed Sun was the same as ever. Sun was furious about these words and tried to remove the Masked Royal's mask. As the man started yelling, Moon noticed how the Masked Royal had a familiar voice.

The Masked Royal approached Hala, admitting he thought the reward for winning the tournament would be to battle the Island Kahuna. Hala was honored, while the Masked Royal wanted to know why did Hala brought the Island Challenge through the tournament. Before Hala could answer, he had to go to the stage to monitor the battle between Guzma and Sun.[1] The Masked Royal and Hala continued to watch Sun battle Gladion, and were in shock when Sun's bandages came off, revealing a Sparkling Stone. They watched as a vortex shot a beam through Sun's stone and powered his Dollar up, enough for Sun to win the battle.[6]

Kukui greeted Sun and Moon, as the trio was on a ship to Akala Island. Seeing how close Rowlet had grown to Moon, Kukui let the latter keep Rowlet on her team. Sun yelled out, since he did not know why they were sailing away. Kukui reminded him he won the tournament, but lost unconsciousness. As Kukui took the control of the ship, he told how everyone believed Gladion would win the tournament. Sun was furious at that statement, but Kukui noted how Sun used the stone at the tournament to power Dollar up and won. Sun confirmed this, and was asked where did he get the stone. Sun explained Tapu Koko left the stone when he and Moon encountered it for the first time.

Hala called them and informed them he took the stone and was modifying it. Kukui suspected Sun would've sold the stone, but Sun heartily disagreed, as he would've returned the stuff and not sell something that didn't belong to him. Kukui apologized, and let Hala continue on. After Hala logged out, Kukui explained he got the delivery slips Hala gave him, and were sailing to Akala Island first. Sun also asked about the flying Pokédex, and was told by Kukui it is actually Moon's Rotom that entered the Pokédex. Sun was glad to have another ally, but was warned it actually belonged to Moon, who delivered it to Alola. After arriving to Akala Island, Kukui went to his wife's laboratory.[7]

There, Kukui contacted his wife, Professor Burnet, and brought some files she requested. He informed her that Moon went to Lush Jungle, while Sun went to Brooklet Hill. Kukui wondered how were things back home, and Burnet explained how Lillie was repairing the holes he had made, which made Kukui apologize for that. Burnet saw how Lillie wanted to be helpful, and even advised that she could become Kukui's assistant, joking how Kukui would let her use Pokémon moves and even repair the house. Kukui asked if Lillie said anything about herself. Burnet denied, but she thought Lillie actually forgot something. Instead, Burnet told Kukui how she discovered the Pokémon Lillie had, Nebby, was a Legendary Pokémon called Cosmog. She suspected Lillie was running away from something, and that Pokémon could have some involvement in that.[8]

Kukui went to Konikoni City, where he was to meet up with Sun and Moon at Aina's Kitchen. He was blown away by an attack, as Sun explained Moon, in order to train, was fighting a Lurantis. Kukui noted by the size of Lurantis, it must've been a Totem Pokémon from the Lush Jungle. After the battle was over, everyone set by the table and contacted Professor Burnet. The group discussed about the recent events, where the crack in the sky appeared, strange creatures have been appearing. They deduced it may had some connection towards Lillie and her Cosmog, nicknamed Nebby. The group thought these creatures could likely be Pokémon, and the crack in the sky was the other dimension. Since Burnet felt helpless to protect Lillie, Kukui advised her to take Lillie with her and meet up with him on Ula'ula Island. He called Sun, who was sleeping, and thought they spoke how he should quit the Island Challenge. Kukui stressed out that Sun has to continue the challenge, and they were going to Ula'Ula Island. As Kahili promised to return to Melemele Island and speak with Hala, Kukui wondered about the Trial Captains, whom Lana claimed they were going to assault Team Skull's headquarters.[9]

Sun was at the boat with Professor Kukui, who advised him to get some sleep. Sun accidentally fell on Rotom, who continued malfunctioning. Kukui believed Rotom suffered from excess electricity from the creature that attacked it, as it did not have any other internal errors. Sun remembered Rotom spoke out a strange word. Kukui remembered it was "Necrozma", but he did not have any idea what that could mean. Sun started questioning Kukui's professor title, but Kukui defended himself, since he studied Pokémon moves, and hoped his wife had more info about that. They were soon found by Burnet, who took Lillie with her by Mantine surfing. Burnet greeted her husband, and met up with Sun, who gave her Pyukumuku lotion, but was furious that he defeated the Masked Royal at the tournament. Suddenly, a Bruxish attacked everyone by emitting psychic powers. Later, Kukui woke up in a room inside Aether Paradise with his wife and Moon. The trio was soon greeted by Wicke and Faba, who let them look around Aether Paradise.[10]

Wicke and Faba gave them a tour around Aether Paradise. When Moon asked if they found a boy and a girl her age, Burnet feared the two may have been captured by Team Skull. Kukui comforted her, claiming it was fine this way, since the Trial Captains were heading to Team Skull's base to "have a talk with them", and would likely find Sun and Lillie.[11] The group was contacted by Kiawe about the meeting with Team Skull at Po Town, and sailed towards Ula'ula Island. Kukui believed a battle was raging on there; Burnet reminded they had no place to dock the boat, so Moon asked of them to get to shore soon, as she sent Rowlet to fly towards the battle site.[12]

Professor Burnet and Kukui later rejoined Sun and Moon, who encountered Tapu Bulu. Kukui gave the two a Mirage Berry to appease Tapu Bulu.[13] Professor Kukui helped in battling the Ultra Beasts on Alola Route 10. He and Molayne watched Gladion taking on Celesteela and Guzzlord with his Type: Null, and were amazed how much power the latter had to easily defeat the Ultra Beasts. Gladion reunited with his sister, Lillie. Burnet, Kukui and others were shocked to hear the two were siblings, who spoke about her mother, Lusamine, the president of the Aether Foundation, and her plans.[14] Nanu visited the group, but was disappointed to see there were no Ultra Beasts left for him to fight. He asked if Tapu Bulu appeared, but Molayne and Professor Kukui denied that.[15]

Burnet eventually discovered that her husband was the Masked Royal. Burnet was a bit furious at first, but forgave Kukui by standing by his side as a duo for the Battle Royale fights.[16]

Several months after the Ultra Beasts threat had passed, Professor Kukui contacted Moon, and admitted his happiness that she'd move into Alola region. He also explained what happened to their friends in the wake of her absence. Burnet greeted Moon, and told her husband it was time to go. Kukui agreed, and the two explained that they became a Battle Royal duo, who wore costumes under the names "Luran and Kommo". The two wished of Moon to arrive soon, and logged out.[16] 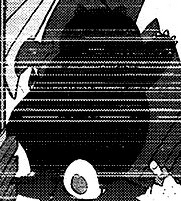 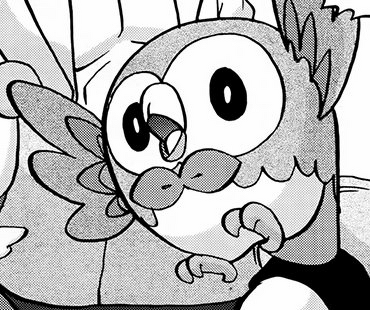 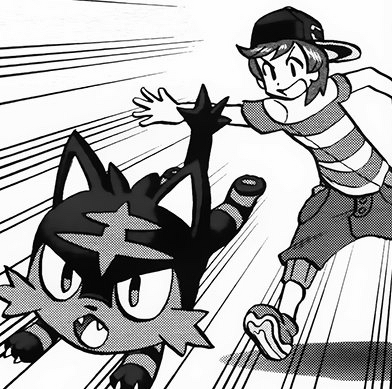 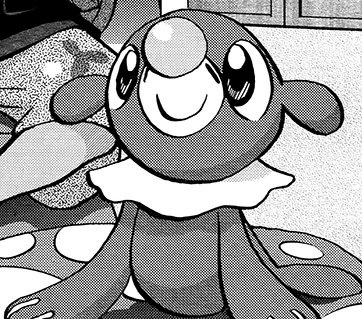 Disguised as Masked Royal
Add a photo to this gallery

Retrieved from "https://pokemon.fandom.com/wiki/Professor_Kukui_(Adventures)?oldid=1395562"
Community content is available under CC-BY-SA unless otherwise noted.