For the variant appearing in the games, see Professor Juniper.

Professor Juniper is a character appearing in Pokémon Adventures, who is a professor and researcher.

Professor Juniper and her father, Cedric, were working at the lab. Black, who was five years old, tried to get their attention by having battles outside their laboratory, but failed, until he was 14 years old.[1]

Professor Juniper was at her lab, talking to a person, stating she would entrust the children with the Starter Pokémon. Before having dinner, she went to get the Pokémon - Tepig, Snivy and Oshawott - back into their Poké Balls. However, she got a call from Fennel. The two were discussing about the Dream Mist until Juniper heard loud noises from the lab. She went to inspect, and became terrified that the Pokémon made a mess around. She noted that Tepig even caught a cold, as it was sneezing out smoke. She called the three Pokémon into their Poké Balls, and wondered if they were ready to be given to their trainers.[2] Regardless, she had the package delivered to Black, Cheren and Bianca. However, she didn't suspect that Black would've obtained the package first, and caused the Pokémon to get dispersed and the Pokédex to get wet.[3]

Cheren and Bianca came to Professor Juniper's lab, where they found the Starter Pokémon, who were hurt a bit. Juniper was in shock as to what happened, while Cheren and Bianca explained that they were waiting for the package to arrive, yet it never came. The trio also noticed the Pokédexes being wet for some reason. Bianca made the most out of the situation and picked Oshawott as her Starter Pokémon. Cheren was a bit annoyed that Bianca got to choose first, to which she replied that Snivy did look like Cheren, while Juniper was annoyed that things never went as planned, as she had Minccino tidy up the place. The trio noticed some footprints, and went to look for Black. It lead them to a tree, which Black was climbing it to reach Tepig. Cheren and Bianca were concerned, as it was too dangerous, but Juniper shushed them, since she wanted to observe the situation, and even considered forgiving Black. She did become shocked when Black's Musha went atop of its head, but Cheren and Bianca assured her it was fine. The two explained Black was only thinking of the Pokémon League, and had Musha eat those dreams to think clearly. The trio was happy to see that Black obtained Tepig and defeated its attacker, a Sewaddle. When Black was going to do his routine, Cheren and Bianca shut their ears, while Juniper was overwhelmed by his yelling to achieve his dream to conquer the Pokémon League. As Black took off, Juniper turned to Cheren and Bianca, who figured out that their Pokédexes don't work due to water damage. Juniper became concerned, as Black was the only trainer with the Pokédex.[3]

Cheren and Bianca had a battle in Professor Juniper's living room. During the battle, Snivy's Tackle threw Oshawott into Bianca's face, making her cry and have a tantrum. She ran around, whacking him, while her Oshawott did the same to his Snivy. Professor Juniper intervened, furious what happened to her room, and Cheren quickly apologized for making a mess, trying to get Bianca to apologize, too. Juniper showed that she was trying to repair the Pokédexes, but it took more time than she had thought. Bianca proposed another battle against Cheren in the meantime, but he shut her mouth, as Juniper became angry at them again. Since Cheren and Bianca could not contact Black, since he did not have a phone, they explained to Professor Juniper about Black's past. In the end, they stated they had to personally go to Black and tell him since he only ahd the working Pokédex, he had to take good care of it. As Bianca and Cheren went out, the latter believed Black was currently challenging a Gym, while the former was called out by someone. Bianca's father held his daughter, as he wanted her to go back home and quit the dangerous journey. Cheren believed they would have to wait a lot, while Juniper was a bit disappointed that while Black had been preparing for his journey for nine years, Bianca wasn't even ready for hers yet.[1] When Bianca and Cheren confronted Black, Cheren explained to Black how much damage the latter had done, and Juniper had been unable to repair their Pokédex, leaving Black with the only device that was working.[4]

Professor Juniper called Black on the Xtransciver. She reminded Black that he took off without even greeting her. Black jokingly stated that he was trying to get her attention for the past nine years outside her lab, to which Juniper yelled at him, as this was not what she had meant. She scolded Black for running off with Tepig, without the consent of the professor, ruined the Pokédexes and left a mess behind. Black was overwhelmed by her negativity, but Juniper stated it was nice for Black that he was challenging the Gyms, having evolved his Tep, solved the case of the missing Pokémon in Castelia City and filled his Pokédex with lots of data. Black stated his dream was to win the Pokémon League, and wanted to meet as many Pokémon as he could. Thus, Juniper advised him to go to Liberty Garden to encounter a Victini. When Black did so, he reported back to Professor Juniper about what Team Plasma grunts said about Victini. She was intrigued about the events that happened 200 years ago, and went to analyze more about Victini. In the end, she thanked Black for the information, and promised to contact him later. Later, Juniper finished her analysis on Victini, and mused to herself that Black was a good trainer for collecting data. Cedric appeared, commenting that skilled trainers had to brave dangerous situations. Juniper was pleased that her father has arrived to help her repair the Pokédexes. The two were alerted of Team Plasma's plans, as they tried to catch Victini and kidnap Bianca's Pokémon at Castelia City. Cedric confirmed this, and upon looking at his Samurott, started remembering an incident that had happened a year ago.[5]

While Cedric was with his daughter, she told him about the trainer, Black, whom she had given the Pokédex to.[6] Bianca called Professor Juniper on her Xtransciver from Castelia City. She showed Meloetta that she and White had encountered. Seeing how Pokémon can be amazing, Bianca announced her dream of becoming Professor Juniper's assistant, much to the latter's shock. Juniper reminded her that the Pokédexes were repaired and Cedric went to give it to her, for the mission to gather data on Pokémon. Bianca stated she had a substitute: White, who was a strong trainer, and cared a lot about them.[7] Fennel and Professor Juniper were walking to meet up with Cedric at a mountainous area. Fennel was having trouble on the rough terrain, but Juniper urged her to continue, until they saw Cedric, along with Black and White, fighting N. Hearing about his research experiment for the Starter Pokémon, Juniper and Fennel descended down. Juniper confirmed Cedric's statement, and listened as Cedric explained that N was the man who released all of his Starter Pokémon. N, however, blamed Cedric and his daughter, for they were taking Pokémon's freedom away. Juniper denied N's words, as they were improving relationships between people and Pokémon. N denied, for his Zorua had seen that Professor Juniper got angry at her Pokémon for trashing her laboratory, having no regard over their feelings and simply shipped them away to their trainers, instead of giving them in person. N blamed her for viewing Pokémon as items, to which Professor Juniper became silent.[8]

Cedric, Fennel, Amanita, White and Professor Juniper tended to Black, was still unconscious to witness his Musha abandoning him. As they were discussing about N, Juniper became terrified, as she didn't suspect someone was watching her from her own windows. After Black woke up and left to face Drayden, Cedric and Professor Juniper were approached by Caitlin and Marshal. Marshal told that the Gym Leaders were somewhere in Unova region, while Caitlin used her psychic powers to focus and attempt to find them.[9] Much to their surprise, the group saw on TV as Drayden announced that Black was the 32nd participant. Realizing he defeated Drayden and obtained the last badge, the group stormed out to meet up with Black.[10]

Amanita was observing the challengers at the Pokémon League, and wondered who would face Black in the finals. Fennel asked of her to focus, as they had a lot of research to do. Professor Juniper arrived, surprised that Fennel had scattered a lot of research papers around. Fennel explains Drayden gave the permission to use the room for research purposes, and was pleased that her research on dreams would soon be finished. She was a bit concerned about Juniper leaving the lab empty, to which Juniper replied that she left Bianca in charge, and was happy with her work. Furthermore, she mentioned that her father was investigating Team Plasma's activities, while White was doing some work with Brycen. Fennel remembered White as the president of BW Agency, while Juniper filled her in that she became a trainer with the Pokédex, after her trials in the Battle Subway, and even gained Juniper's trust, too.[11]

The researchers were shocked to see Cheren taking Black to the rooftop to continue their battle.[12] Professor Juniper observed as Black awakened Reshiram.[13]

Juniper was stationed at Striaton City, where she feared other cities were frozen, too. Cedric reported Team Plasma had taken control of Kyurem, which made Juniper wonder where the Gym Leaders were. Cedric told the status Roxie, Marlon and Cheren were unknown; Bianca started to cry, and Juniper tried to comfort her, as she feared Cheren was lost, too. Fennel explained she made a progress in her research, though Juniper thought it was not time for such things. Fennel yelled at her, and explained that Black, who was sealed in the Light Stone, was still alive, hence why she sent White to find the Light Stone in Entralink.[14] 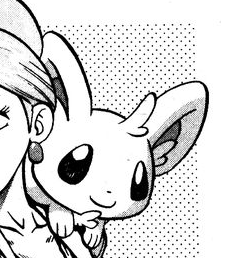 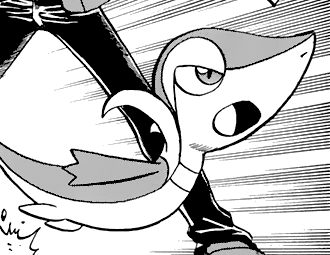 Retrieved from "https://pokemon.fandom.com/wiki/Professor_Juniper_(Adventures)?oldid=1157216"
Community content is available under CC-BY-SA unless otherwise noted.