Professor Jacuzzi in other languages

Professor Jacuzzi is a character appearing in Pokémon: Advanced Challenge.

Due to a town being overrun by Gulpin, Jacuzzi was asked to come to help in the town's defense. Jacuzzi was certain the Gulpin, who come each year to the town, were eating the food supplies. In order to counter them, Jacuzzi launched a large Poké Block to attract the Gulpin. Team Rocket arrived and they took the Poké Block, but were defeated by the heroes. Though the Poké Block flew off, with Gulpin going after it, Jacuzzi was certain the Gulpin would return back. During the night, just as the Gulpin were emerging out of the sewer, Jacuzzi arrived with his vehicle. He targeted his machine, which blew Gulpin far away from the town. Just as Jacuzzi was to blow away the last one, his machine turned off. Jacuzzi managed to repair the machine quickly, but it engulfed the Gulpin and Ash's Treecko. Gulpin launched an attack inside the machine, damaging it and causing both Treecko and Gulpin to become enormously large. After Treecko battled Gulpin and shrank down to its original size, Jacuzzi tried to use his Poké Ball to catch Gulpin, but failed. Instead, Nurse Joy gave Jacuzzi a Heavy Ball, which managed to capture Gulpin. Despite being captured, Gulpin was still quite big, so Jacuzzi promised to find a way to restore it back to its original size. 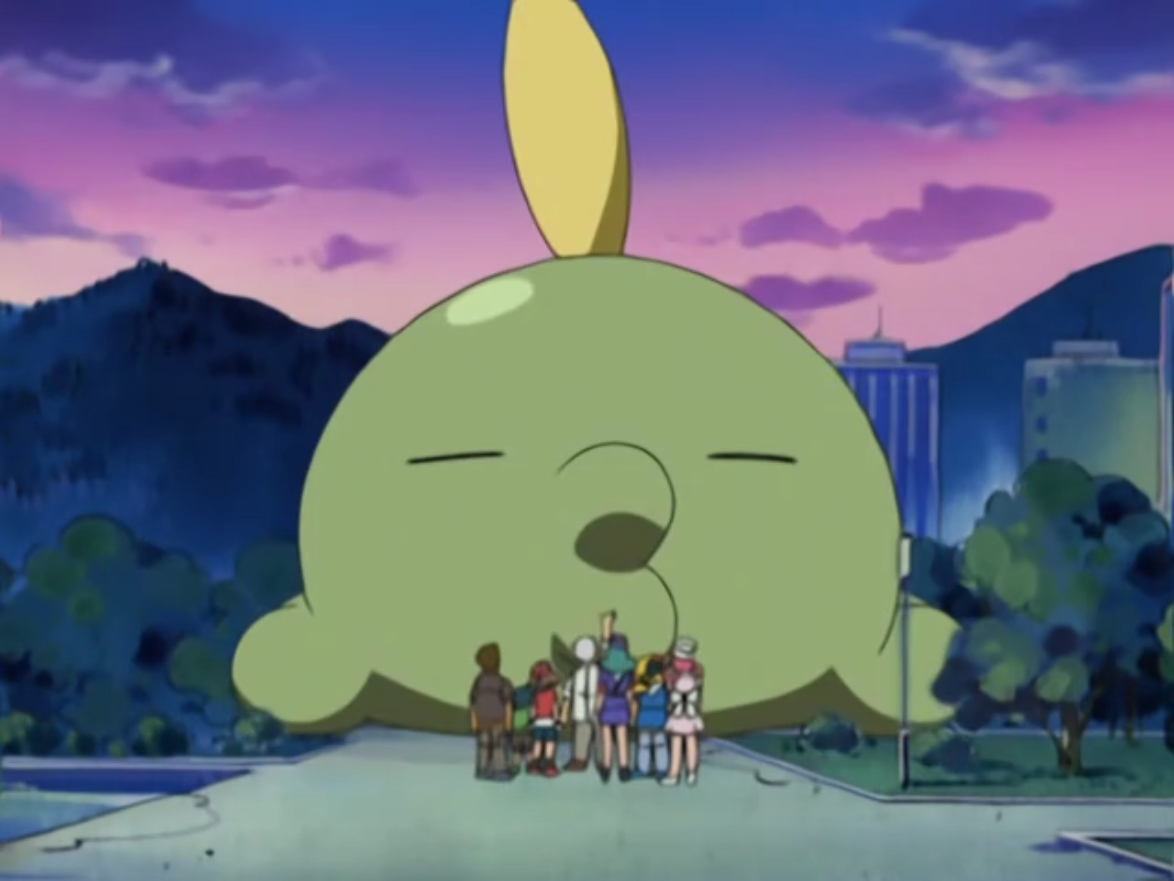