Princess Allie in other languages

Princess Allie is a character appearing in Pokémon the Series: XY.

Princess Allie is the owner of her own mansion. Due to her spoiled nature, she took away Count Shabboneau's Poké Flute, even if he was actually in debt to her father. Since the Flute was to be used to wake up a Snorlax near Shabboneau Castle, the heroes went to retrieve the Flute from Allie. Allie came to the heroes, calling them as "garbage", but took an interest into Ash's Pikachu. Since Ash refused to trade Pikachu for money, Allie battled him, using her own Furfrou. However, Pikachu hit Furfrou, so Allie canceled the match, since Furfrou's hair has been messed up. Allie still refused to hand over the Flute and, to add further insult to injury, claimed that the rules were Ash would hand over Pikachu if she would lose. Clemont became angry at her selfishness and confronted her. Allie was charmed and gave the Flute back, but took Clemont into her mansion. Before the day ended, however, Clemont escaped, leaving a dummy, which exploded as soon as Allie approached it. 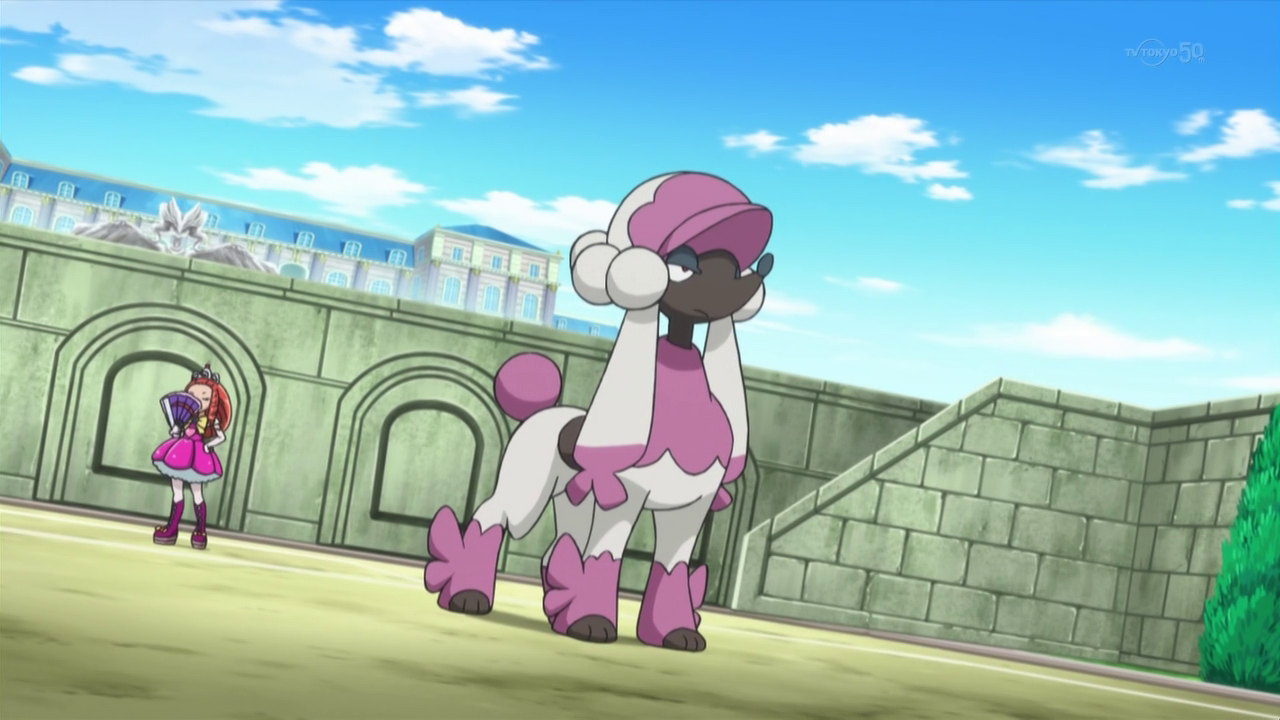