Poncho is a character appearing in Pokémon: Advanced Challenge.

Poncho and Ludicolo approached the heroes, where they started dancing and playing music. Seeing Ludicolo, Brock sent Lombre, which Poncho remarked how well-trained it looked. Poncho wanted the sandwiches they had and made a bet with Ash that if Poncho won, he'd have the sandwiches, but if he lost, he'd have to buy everyone cheeseburgers. Ash sent Corphish to battle against Ludicolo. Ludicolo, however, managed to dodge Corphish's attacks or use Protect, then hit it with Focus Punch and Hyper Beam. Poncho won the battle and took the sandwiches, but later on, he felt he should not've taken the sandwiches and wanted to return them. Just then, Corphish arrived for a rematch and was really angry, even if Poncho tried to calm it down. Team Rocket managed to snatch Poncho and Ludicolo, but Corphish jumped off a tree and pierced their balloon. The heroes came, assisting Corphish in battle, who managed to blast Team Rocket off. Poncho was grateful and even ate some of Brock's stew. In the end, Ash had a rematch with Poncho, using Torkoal against his Ludicolo. 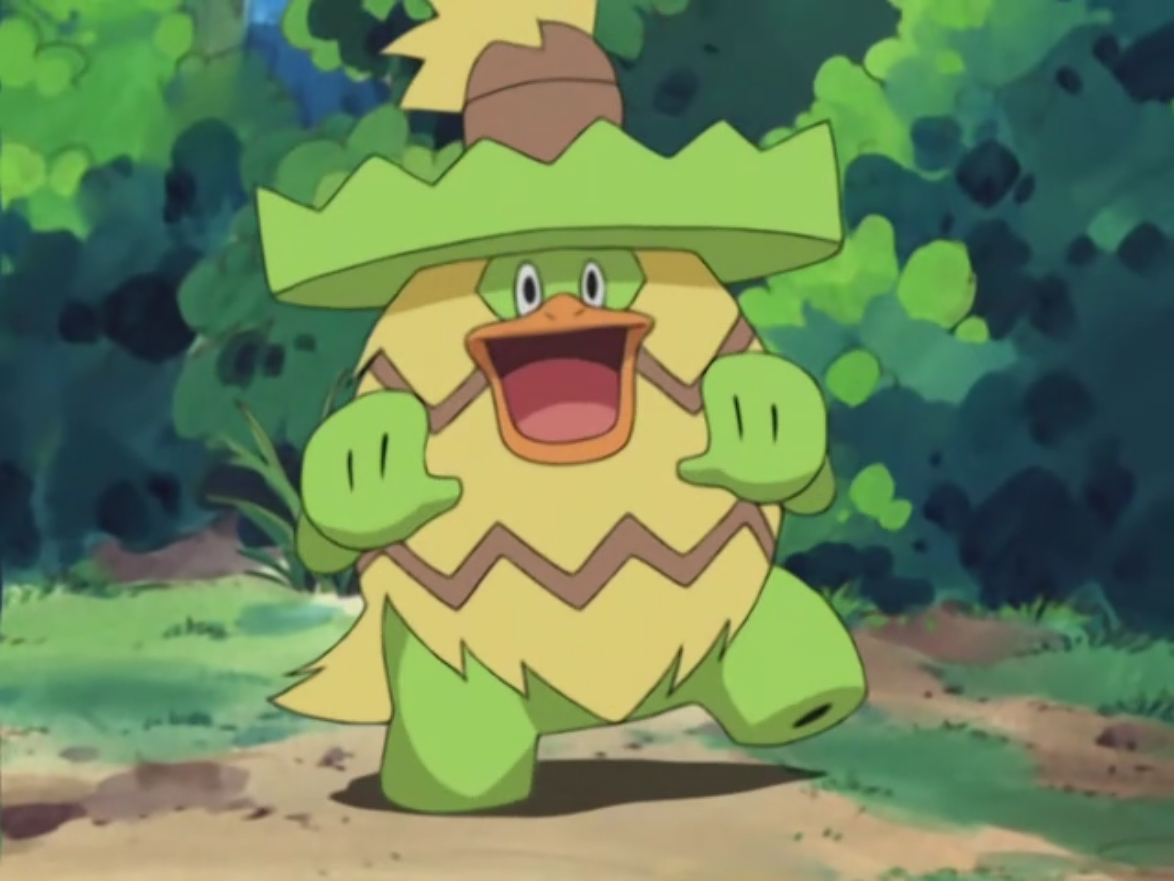