Pokémon the Series: Sun & Moon, known as Pocket Monsters: Sun & Moon (ポケットモンスター サンムーン and 포켓몬스터 썬&문, Poketto Monsutaa: San & Muun and Poket Monseuteo Sseon & Mun) in Japan and South Korea respectively, is the seventh series of Pokémon the Series, which follows the seventh generation of Pokémon. It was revealed by the television network TV Tokyo on September 12, 2016, which released information about this series, like the logo and the new look of the main protagonist Ash Ketchum.

In this new series, Ash arrives in the Alola region with his Pikachu to continue his quest to become a Pokémon Master. However, rather than traveling, Ash enrolls in the Pokémon School on Melemele Island and stays with new teacher Professor Kukui, along with new classmates Sophocles, Mallow, Lana, Kiawe, and Lillie. The series focuses on Ash's experiences with his new friends at the school, as well as his progress in the island challenge to collect Z-Crystals qualify as a Z-Move user.

In South Korea, the series is split into eight airing periods. They are: 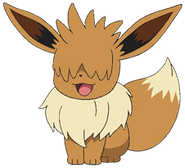 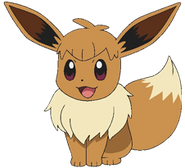