Pokémon Trainer is the term commonly used for a person who catches, occasionally names, and trains several different kinds and types of Pokémon.

Pokémon Trainers generally start their journey at the age of 10 (11 in Alola), when they receive their first Pokémon. However, they can start later. In the Unova region, the playable character is around 16 to 17, not ten. The starter Pokémon that Pokémon Trainers receive depends on what town they live in and which region they live in.

Most Pokémon Trainers have a common goal: to be the ultimate Pokémon Trainer, a prestigious title which is only obtainable by defeating the Elite Four and becoming the Pokémon Champion. Few, however, succeed in this aim except Ash Ketchum, the male protagonist of the anime and movies who never gives up on his dream. He travels the Pokémon world in a mission to catch every single different Pokémon and add it to his Pokédex. By his side is always his trusty electric mouse Pokémon, Pikachu.

There are almost as many Pokémon Trainers as there are Pokémon. Each one uses different Pokémon, a different fighting style, and a different attitude. There are usually different levels of Pokémon Trainers in terms of difficulty, Ace Trainers often being the strongest. Red is the strongest Trainer in Pokémon Gold and Silver, Crystal, HeartGold and SoulSilver. His Pikachu is level 81 in Generation II and 88 in Generation IV, making Red the toughest Trainer to beat. It is unlikely that the player could beat him unless all of their party Pokémon were at least in their mid-eighties in level. 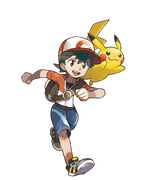 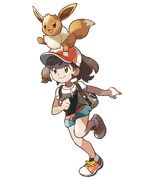 Juliet
Community content is available under CC-BY-SA unless otherwise noted.