Pokémon Omega Ruby Japanese boxart.
Pokémon Omega Ruby (ポケットモンスター オメガルビー, Pocket Monsters Omega Ruby) and Pokémon Alpha Sapphire (ポケットモンスターアルファサファイア, Pocket Monsters Alpha Sapphire) are the primary paired Generation VI games that are enhanced remakes of the third-generation titles Ruby and Sapphire. The new games were revealed in a worldwide announcement on the official Pokémon websites on May 7, 2014, and were released on November 21, 2014* in Japan, North America, South Korea, and Australia. It was released on November 28, 2014, in Europe.

Omega Ruby and Alpha Sapphire is a remake that adds new life to many concepts from the original Ruby, Sapphire and Emerald games. Several things are remodeled, as can be seen in the trailers.

Several Pokémon now have a Mega Evolved form. The most notable ones are the region's starters. Sceptile and Swampert are now capable of Mega Evolution, along with Blaziken (who has already received a Mega Evolution in X and Y). In addition to that, Sableye, Metagross, Salamence, Altaria, Lopunny, Slowbro, Audino, Camerupt, Sharpedo, Gallade, Rayquaza and Diancie can also Mega Evolve. Players can use Mega Bracelet to Mega Evolve Pokémon.

This is the new method opposite to evolution. Currently, only Groudon and Kyogre have Primal Forms.

Omega Ruby and Alpha Sapphire are the first remakes to feature a 3D gameplay. The player can now move in all 8 directions. Some areas are also in 2D.

The starters are the same as they were in the original Pokémon Ruby and Sapphire: Grass-type Treecko, fire-type Torchic, and water-type Mudkip. The player has to choose one of them at the start of his or her journey.

Secret bases make a return in Omega Ruby and Alpha Sapphire as Super Secret Bases. Everything from the previous Pokémon games’ Secret Bases returns. The player is able to share secret bases using Street Pass or QR Codes, and can also make people his or her "Secret Pals" if he or she visits another person's base.

Sky Encounters are a new type of encounter introduced for the first time in Pokémon. This encounter can be achieved while riding Mega Latios or Mega Latias in Omega Ruby or Alpha Sapphire respectively.

Changes from Ruby, Sapphire and Emerald

Omega Ruby and Alpha Sapphire are the first of their kind to have a demo. This demo contains a mini-story of its own where the player, named Orlando, is in Mossdeep City and visits Mirage Spots with Steven Stone.

This is an in-depth walkthrough of the games and has steps to finish the game and the Delta Episode. 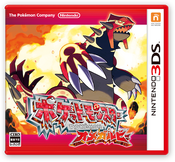 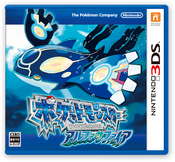 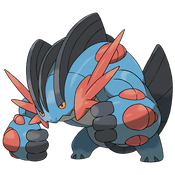 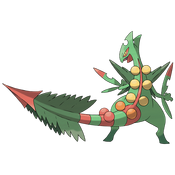 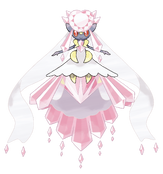 Mega Lopunny, one of the many added Mega Pokémon