Pokémon Wiki
Register
Don't have an account?
Sign In
Advertisement
in: Articles with incomplete sections, Pokémon Games, Side Games,
and 2 more
English

For the only English ending song, see "Pokémon Go!".

Pokémon GO is an Android and iOS free-to-play game.

The game is based around catching, trading, and battling Pokémon in real life through augmented reality, using Android and iOS devices.

Pokémon GO Plus can be separately purchased to work along with Pokémon GO. The device will enable the wearer to effectively search for Pokémon through the use of Bluetooth for the Apple or Android mobile phone.

These bonus experience points are affected by experience multipliers. To make the capture easier, the trainer can use either a Great or an Ultra Ball to catch the Pokémon, or a (Golden) Razz Berry to help its odds of catching the Pokémon. Similarly, a Pinap berry can be used to earn double the amount of Pokemon candy. A Nanab berry will calm the Pokémon down, making it move less. A camera can also be used to take photos of the field. Once the Pokémon is caught, the trainer receives an amount of Stardust and the captured Pokémon's respective candy. In the Raid Mode when the player or groups are successful in defeating the Raid Boss, trainers have an opportunity to capture the Pokémon in a Bonus Challenge. Also, Silver Pinap Berries can increase catch rate and more than double the amout of candies earnt.

A coloured circle indicates how difficult to catch a Pokémon is:

The color of the ring can be influenced by the used Pokéball's type and with the use of a (Golden) Razzberry.

To evolve a Pokémon, the Trainer must give the Pokémon some candies, which are obtained through the game by catching other Pokémon, hatching Pokémon Eggs, transferring Pokémon to Professor Willow or walking a specific distance with a Pokémon chosen as a buddy. The candy is only compatible with its respective evolutionary line, e.g. Squirtle candies can only evolve Squirtle and Wartortle and no other Pokémon besides them. Pokémon with three-stage evolution need 25 candies to evolve for the second stage. Pokémon with two-stage evolution and second evolved form for three-stage evolution require 50 candies. Baby Pokémon need 25 candies to evolve. These are exceptions:

Some examples for candy requirements include:

Levels are displayed as such in Pokémon GO, adverse to previous Pokémon titles. The Pokémon's level determines it's CP or Combat Power and vice versa. A pokemon may be powered up by using candies and stardust. The required amount of each grows exponentially. The limit of a Pokémon's CP is determined by the trainer's level.

The trainer can also hatch eggs, allowing them to obtain rare-to-find Pokémon. The trainer has to visit and spin a PokéStop to obtain the egg. To hatch the egg, the trainer must place it in an Egg Incubator (which can be found or bought in the in-game shop), then walk a specific distance. Riding a vehicle will not count as progress, as one must be going under 20kmph (12 mph) for movement to count. There are four main types of eggs: 2 km, 5 km, 10 km, and 12 km to hatch. You can also get a 7 km egg from a Friend's gift. Eggs that require a longer distance traveled to hatch, usually give rarer Pokémon. Hatching eggs also gives a larger amount of Stardust and candies. Some Pokémon are also only capable of hatching from eggs depending on what region of the world the egg is obtained from. For instance, a Tauros can only hatch from eggs obtained in the United States.

NOTE: Pokémon hatching from eggs are constantly updated. It is best to check the in-game news or a dedicated group's announcements for relevant information.

Raid Battles occur when a Boss Pokémon takes over a Gym. Your goal is to defeat this powerful Pokémon. If you and your fellow Trainers are successful, you’ll be rewarded with special items and a chance at catching that Pokémon.

Raid Battles aren’t your typical Gym Battle; your opponent is more difficult to defeat than most other Pokémon. Raids have five tiers of difficulty, ranging from one to five. The higher the difficulty, the stronger the Raid Boss and the more players you’ll need in order to succeed.

The most exclusive raids are EX Raid Battles, where you’ll have an opportunity to catch the most sought after Pokémon. Unlike other raids, you need to be invited to attend an EX Raid at a specific Gym at a specific time. If you are selected to participate in an EX Raid, you will receive an invitation in advance so that you can coordinate and strategize for the chance at defeating the powerful EX Raid Boss.

You’ll receive a notification of Raid Battles happening nearby. You can also use the Nearby feature to locate raids happening around you.

Before the raid begins, a Raid Egg will appear on top of the Gym. A countdown will display the time until the Egg hatches and the battle begins. Don't worry if you miss a chance to join a Raid Battle as they happen frequently.

To participate in EX Raid Battles, you need an EX Raid Pass. An EX Raid Pass serves as an invitation to join an EX Raid at a specified time and place. You will receive a notification when you receive an EX Raid Pass stating where and when your EX Raid will occur. You can review the details of your upcoming EX Raid by viewing the EX Raid Pass in your inventory.

Get a Raid Pass

Raid Pass You gain a Raid Pass by spinning the Photo Disc at a Gym. You can only hold one Raid Pass at a time, and you can only receive one per day. This pass grants access to Tier 1-5 Raid Battles.

EX Raid Pass This pass grants you access to an EX Raid. This pass can only be used at a specific Gym at a specific time. To receive an EX Raid Pass, you must have successfully completed a raid recently by defeating a Raid Boss at the Gym where the EX Raid Battle will be taking place. To increase your chances of receiving an EX Raid Pass: Join more Raid Battles. The more Raid Battles you successfully complete, the greater your chances to receive an EX Raid Pass. To increase your odds even more, try completing raids at a variety of different Gyms. Earn more Gym Badges. Trainers with a high-level Gym Badge are more likely to be invited to EX Raid Battles taking place at that Gym.

Remote Raid Pass To help fight the new coronavirus pandemic, Niantic (the game's developer) implemented remote raids. In order to participate in a raid remotely, you need to buy a special raid pass from the shop. Remote raiders deal less damage than local ones. You can only join a raid remotely if you can see the gym on your nearby map.

A device, called Pokémon GO Plus, can be worn as a bracelet to enhance the game-play.

The trainer can receive experience to level up and gain new items and unlock other ones. Level up the player character will receive rewards, which includes Poké Balls as well as other valuable Pokémon Go items.

At level 5, trainers can conquer Gyms from battles against opposing Teams. One player may leave his or her Pokémon at gyms in order to earn Poké Coins. A trainer may earn 10 Poké Coins per 10 minutes defending a gym, but there is a 50 Coin limit daily. (This limit resets every midnight, local time)

Combat Points or CP, is an indicator of a Pokémon's power, be it a wild or a trainer's Pokémon.

In Pokémon GO, several achievements, called Medals, can be obtained, through the game, mostly by capturing a certain amount of Pokémon.

In Pokémon GO, some items can be received through leveling up. However, the trainer can also buy them by using PokéCoins, which is the currency in-game. 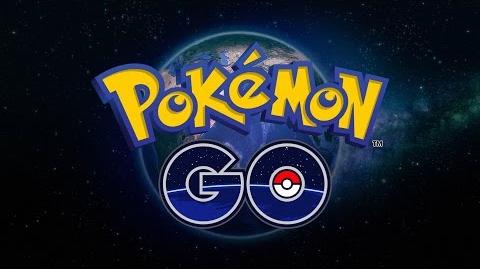 Discover Pokémon in the Real World with Pokémon GO! 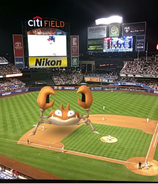 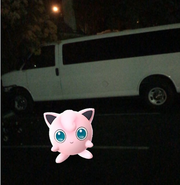 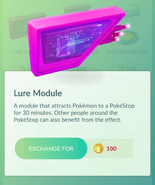 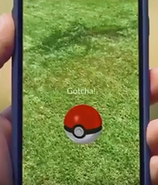