Pokémon: Twilight Wings (の, Poketto Monsutaa Hakumei no Tsubasa, Pocket Monsters Twilight Wings) is an animated mini-web series that is based on the Pokémon Sword and Shield video games and also acts as its prequel. These bite-sized adventures run between five to eight minutes long and consists of a total of seven episodes, in addition a special episode.

Galar is a region where Pokémon battles have developed into a cultural sensation. Over the span of seven episodes, "Pokémon: Twilight Wings" will show in detail the dreams of Galar's residents, the realities they face, the challenges they must overcome and the conflicts they must resolve. In addition to these new stories, fans can expect to see a variety of Pokémon originally discovered in the Galar region appearing in the capsule series.[1]

In other languages and countries 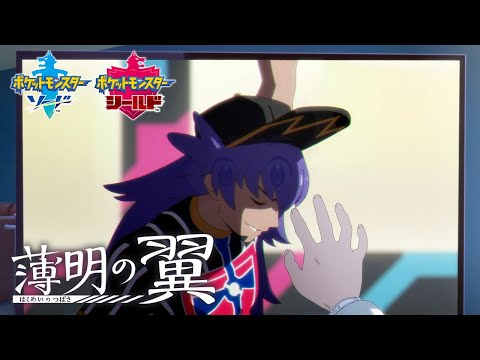