For the variant appearing in the games, see Plumeria.

Plumeria is a character from Pokémon Adventures.

Plumeria is a young woman with golden-yellow eyes and pink hair with yellow highlights. She wears a black sleeveless tank top with an X pattern under it, black, baggy pants with white zigzag patterns, and grey sneakers. Plumeria also wears a black bracelet on her left arm, a grey locket with the Team Skull logo, and a pink Skull tattoo on her belly.

Despite her tough-looking persona, Plumeria is concerned over Guzma, the leader of Team Skull.

Guzma was given a Cosmog for his alliance with the Aether Foundation. Plumeria tried to warn him of the possible danger. However, Guzma ignored her, and trusted the organization, pleased that they gave him a powerful Pokémon.[1]

Plumeria had Salazzle, using Venom Drench, attack Gladion and Type: Null. Gladion evaded the attack and had Type: Null retaliate with Air Slash. Plumeria faced Gladion, seeing he was the new enforcer whom Guzma had hired. Plumeria introduced herself as Team Skull's admin, but Gladion remained silent. The Team Skull grunts started yelling at Gladion, but were silenced by Plumeria, and Gladion compared her to Salazzle. He noted Salazzle emitted pheromones to attract male Salandit, and admitted a woman as a leader slightly intimidated him. Plumeria's Salazzle used Dragon Tail on Type: Null, and she explained Gladion was no member of Team Skull, and was in no position to make these "stunts". Regardless, she let him follow her and defend their territory.[2]

Plumeria accompanied Guzma to the balcony to confront Trial Captains and Hau,[3] whom Sun joined.[4] She and Guzma were blown away when Lighting attacked everyone.[5] Plumeria tracked Faba down at the Vast Poni Canyon. Just as he went to execute his plans, Plumeria intercepted him, demanding to know where her boss was. Faba pretended not to know who Guzma was. Plumeria saw through his ruse, and showed the Pokémon in Faba's interest - Cosmoem. Faba frowned, but Plumeria simply wanted answers. Faba tried to apologize for thinking they were vandals, but since she tried to blackmail him, he had Hypno use psychic powers to take Cosmoem from her. Declaring that the Aether Foundation spent much of its resources to summon the Ultra Beasts, Faba frowned that mere children had interfered their plans, and was glad that at least Cosmoem was to return to him. Plumeria called him a disgusting idiot, and her Salazzle sneak-attacked his Hypno, poisoning it. Soon after, Anabel and Moon confronted Faba, and eventually fought him and his forces. Plumeria tried to keep Cosmoem, who released itself from her grasp and flew away.[1]

At Aether Foundation, as Faba was preparing for Lusamine's arrival, he ordered Plumeria to "collect some venom and control it."[6] Plumeria dressed herself up as Moon, whom Faba captured.[7] Plumeria took Moon's bow for the mission, while Faba took Moon's Pokémon in the Secret Lab B section of Aether Foundation.[8] Moon asked Plumeria why did Faba order her around. Plumeria cut the talk, and asked why Moon came from the crack in the sky, but Guzma did not. Moon had no idea Guzma was still missing, while Plumeria walked away. She went to Mount Lanakila, where she was shooting poisonous arrows at Sina, Dexio, Lusamine and Lillie, to fulfill Faba's order to kill Lusamine. Lillie, who saw Plumeria dressed like Moon, assumed she still thought Lusamine to be a threat, and pleaded her not to shoot.[9]

Plumeria, dressed as Moon, knocked some arrows to hit Lusamine. In truth, her Salazzle fired the poisonous bolts to wound the enemy. Lillie's Cutiefly paralyzed Salazzle and defeated it, while Sina bounded Plumeria's arms and dragged her down. Plumeria was annoyed that Faba didn't warn her of Lillie's Cutiefly. Lillie admitted she also didn't think Cutiefly would battle, and believed it due to other people supporting her. Plumeria was disgusted, stating the Aether Foundation employees were all the same, considering they only conned people like Team Skull in order to do their bidding. Lillie tried to convince her that Lusamine wasn't all that bad, but Plumeria denied that, considering her mother didn't even care about Lillie, and even abandoned her daughter. She suspected she did the same thing to Faba, and was utterly devastated to see only Lusamine came out of the Ultra Wormhole, but not Guzma. Lillie was surprised to hear about Guzma, and told Plumeria that he had returned, but Plumeria didn't believe her. When Plumeria stopped attacking, Lillie called Wicke on the phone, who used a video link to show Plumeria that Guzma was still alive on Exeggutor Island. Plumeria was in shock to see Guzma in bed. She kneeled down to see Guzma well, who was uncertain why was he wearing patient clothes.[10] 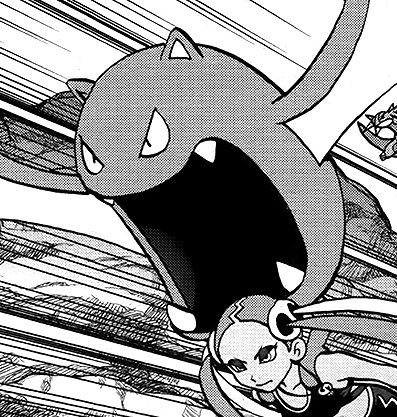 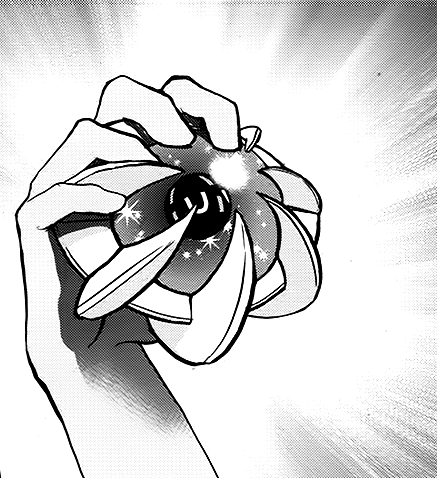 Retrieved from "https://pokemon.fandom.com/wiki/Plumeria_(Adventures)?oldid=1189558"
Community content is available under CC-BY-SA unless otherwise noted.