For the variant appearing in the games, see Dawn.

Platinum, in his ordinary appearance, and in his Super Contest outfit.

Platinum, full name Platinum Berlitz, also known as Lady (Missy in the Chuang Yi translation), is a character in Adventures, who is also one of the Pokédex Holders of Sinnoh.

At the beginning, Diamond and Pearl thought she was their tour guide, with Diamond taking an early interest in her and Pearl getting a little annoyed and perplexed regarding her attitude.

This section, or a part of it, has been transcluded from Dawn; any changes involving it should be made there instead. /

Platinum is a short young girl with navy blue hair, fair skin and dark blue eyes. She is usually seen wearing a white beanie cap with a pink Poké Ball design on it. She has a pink Pokétch on her left arm. She also wears two rings, with a diamond and a pearl encrusted on each of them.

Platinum wears an outfit slightly more suitable for the colder weather in Sinnoh: she wears a long sleeved red sweater dress with multiple pink buttons on it, a white scarf, and a white bag. She also wears white knee length socks instead of black ones, pink hair clips instead of gold ones, and lighter colored pink boots with white buttons.

Platinum is a well mannered and elegant member of the Berlitz family. She is often described as a princess and because of her heritage she starts off as rather aloof and refuses to tell her name to "commoners". However, she has made an effort to be less so, even biting back on impulse and telling Buck her name.

Owing to being sheltered for a long time in life, she shows signs of enthusiasm at trying anything new. For instance, her excitement at going down in a coal mine on a tour resulted in her getting attacked by Kricketot. She sometimes has a naivety about the Pokémon world and its customs. In example, she had never heard of Gym Battles or Pokémon Contests until her journey.

She is very knowledgeable since the beginning of her journey, but she's decided that it's better to experience things rather that just reading about them, making her the chosen one of Uxie. Due to her connection with Uxie, she is given the title of "Understander".

Prior to starting her Pokémon journey, Platinum was born into the Berlitz family, well known for their wealth and generations of scholars. Due to this fame, she became well acquainted with Professor Rowan. This led to her possession of the Pokédex and the three Sinnoh starters, which she was meant to provide her bodyguards. The original purpose of her Pokémon journey was to continue the Berlitz family tradition, by traveling to Mt. Coronet and obtaining a specific material used in creating the Berlitz crest.

She didn't know that Diamond and Pearl were her bodyguards and she thought about it when she learned the truth but she still kept the two of them because of their friendship. She is being taught by Diamond and Pearl how to battle.

Whenever she is battling a Gym Leader, Diamond and Pearl give her some tips. She met Cynthia while training for her battle with Gardenia. In later chapters, she swears to defeat Team Galactic's plans and forgives Diamond and Pearl for lying.

Platinum makes another appearance in the Platinum arc. She bought a Villa after Steven Stone sold it before leaving back to Hoenn. Platinum planned to turn it into her Battle Zone base.

Platinum was mentioned in ORAS chapter 15 when Ruby questioned who the Berlitz family was. 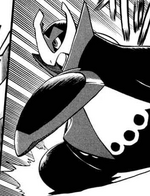 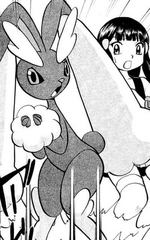 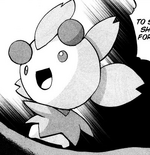 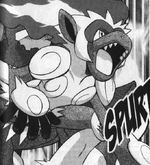 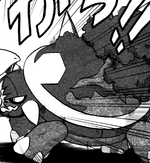 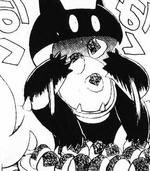 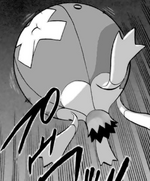 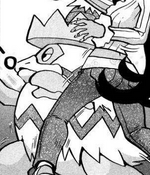 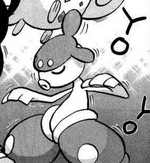 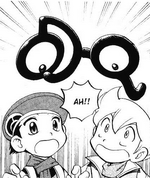 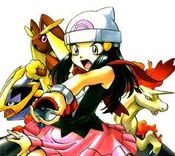 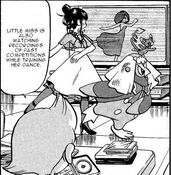 Platinum and Prinplup getting ready for a contest 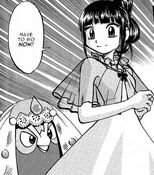 Platinum and Prinplup in a Normal Rank Contest 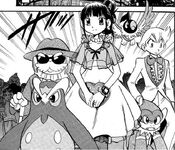 Platinum ready for the contest

Platinum determined to read the letter

Platinum introducing herself to Looker 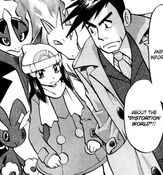 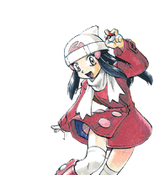 Platinum in the Platinum series