Pikipek resembles a small woodpecker. It is black in color, with white feathers, blue eyes, and red stripe atop its head and black-and-white plumage. It has a gray, black-tipped beak, as well as gray feet.

Pikipek drill holes in trees for food storage. However, they also adore small, shiny objects, and will take these and store them in the aforementioned food holes.

Pikipek is capable of pecking 16 times in a single second.

Pikipek is based on a woodpecker, most likely from the genus Dryobates, which are characterized by their small size.

Pikipek comes from Picus (Lation for "woodpecker") or pick and peck. 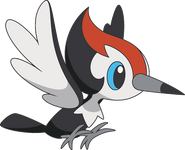 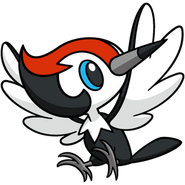 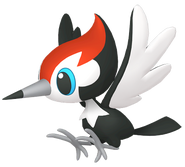 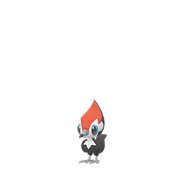