For the variant appearing in the games, see Phyco.

Phyco is a character appearing in Pokémon Adventures manga.

Despite meaning well and trying to accomplish his goal, Phyco is a naive man.

Ultra Recon Squad thought of contact the Aether Foundation to help them with the Blinding One. Soliera didn't trust that organization, unlike Phyco, who went to speak with its president, Lusamine, which Soliera thought he just wanted to clear the crimes of his ancestors.[1]

Phyco came out of an Ultra Wormhole, and met up with Lusamine, who was expecting him. Phyco apologized for being late, as he had to take Naganadel, instead of Lunala, who was taken away by two children. Lusamine thought Naganadel was beautiful, and tried to touch it, but Phyco warned its pins were poisonous. Lusamine thought it was a Poison-type Pokémon, and sent her entire Pokémon team to fight it, demonstrating Phyco how to weaken the Pokémon and catch it. Phyco was interested in what she was doing, and saw as Lusamine took the Beast Ball and caught Naganadel. Phyco was amused, but panicked, as he had no Ultra Beasts left to go back home. Lusamine had thought of that, and sent Naganadel, who obeyed her commands, and had an idea how to get the Beast Balls to the Ultra Megalopolis. Before they went to the city, Lusamine, Phyco and the Aether Foundation Employees went to Nagandel's homeworld, and eventually came to Ultra Megalopolis. Phyco greeted Zossie and Soliera, his team mates, and introduced the president of the Aether Foundation, Lusamine.[2]

Phyco became disturbed as he witnessed Lusamine fusing with the Ultra Beast, Nihilego. When Lusamine ordered her employees to attack Necrozma, Phyco asked why would she do that, as the contract that they signed only permitted her to deliver the technology to capture Necrozma. Lusamine, however, replied that she could not let afford to let them make a mistake of releasing Necrozma by accident.[3] As Lusamine followed the Blinding One to the tower, Phyco feared that the Blinding One would consume Alola's light after it would be caught. As Zossie and Soliera took the elevator, Sun and Moon went on Phyco's Naganadel, and flew towards the top. Phyco admitted his mistake, as Soliera warned him not to trust the Aether Foundation. In fact, Phyco admitted that one of his ancestors was involved in the incident with the Blinding One, so Moon thought he wanted to clear those crimes by siding with the Aether Foundation. Phyco was surprised, as Soliera said the same thing. Still, he assumed even if the Blinding One would survive the battle, it'll still go to Alola to absorb its light, since it was exhausted from the battle against Lusamine. Once they were at the top, Phyco watched as Moon took her shot with the Beast Ball, aiming at Lusamine.[3]

Phyco, Zossie and Soliera were at Mount Lanakila, where they observed Zygarde and Necrozma fighting each other. While they were concerned about Necrozma getting hurt, they also noticed Dulse falling from the sky, right in the middle of their battle. Necrozma sensed Dulse, and absorbed him.[4] Phyco, Soliera and Zossie went to check if Dulse was all right. Phyco believed he fell because of an item he held. Sun became intrigued, so Phyco and Dulse reminded him of their cooperation with Aether Foundation to return the light to Ultra Megalopolis. One of the items they were collecting was a Z-Crystal, which was a bit odd-shaped. Sun showed he had a Z-Crystal similar to it, and gasped as he saw that his Z-Ring had changed without him noticing. Regardless, Sun pointed out that Necrozma glew with a bright light, and wanted the Ultra Recon Squad to take it back to the Ultra Space. The group denied, for this was not Necrozma's original form, but an Ultra-powered one that it activated during an intense battle. They reminded if Necrozma would be defeated, it would seal itself into its dark appearance, yet if they let it continue roam, it would consume Alola's light. Sun had little choice left, so Nanu went to contact someone regarding the Beast Balls to capture Necrozma. Sun and Zygarde went to confront Necrozma, and toppled it down. Zossie was displeased about this, but Phyco reminded it was for the best, as Necrozma had to be halted for their plans to succeed.[5]

Phyco continued watching Sun's battle against Necrozma. Upon Solgaleo's arrival, Phyco was shocked, considering Solgaleo should've collapsed during the battle at Megalo Tower in Ultra Megalopolis.[6] Dulse, Phyco, Soliera and Zossie observed Lunala joining the fight against Ultra Necrozma. Phyco noticed that Anabel had been attacked by Necrozma, but was pleased to see she was well. Upon Necrozma's defeat, the Ultra Recon Squad was happy that they could finally capture the Blinding One to fulfill their mission.[7] 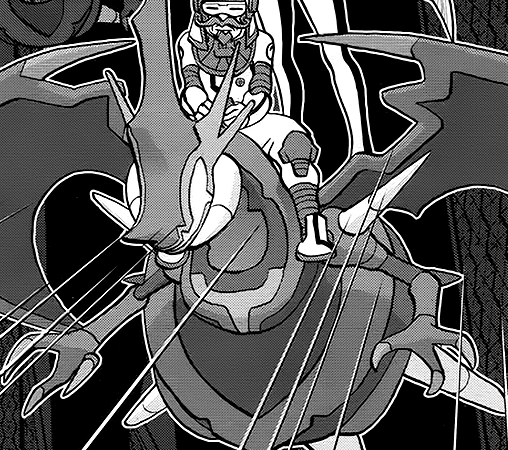 Retrieved from "https://pokemon.fandom.com/wiki/Phyco_(Adventures)?oldid=1175924"
Community content is available under CC-BY-SA unless otherwise noted.