Phanpy is light-blue in color with red pads on its big ears. It most closely resembles an elephant. Its feet have one toe each.

Phanpy evolves into Donphan, once it reaches level 25.

Ash gets a Phanpy after his egg hatches. It eventually evolves into Donphan. Ash got the Phanpy in Extreme Pokémon and it hatched in Hatching a Plan. 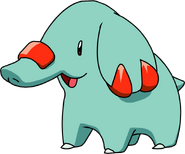 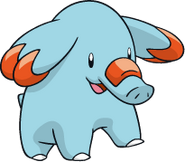 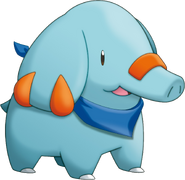 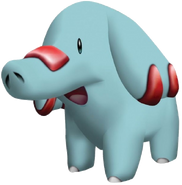 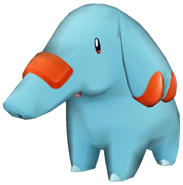 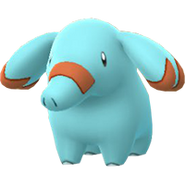