For the variant appearing in the games, see Petrel.

Dealing With A Koffing Fit

Petrel is a character appearing in Pokémon Adventures, who was an admin of Team Rocket in the Johto region.

Petrel is a tall and thin young man. He has bright purple hair cut short at the sides with a large curl on top, a short purple beard, purple eyebrows and purple eyes. He wears a black jumpsuit with a yellow-gold lines and large R on the chest, elbow length silver-grey gloves and knee high silver-grey boots, all with a red stripe at the edge, and a silver belt around his waist.

Petrel disguised himself as Yellow, which caused Lance to drop his guard.[1] Thus, Petrel defeated Lance.[2]

Petrel, Archer, Ariana and Proton unveiled themselves to Team Rocket grunts at the Cliff Area, after Carr was overthrown.[3]

When Petrel regrouped with Koffing, he spotted Silver with the plate, who interfered with his plans. He planned on getting his revenge for the incident in the cave. Thus, his Koffing emitted gas that induced allergic reactions to Eusine. Silver sensed it was the same enemy he fought at the cave, to which Petrel confirmed; he wasn't there to enable this tactic, and asked of him not to look down on his Koffing. Silver wondered who Petrel was, to which Petrel introduced himself as one of the four Team Rocket commanders. While Silver's Weavile covered the Koffing with ice, to prevent them from emitting gas, Petrel's Raticate hit Weavile and hid itself among the gas. Petrel had Raticate gnaw off the rope, nearly causing Silver, Eusine and Weavile to fall down. Silver was hanging onto the rope, while Petrel commented that Silver had a red plate, and wondered if it was the Draco, Fire or Fist Plate. He shrugged it off, for it would go into his collection with the Earth and Toxic Plates. Silver realized there were more plates, to which Petrel became embarrassed that he blabbed out the secret. Still, he declared that Team Rocket's goal was to obtain all the plates, and went to finish Silver off. However, Silver fell off, which caused a big splash. Petrel was taken aback from the splash, and in that moment, Weavile threatened his life. Silver, standing on his Gyarados, demanded of Petrel to give him the plates, and to tell how many plates there were.[4]

Silver threatened Petrel to give him the plates and information. Looking at Silver's serious expression, Petrel realized Silver could even kill him, and gave him the two plates. He explained there were sixteen plates in total. Silver wanted more information, but the Safari Zone ranger appeared, due to the reports of a battle going on. He became furious to see the bridge destroyed, but much to Silver's surprise, Baoba stood where Petrel was supposed to. Baoba claimed that they were just playing as friends, and let the ranger go away. Baoba, however, unveiled himself to be Petrel: it was his ability to disguise himself. Petrel showed he could disguise himself as Silver, Eusine or even Lance. Petrel flew off with his Golbat, to which Silver went on his Honchkrow to track him down. Looking at Silver, Petrel noted he could not defeat him as long as he looked serious like that. Silver realized that if Petrel dressed up like Lance, then he must've encountered him, to which Petrel confirmed, as he even defeated him. Petrel's Golbat used Air Cutter, hitting Silver, causing him to fall down. As Silver recovered, he saw that Petrel was gone.[2]

As Petrel had failed his mission, Archer had Houndoom strangle him as punishment. Petrel barely muttered that he had another idea, to let Silver collect all the plates. Archer noted that they could simply take the plates, and approved of Petrel's plan. Petrel commented how Archer could've even killed him. Still, he disguised himself as Silver, thinking he could make an opportunity of this disguise. When he saw Petrel disgusing himself as Silver, Carr, who was caged, yelled out Silver was Giovanni's son. At that moment, Petrel didn't believe Carr.[5] Eventually, Petrel regrouped with Archer and Proton, and visited Ariana, who was battling Crystal. Petrel explained that his search for plates was over, to which Ariana belittled him. He and the other Team Rocket commanders watched as Arceus appeared, and Crystal made her attempt to catch it.[6]

The four Team Rocket commanders watched as Crystal attempted to capture Arceus with a Level Ball. As Crystal went away, Ariana asked why wouldn't they stop her. Archer explained that they would let Crystal do what she wanted for Arceus, for that Pokémon could show them the way to the Sinjoh Ruins. Petrel pointed out that Archer also asked of him to stop going after the plates, for they could let Silver collect the plates, then take them from him.[7] When he was told from Morty about the vision of plates and Arceus, Silver realized that Ariana and Petrel of Team Rocket were trying to combine the power of the plates with Arceus, and take control of it.[8] Ariana, Petrel, Proton and Archer watched Arceus at the Ruins of Alph. As Arceus' barrier started to sink down, the four commanders went beyond the barrier, and were warped away. A moment later, inside the Sinjoh Ruins, Gold, Silver and Crystal encountered the Team Rocket commanders, who were bidning Arcerus. Ariana and Petrel thanked them, as they have gathered all the plates, and demanded them. Thus, Gold had Silver pass the plates to Petrel.[9]

Archer confronted Arceus, and showed all of the plates. This angered Arceus, to which Archer noted Arceus wanted its power to be restored, yet Archer had control over it. He passed a plate to Arceus, whose type changed, and it used Judgement on Gold, Silver and Crystal. Archer continued doing so to attack the Pokédex Holders. He noted that Arceus lived a long time ago with humans, who stripped it off its power, in form of plates. Now, that they have summoned it again, Archer became pleased that they had it under control. He thanked Crystal and Silver, for without their efforts to capture Arceus to open its heart, and to gather the plates, Team Rocket wouldn't have gained its strength back. Thus, he had Arceus create the Legendary Pokémon Dialga, Palkia and Giratina: with the three under their control, Archer proclaimed there was nobody strong enough that could stop Team Rocket. Thus, he had Arceus send a message throughout the land as now they had an unstoppable army. He slammed his fists in fury, demanding of Giovanni to return as the leader of Team Rocket.[9] Petrel, Proton and Ariana were blocking Gold, Silver and Crystal from interfering. As the battle commenced, Archer had Arceus use its Judgement attack on Gold, Silver and Crystal as he was switching plates. While Archer was summoning Dialga, Palkia and Giratina, Petrel noticed Silver being bleak. He showed Carr's face, and claimed that guy told him that Silver was Giovanni's son, which made Silver concerned, as Archer wanted Giovanni to return.[10]

Petrel noticed Silver's expression confirmed that he was Giovanni's son. He had Golbat use Lick to distract Silver, then held him by his throat. Looking at Archer and the rest, who were crying, Petrel explained that he would attack Silver, and blame the other commanders that they hurt his son to Giovanni, which would give him the promotion. Silver asked would he even let Petrel do this. Petrel confirmed that, as he had seen Silver's cold gaze, and thought he could be even more rutheless than Giovanni. Silver closed his eyes, claiming he could not escape his fate, and flew with Honchkrow to attack Dialga, Palkia and Giratina. Petrel became annoyed that Silver was trying to foil his plans, and had Koffing bind Silver to stop him. Though he seemingly failed, Arceus simply restored Dialga, Palkia and Giratina. Archer announced his plan was working, and he'd soon be with Giovanni to rule over Team Rocket. Petrel noted he was mad, and planned his escape. However, Giovanni came to Sinjoh Ruins, where he had his Ursaring take Petrel down. Petrel, who had been attempting to disguise himself as Giovanni, praised his Ursaring, to which Giovanni stated that his son had raised it.[5] 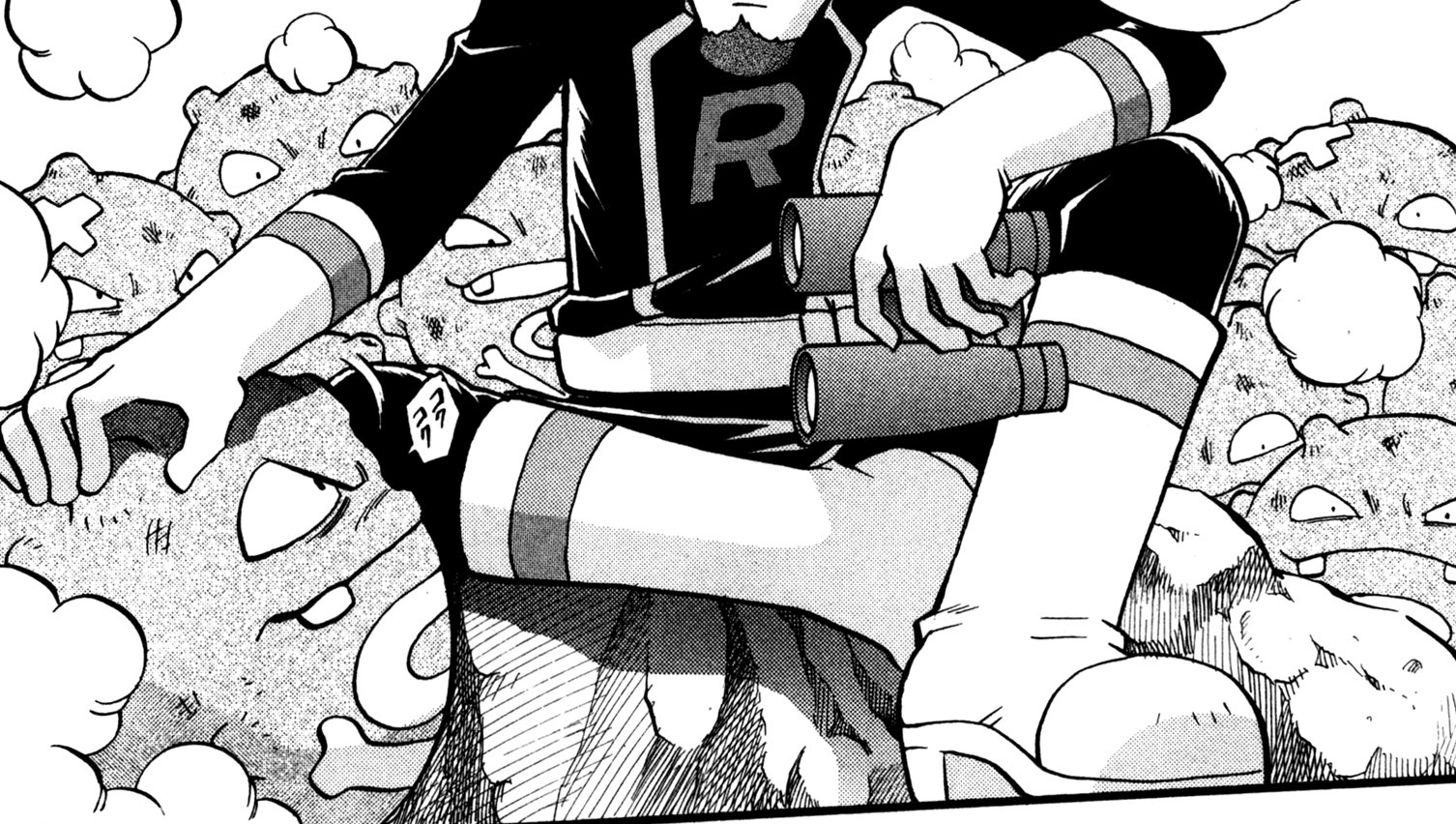 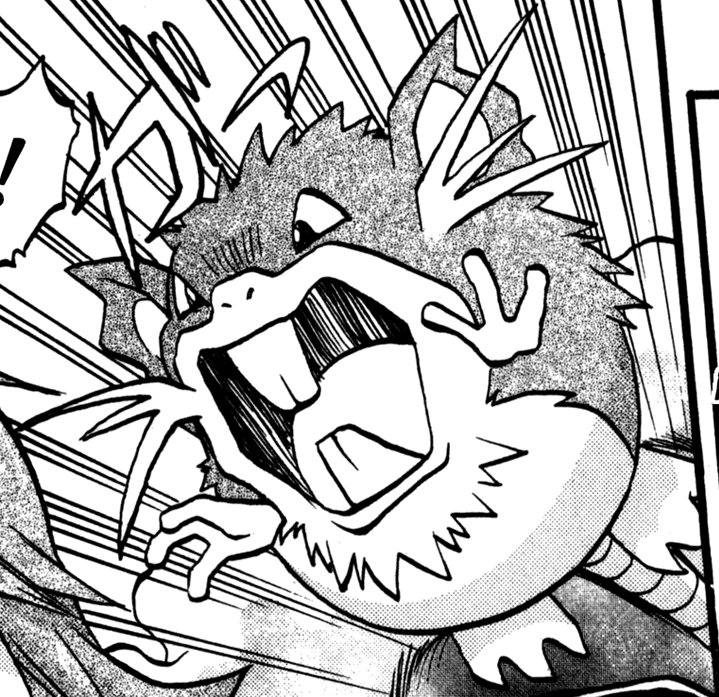 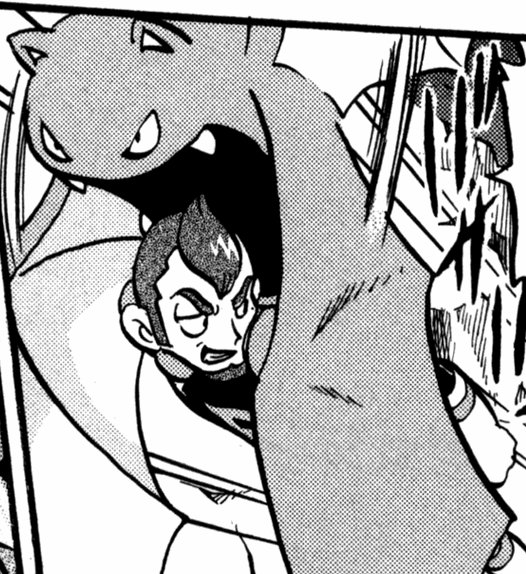 Retrieved from "https://pokemon.fandom.com/wiki/Petrel_(Adventures)?oldid=1146905"
Community content is available under CC-BY-SA unless otherwise noted.