While the player can capture and train other Pikachu and Eevee in both games, the partner Pokémon have various special differences from their typical variants.

The Partner Pokémon occasionally give items to the player. The items the Pokémon can give are:

The Partner Pokémon hasn't appeared yet in the anime, but there are some elements of Pokémon: Let's Go, Pikachu! and Let's Go, Eevee! that can be seen in the anime.

The Partner Pokémon only anime appearance is in the mini series Pokémon Evolutions. In The Discovery, a female Partner Pikachu appeared under the ownership of Elaine. Elaine used this Pikachu in a battle against Green and her Clefable. 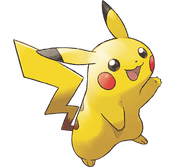 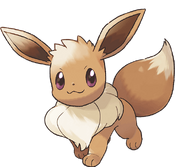 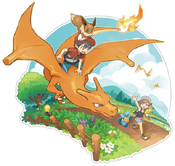 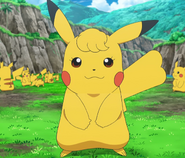