A Relay in the Sky!

Ornithol is a character appearing in Pokémon the Series: XY and XYZ.

Ornithol is an old man that wanted to participate in a local tournament, the Sky Relay. Since he only had Noctowl, Ornithol couldn't participate, as he needed two more Pokémon that can fly. Seeing Ash with his flying-type Pokémon, Ornithol persuaded him to take part in the race and made suggestions on winning it. Afterwards, he watched the tournament with Serena, Clemont and Bonnie. Despite Orson winning the tournament, Ornithol was still pleased and proud Ash participated in the race, for his Noibat learned to fly properly. 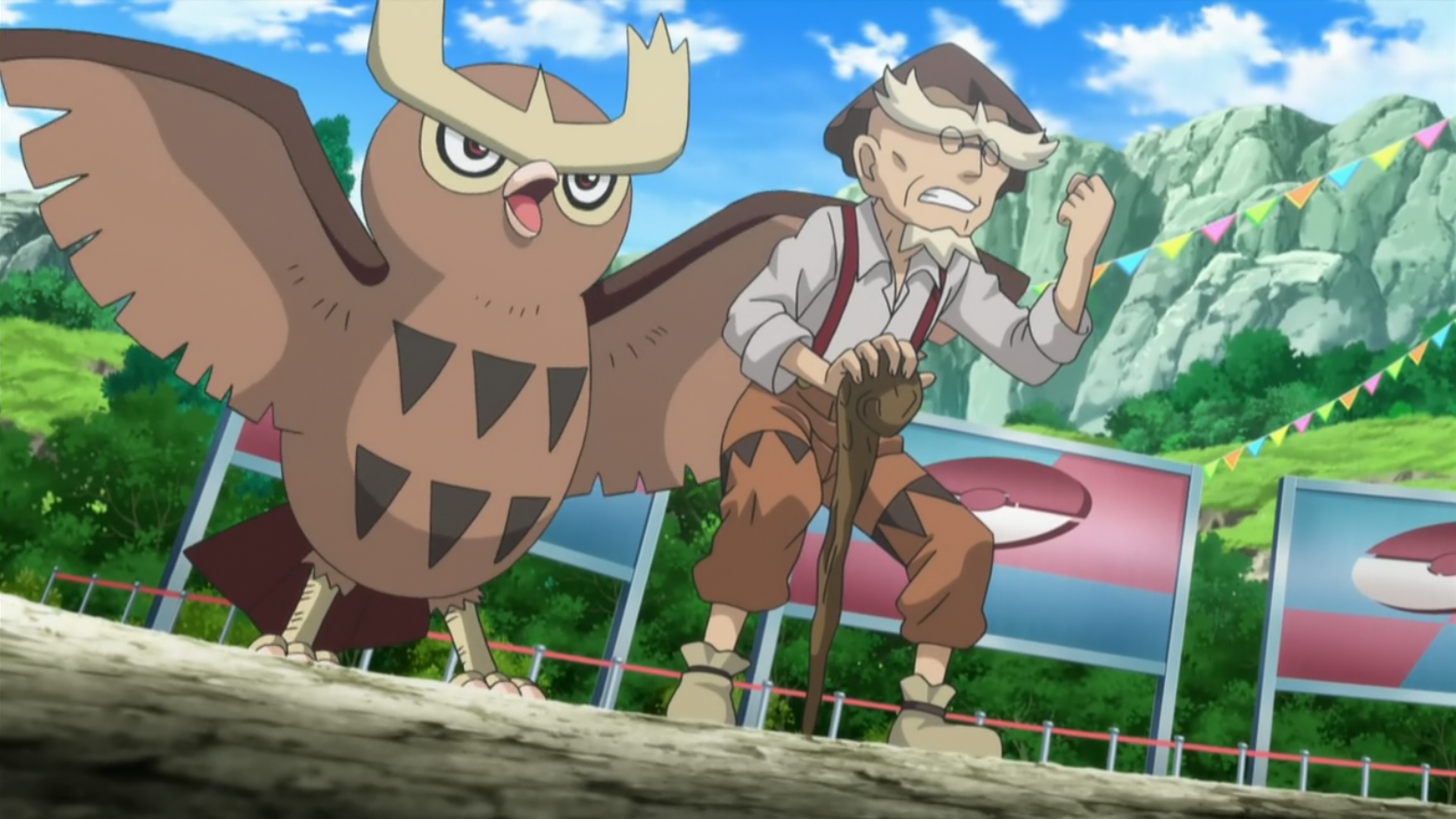 Retrieved from "https://pokemon.fandom.com/wiki/Ornithol?oldid=1332072"
Community content is available under CC-BY-SA unless otherwise noted.