All forms of Oricorio are bipedal birds with pink legs, feet, and beaks.

Baile style has a red body with numerous black feathers on the wings and tail. A white curly feather also appears near the head.

Pom-Pom style has a light yellow body with white feathers covering the pelvic area. Clumped, yellow feathers in the shape of Pom Poms appear on the tips of the wings and feet. Yellow feathers also protrude from the head, but in a more organized manner.

Pa'u style has a pink body with three white and pink feathers at the tip of each wing. These feathers also appear at the waist and head to create a skirt and crown.

Sensu style has a purple body with fan-shaped feathers on the head, wings, tip of wings, and tail. These feathers start purple, then become a light purple, then end baby blue in color.

All Oricorio sip nectar from flowers to change their form.

Pom Pom style Oricorio are very friendly towards people, and use their dancing to cheer people up.

Pa'u style Oricorio move and act at their own pace, sometimes making them hard to deal with.

Sensu style Oricorio are quiet and collected. They are generally well received by people who migrated from Kanto due to their dancing reminding them of their homeland.

Oricorio does not evolve.

Oricorio is based on Hawaiian honeycreepers, a bird species in Hawaii that is known for enjoying the nectar of certain flowers, though the flowers they prefer varies throughout the species. This has made it so they have adapted their beaks into changing shape so that they can feed from certain flowers, similarly to how Oricorio changes forms upon consuming the nectar of the flowers found around Alola. Its multiple forms may reference the Galapagos finches, another type of bird that adapts and changes appearance depending on its environment.

Oricorio might be a combination of oriole and choreography. It could also be derived from oratorio, a form of large-scale classical musical work usually involving sacred themes.

Its different form's names also derive from words in different languages. "Baile" means "dance" in Spanish, "Pom Pom" comes from the pom pom accessories often included in cheerleading, "Pa'u" means "skirt" in Hawaiian, and "Sensu" often being a name for a folding fan in Japanese, especially the ones used in dance. 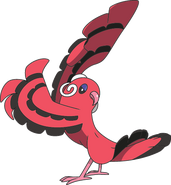 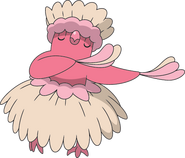 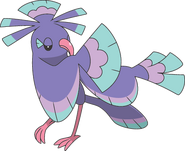 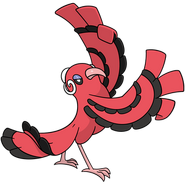 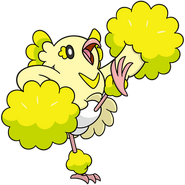 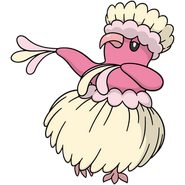 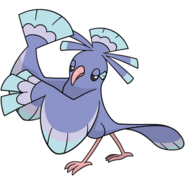 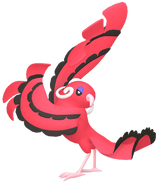 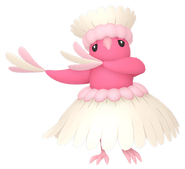 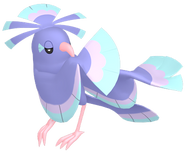 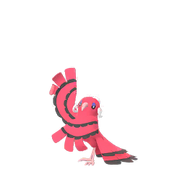 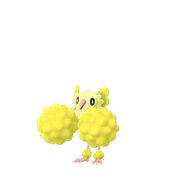 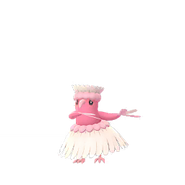 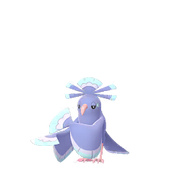