Secretary and vice-chairman of Macro Cosmos

Oleana is a character that was introduced in Generation VIII. She is an antagonist of Pokémon Sword and Shield. She is also the secretary of Chairman Rose and the vice president of the Galar base organization Macro Cosmos.

Oleana is a tall and slender woman with fair skin, green eyes, and long blonde hair. She wears a long white coat, a red blouse, a black pencil skirt, sheer gray pantyhose, and matching black high heels. For accessories, she wears a black choker, hoop earrings, and a bracelet. She also has red lipstick as well as red painted fingernails.

Oleana is very intelligent and normally has a calm, collected attitude. However, when things get in her way (such as people trying to reach Chairman Rose without her permission), she will become enraged and adopt a psychotic expression. Additionally, despite Oleana's fierce, undying loyalty to Chairman Rose, she tends to manipulate others (such as Bede) to do her dirty work for her, only to abandon them afterwards.

As admitted by herself, she is actually temperamental and has frequent emotional turbulence, and her composed manners are simply feigned to befit her position as the vice chairwoman.

Before she worked for Chairman Rose, Oleana was a researcher dedicated to researching Gigantamax and Dynamax, until Rose discovered her talent and hired her.

The player character first meets Oleana in Hulbury, where she tells some of Chairman Rose's fans to scatter and leave him alone. Afterwards, she tells the player character to defeat Nessa and earn her badge so they can meet Rose at the town's seafood restaurant. Until Nessa's badge is collected, Oleana will constantly lecture the player character about Rose's request. While at the restaurant, Oleana herself says very little, only saying that she'll arrange a meeting with Sonia.

Afterwards, Oleana can be found in Hammerlocke, where she talks to Bede. Reminding Bede that Rose endorsed him, Oleana then pulls the boy aside, apparently wanting to discuss something with him. Later, Oleana shows up in Stow-on-Side, where it is indirectly revealed that she manipulated Bede into destroying a treasured relic. Heavily scolding the boy, Oleana takes his Wishing Stars from him before she leaves.

When her Pokémon begin running amok upon suddenly Dynamaxing on their own, Oleana will desperately plead for the player character's help due to being terrified of the possibility of Rose being harmed by Eternatus after begging the same request to Hop.

Sometime after Rose's arrest, Oleana starts participating some voluntary services on his behalf. She discloses Rose's past of once working in a coal mine, and even gives the player character one of her prized League Cards.

After completing the story, Oleana can be found in Old Cemetery at night, looking for Rose after hearing rumors of him being seen in the Crown Tundra. Peony appears, and Oleana confuses him as Rose apparently due to his appearance. Knowing that the person is not Rose, Oleana is angered, but she quickly calms down before calling a Flying Taxi service and leaving. 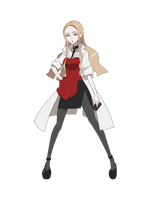 Garbodor will be Gigantamaxed at the first opportunity.