Numel appears to be a fat yellow camel with a green marking and hole on the top of its hump. Numel also has regular camel ears, brown circles surrounding its perpetually droopy eyes, short legs, and a stout, beige potbelly. 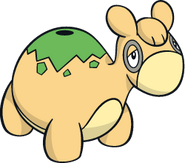 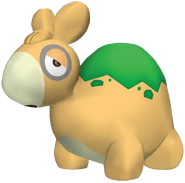 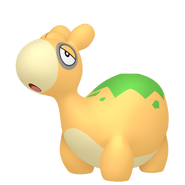 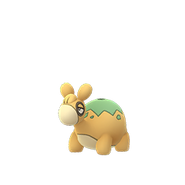