For the variant appearing in the games, see Norman.

Norman is a character appearing in the anime series, who is the Gym Leader of Petalburg City in the Hoenn region.

Norman is a tall, lean, middle-aged man with short black hair with a single fringe at the center with three edges and dark eyes. Norman wears a dark red, long jacket with a black collar, blue-grey trousers and black boots.

Norman cares deeply for his family, wishing his children to have some quality time and good friends. However, at times, Norman can sometimes overlook things and cannot see the actual problem. In battle, Norman has perfected his Pokémon in both offense and defense tactics, wanting to see his opponent struggle out to overcome his strategy, since Norman wants to have a really good battle everyone can enjoy. However, he does not let his children watch the battle, thinking it would distract the challenger.

Norman also shows his anger when Team Rocket is causing more trouble to his family such as stealing May's Torchic and their Pokémon destroy his surprise gift for his wife, Caroline which angrily leads him to call his Slaking to immediately blasts Team Rocket off with its powerful Focus Punch.

The name Norman comes from "normal".

His Japanese name, Senri, could originate from "center" (as the Normal-type is often considered the neutral, central type), or 千里 (senri, 1000 ri) an ancient East Asian unit of measurement that was about 1640 feet or 500 meters, often used to symbolize a long journey, possibly referring to Norman's hopes for his child. Following the plant-based naming with most Gym Leaders, it may also include 仙蓼 (senryou, the Japanese name for the sarcandra herb).

Caroline met Norman on a flowery field, surrounded by Beautifly. Caroline made a photo of that moment.[1]

Spending a day on the beach, Norman and his wife saw May being surrounded by some Tentacool.[2] Norman, along with his family, watched a movie about a giant Meowth.[3]

Ash arrived with May in Petalburg City in the hope of getting his first gym battle. May went away to meet up with her parents, Caroline and Norman, who was the real Gym Leader of Petalburg City. Norman heard May was traveling with Ash and approved of it. During the lunch, May showed Torchic, making Norman and Caroline dazzled by Torchic's cuteness. Ash asked Norman for a Gym Battle, but was declined, since he needed three Pokémon to enter the battle. However, Norman decided to have an unofficial battle, in which Norman sent Vigoroth. Pikachu battled Vigoroth and managed to electrocute it with Thunderbolt before being defeated by Scratch. After the battle, Team Rocket appeared and had Weezing use Smokescreen, allowing them to take Torchic, by accident. After searching a bit, Norman and Caroline found Team Rocket's balloon. May's family went to get Torchic back, but they fell into holes, dug by Team Rocket. Ash helped them get back up. Norman angrily mad at Team Rocket for stealing other people's Pokémon as well as his daughter's Torchic, he sent his Vigoroth who scratched both Weezing and Arbok, though the latter binded Vigoroth. Once Team Rocket was defeated by Pikachu's Thunderbolt to blasts them away, everyone went back to the gym, where Max decided to go with May and Ash on their journey. Norman approved of the idea and gave Max a PokéNav and May and Ash some Badge Cases, to equip them. After advising them to go to Rustboro City, Norman and his wife bid farewell to Ash, May and Max.[4]

When Max had thought of obtaining his own first Pokémon, he thought his father, who would've given him a Slakoth. Max was startled, since Slakoth was a lazy Pokémon.[5]

Nicholai met up with the heroes again and admitted he battled against Norman. While Nicholai was defeated, he was pleased that Norman wore shorts. May and Max doubted Nicholai, claiming their father would never wear shorts.[6] Later on, once the heroes were planning on which town to go next, Max proposed going to Petalburg City. This excited Ash, knowing he'd battle Norman once before and was ready for a Gym match, claiming things would be different this time.[7] Once the Team Rocket trio arrived to Petalburg City, they found a poster of Norman and his wife. They remembered Norman as the Gym Leader, who used Vigoroth to defeat them. Regardless, this gave them an idea to impersonate Norman, Caroline and their children, May and Max, to take some money from their fans.[8]

To prepare for the Gym match, Ash went to the Pokémon Center, where he found Norman talking to Nurse Joy. Norman greeted him and promised to give him a Gym match. Before leaving, Nurse Joy told Norman he could count on her, making Ash see they were keeping a secret. Once Ash came to Norman's greenhouse, he told he saw Norman being with Nurse Joy, making Kenny, Brock, Max and Max go straight to the Pokémon Center to confront Norman. There, the group, along with Caroline, told Norman he was neglecting his family and Caroline decided to leave. Norman was confused and even offered Caroline to help pack things up, while Brock pointed out Norman should love his wife. After being explained what was happening, Norman understood the situation and decided to show what he was working on. After arriving to the greenhouse, Team Rocket attacked Ash and Norman's Pokémon who were knocked on the ground. Ash informs Norman that Team Rocket attempts to steal some of his Pokémon which he scolds them for their actions. His scolding causes Jessie to get mad and allows both Seviper and James' Cacnea attacks them continuously, which accidentally damaged the fireworks Norman was working on. Norman was furious about the surprise gift for his wife has been spoiled and destroyed and immediately calls Slaking to blasted Team Rocket away from its Focus Punch. Fortunately, Nurse Joy prepared more fireworks, as Norman explained he was working with Nurse Joy to prepare a wedding anniversary celebration with his wife. During the night, Norman pushed a button, releasing the fireworks, which were shaped in a form of a Beautifly. Caroline was thankful his husband remembered the anniversary, while Norman promised to battle Ash tomorrow and even admitted he'd use Slakoth, Vigoroth and Slaking, wishing to have a really good battle.[1]

During their Gym match, Norman sent Slakoth against Ash's Pikachu. Pikachu couldn't manage to hit Slakoth, due to its evasiveness and got hit by Shadow Ball attack. Once Slakoth fired Blizzard, Ash called Pikachu back and sent Torkoal, who managed to counter Blizzard with Flamethrower and defeat Slakoth. Norman was glad Ash managed to act in time to swap his Pokémon, as Norman sent Vigoroth, who defeated Torkoal with one Scratch attack. Brock knew Norman used a slow Slakoth, then a fast Vigoroth, to confuse Ash. Ash sent Pikachu back, who inflicted damage with Iron Tail, but got hit by Vigoroth's Flamethrower. As a part of his strategy, Ash had Pikachu get hit by Vigoroth's Scratch. This triggered Pikachu's Static ability, which paralyzed Vigoroth and defeated it with Iron Tail. Due to exhaustion, Pikachu fainted as well. Norman was glad to have an amazing battle, but to finish, he sent Slaking against Ash's Grovyle. Grovyle attempted to attack Slaking with Bullet Seed, but Slaking stopped the attack with its own hands. Slaking emitted an Earthquake, which Grovyle evaded by jumping. Grovyle used Pound, but Slaking grabbed Grovyle by its leaf and tossed it away. Norman advised Ash to surrender, since it was his responsibility to take care of Grovyle, who could be seriously wounded if it continued to battle. However, Grovyle's Overgrow was activated, so Ash let Grovyle battle to the end. Grovyle started jumping on the walls and on Slaking before pounding it. To finish, Slaking used Focus Punch against Grovyle's Leaf Blade. In the end, Slaking fell down, defeated, so Ash won the battle. Later on, just as Norman was to give the Balance Badge to Ash, Max stole the Balance Badge and locked himself up in Norman's greenhouse, since he was upset over his father's loss. Everyone ran after Max, where Norman pointed out even in loss one could still learn much, for Ash and Grovyle discovered a strength they did not know they had. Max apologized and came out of the greenhouse, then gave the badge to Ash.[9]

While fishing out for a Whiscash, Nero, who stole his Badge Case, Ash recalled battling Norman and his Slaking.[10]

Once they arrived in the Pokémon Center in Rubello Town, the heroes were visited by some women. Seeing May and Max, the women showed some of Norman's photos and figurines, since they were his fans.[11]

While they were floating in a river, Ash and Pikachu (the latter having amnesia) recalled their battle against Norman and Vigoroth.[12]

Before arriving to Slateport City for May's Grand Festival, she and Ash remembered their past adventures so far. Ash recalled facing Norman, the first time with Vigoroth and the second time for an official Gym Battle with Slakoth, Vigoroth and Slaking. After a determined battle against Slaking, Norman was defeated.[13] Norman watched the TV broadcast of May's Grand Festival battle in his Gym.[14][15] Norman and his wife watched the battles at the Hoenn League tournament.[16]

Norman appears in May and Max's fantasy wearing an outfit identical to the one of Frontier Brains, Dome Ace Tucker who is battling Ash for the Tactic Symbol. Both of them are also disappointed to think of Tucker as their father Norman due to his charisma and his tactical battling for his Pokémon. Later, Norman watched with his Gym referee of May's performances in the Grand Festival.

When May went to Sinnoh, Max remained behind to help his father in tending to his Pokémon, Slaking.[17] Along with her husband and son, Caroline watched May and her friends compete in the Wallace Cup.[18][19] 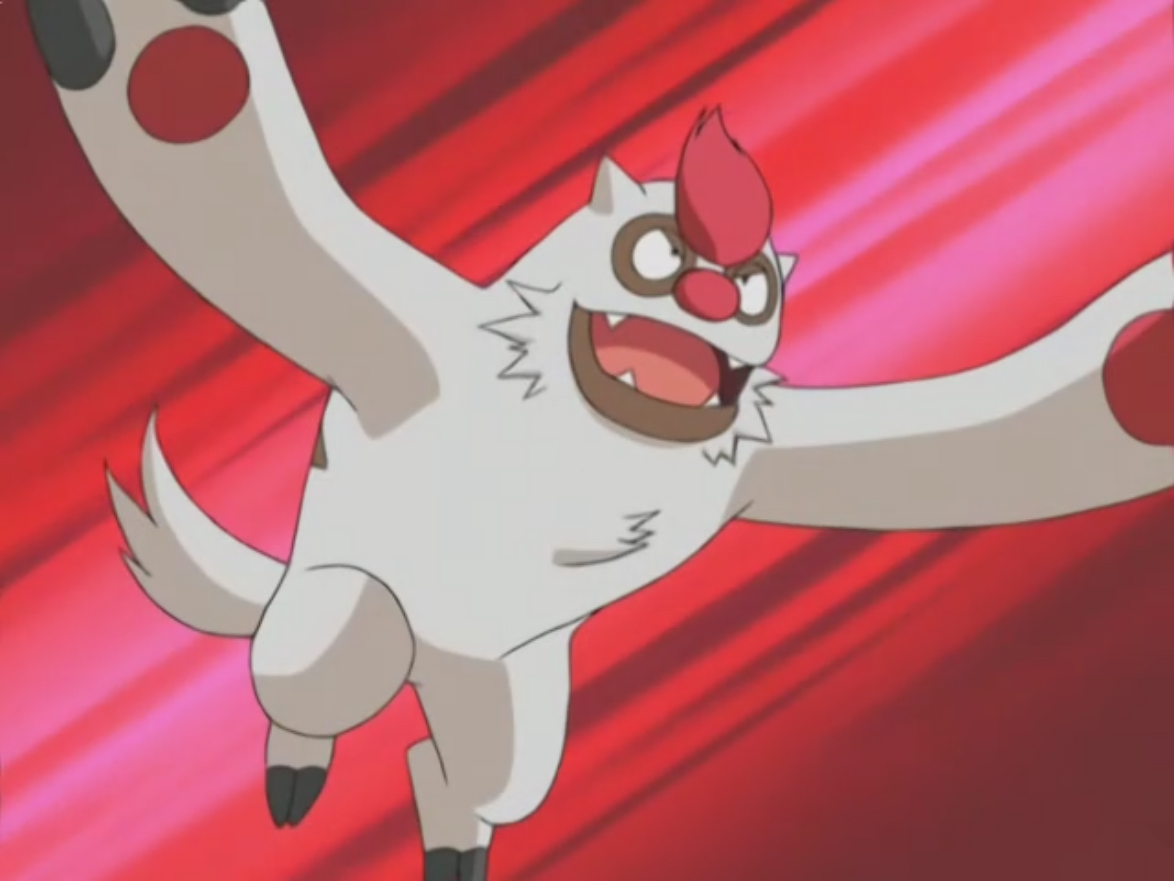 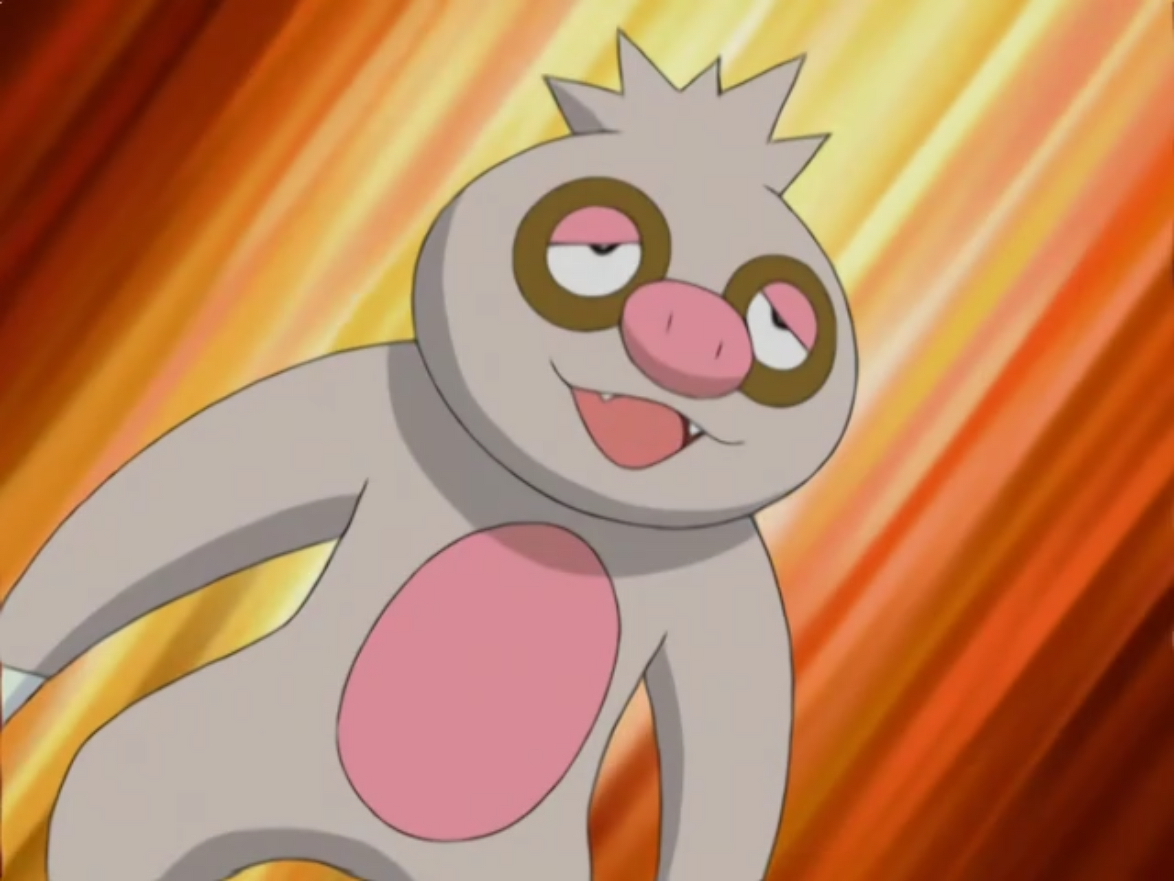 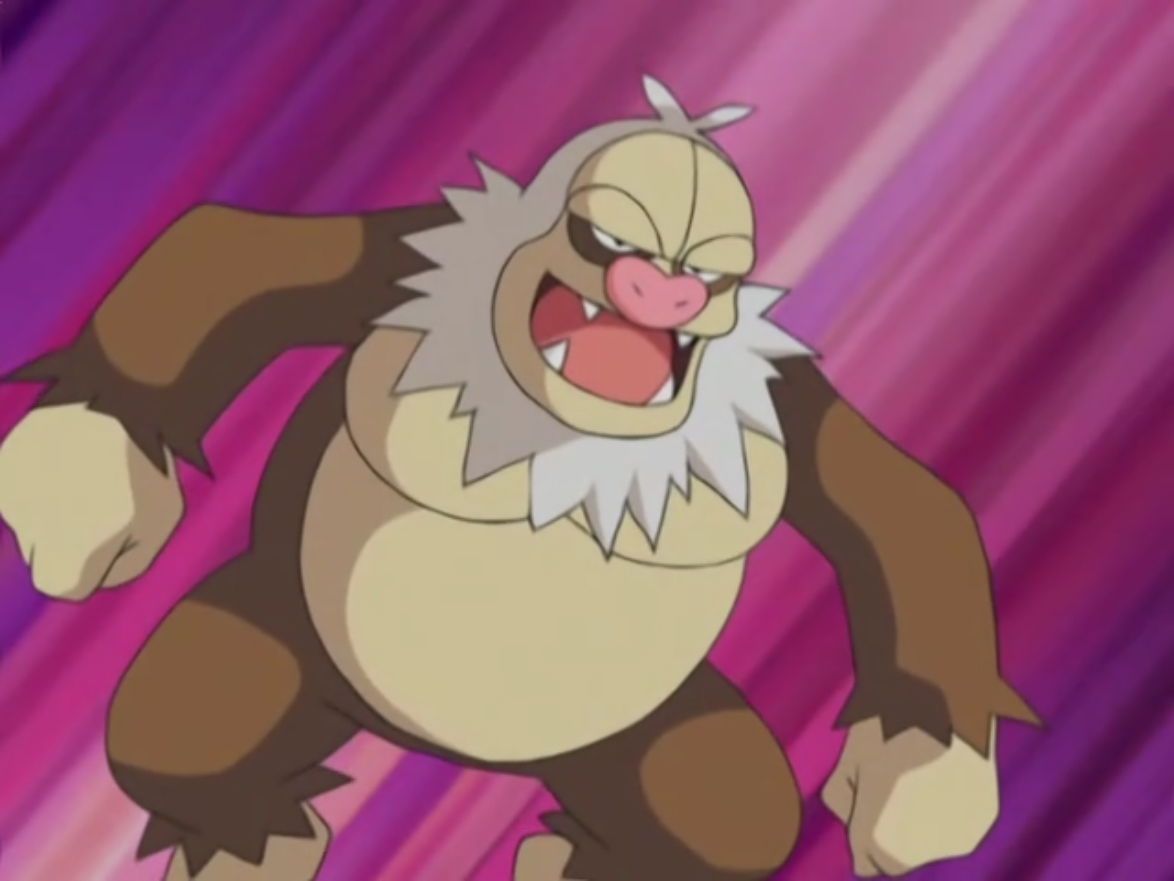 Retrieved from "https://pokemon.fandom.com/wiki/Norman_(anime)?oldid=1421961"
Community content is available under CC-BY-SA unless otherwise noted.