Nihei in other languages

Nihei is a character appearing in the XY series.

Nihei appeared as an image with his Venusaur when his younger brother, Sanpei, was talking about him and his other brother, Ippei, with Ash in A Rush lf Ninja Wisdom!.

Nihei appeared in person when Sanpei and the heroes arrived in the Ninja Village. Nihei and Ippei went to Sanpei and they were glad that Sanpei was back in the village. They also introduced themselves to the heroes. Nihei then asked Sanpei to battle him to see if he had improved in the time he was away from the Ninja Village. Nihei and his Venusaur battled against Sanpei and his Greninja. While Nihei was impressed by Sanpei's improved battle skills, Nihei was still able to win the battle from Sanpei. Nihei and Ippei later showed the heroes the shrine of the legendary Greninja. When the Ninja Village was under attack by the Ninja Army, Nihei protected the village with his Venusaur. 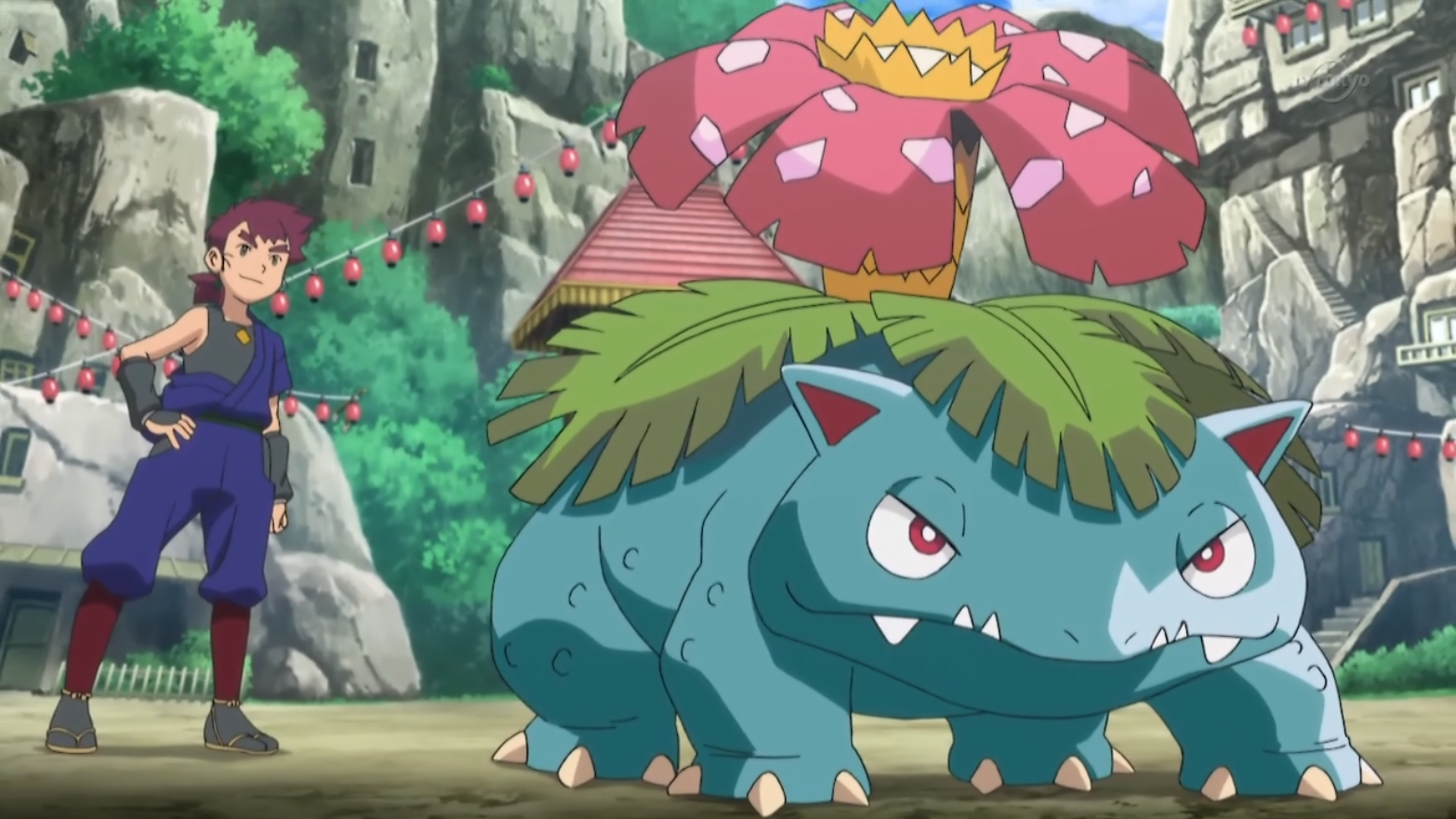