Dawn Of A New Era!

Nando is a character appearing in the Pokémon the Series: Diamond and Pearl, who is a friend and rival of Ash and Dawn.

Nando is a tall young man with light skin, shoulder-length black hair, and blue eyes, one of which is always covered by his hair. His usual outfit consists of a green hat and a green cape held together by a red gem and blue cravat, over a blue vest, off-white shirt, gray trousers, and black boots. He always wears a brown shoulder bag, and carries a golden harp shaped like a Mew.

Nando is a calm, gentle, and kind-hearted individual. He is very polite and always speaks in a formal manner, even giving commands to his Pokémon during battles in the form of polite requests. He has a love of music, and likes to play his harp for others.

Due to his relaxed nature, he is rarely fazed or upset by anything, even being falsely arrested for a crime he did not commit. However, he sometimes gets excited during particularly intense Pokémon battles.

Nando approached the heroes at a Pokémon Center, who saw his Budew. As Dawn was annoyed by Ash about questioning her strength, she wanted to challenge Nando to a battle. Nando noted she wanted to enter the Grand Festival, and proposed a Contest Battle. His Budew resisted Piplup's attacks and defeated it with Sunny Day and Solar Beam combination. Dawn lost, though Nando wished her luck in her future battles. Later, he had Budew healed, and meeting with Dawn, had a dilemma between pursuing Contests or Gym Battles. This caused Ash and Dawn to bicker even more, to show who was stronger. Moments later, when the heroes were attacked by Team Rocket, Nando went to see if they were okay.

As Ash and Dawn were still arguing, Nando caught their attention, as a group of Pokémon in the forest were singing. The two sides calmed down, and apologized to each other, whereas Nando recited a poem. Ash challenged Nando to a battle, and on the next day, his Pikachu faced his Budew. While Budew evolved into a Roselia and executed Sunny Day / Solar Beam combo, Pikachu evaded and defeated it with an Iron Tail. After the battle, Nando saw that both Contests and Gym Battles interested him, and decided to pursue both sides. He bid the heroes farewell, and walked away.[1] Nando battled Gardenia in a Gym Battle. Using Roselia against her Turtwig, Nando won that battle.

Nando later visited Eterna City's museum, where he was surrounded by policemen. The heroes and Gardenia saw him, as his Sunflora was suspected to have stolen the Adamant Orb. The heroes and Gardenia claimed he was no thief (as the latter even had a Gym Battle with him), while Officer Jenny showed a photo of a Sunflora (who was Team Rocket's Meowth in disguise) taking the Adamant Orb. Moments later, as Nando was being questioned, his Sunflora saw two suspicious policemen, and used Leech Seed to stop them. The seed hit Jenny instead, while Sunflora chased the suspects. When Team Rocket was defeated and the Orb was reclaimed, Nando was rescued. He sang a song about Dialga and Palkia being one Pokémon before being separated into three, which confused the heroes. Nando, however, claimed they would understand the meaning of these words in the future.[2]

The heroes met Nando at Hearthome City's Gym, where he waited at the entrance. Nando told them that the Gym Leader was absent (due to her being on a long journey), disappointing Ash, for he wanted to battle the Gym Leader in the city. Nando showed he obtained a Kricketune to battle in the Gym. Still, he reminded about the Tag Battle competition, where two Trainers pair up to battle in the tournament. While Ash and Brock wanted to enter this tournament, Nando replied he wanted to participate in the Contest, to which Dawn joined him to go to the Contest Hall.

They met Zoey there, whom Dawn described to Nando as a friend that helped her in becoming better at Contests. At the Contest, during the first round, Nando sent Sunflora and Kricketune, who used Grass Whistle and Sing to display harmony, amusing the audience. This earned him the right to advance to the next round, defeating Jessilee and Zoey in the finals. Zoey became impressed by the latter's skill, and comforted Dawn, who didn't even manage to pass the appeals round, and aimed to surpass Nando next time.[3] While the heroes resided in Canalave City, they saw on TV that Nando won his fourth ribbon with his Kricketune.[4]

Nando reached the site of the Grand Festival, for he had earned five Ribbons to enter. He played a tune at the staff of Sinnoh Now TV crew, before encountering the heroes. Nando thanked Ash and Dawn, for he pursued Gym Battles and Contests, leaving him with one Badge left to enter the Sinnoh League. During the appeals round, Nando had Altaria and Kricketot sing, emitting musical tunes to amaze the audience, and he advanced to the next round.[5] Nando and Zoey visited Dawn, who was training for the next round. The two Coordinators remarked her impressive performance in the appeals round, but reminded that there were more stages left. Nando admitted he wished to see performances that could move others' feelings. Nando later battled in the next round, using Sunflora and Kricketune, which he won.[6]

The next day, the first semi-final started and Zoey faced Nando. Zoey used her Mismagius and Leafeon while Nando used his Kricketune and Lopunny. Both coordinators battled hard against each other and both were also impressed by the performances the opponent did. Zoey revealed to Nando that when she saw that she had to face Nando in the semi-final, she was determinted to use her Mismagius to counter Sing with Mismagius' Lucky Chant. Dawn stated that Zoey and Nando were showing what Contest Battles were really like. Both coordinators' points were evenly dropping but Zoey was able to have more points left than Nando and she won the semi-final. Zoey hugged her Leafeon and Mismagius and shook hands with Nando.[7]

Nando remained behind to watch the final round of the Grand Festival, between Zoey and Dawn.[8] Nando eventually arrived to the Sinnoh League, where he watched the opening ceremony. On the screenboard, he and Ash saw that they had to battle each other in the first round.[9] Nando showed gratitude to have Ash as his first opponent, as he was the one to suggest to Nando to participate in Gym Battles. At the time of their battle, Nando sent Roserade against Ash's Staraptor. Despite getting affected by Sweet Scent and struck with Magical Leaf, Staraptor quickly defeated Roserade with Brave Bird. Nando sent Armaldo in, whose Rock Blast defeated Staraptor easily.

Ash sent Quilava, who was tied with Armaldo in terms of power. However, Quilava's Aerial Ace defeated Armaldo, countering its X-Scissor. However, Quilava fainted as well, forcing Ash and Nando to send Heracross and Kricketune in as their final Pokémon. Heracross was struck with Silver Wind and put to sleep with Sing. However, Heracross gained an advantage by using Sleep Talk move, allowing it to use moves while asleep. It went to use Focus Punch, but missed. As Kricketune went to use Sing again, Heracross used Megahorn to toss itself, using Horn Attack to defeat it. Nando admitted he got lost in the way of battling, but swore to improve himself. Nando promised to have a rematch with Ash, and bid farewell to the heroes as he walked away.[10]

Nando also appeared in the ending scene of the 13th Pokémon movie, along with his Kricketune.[11] 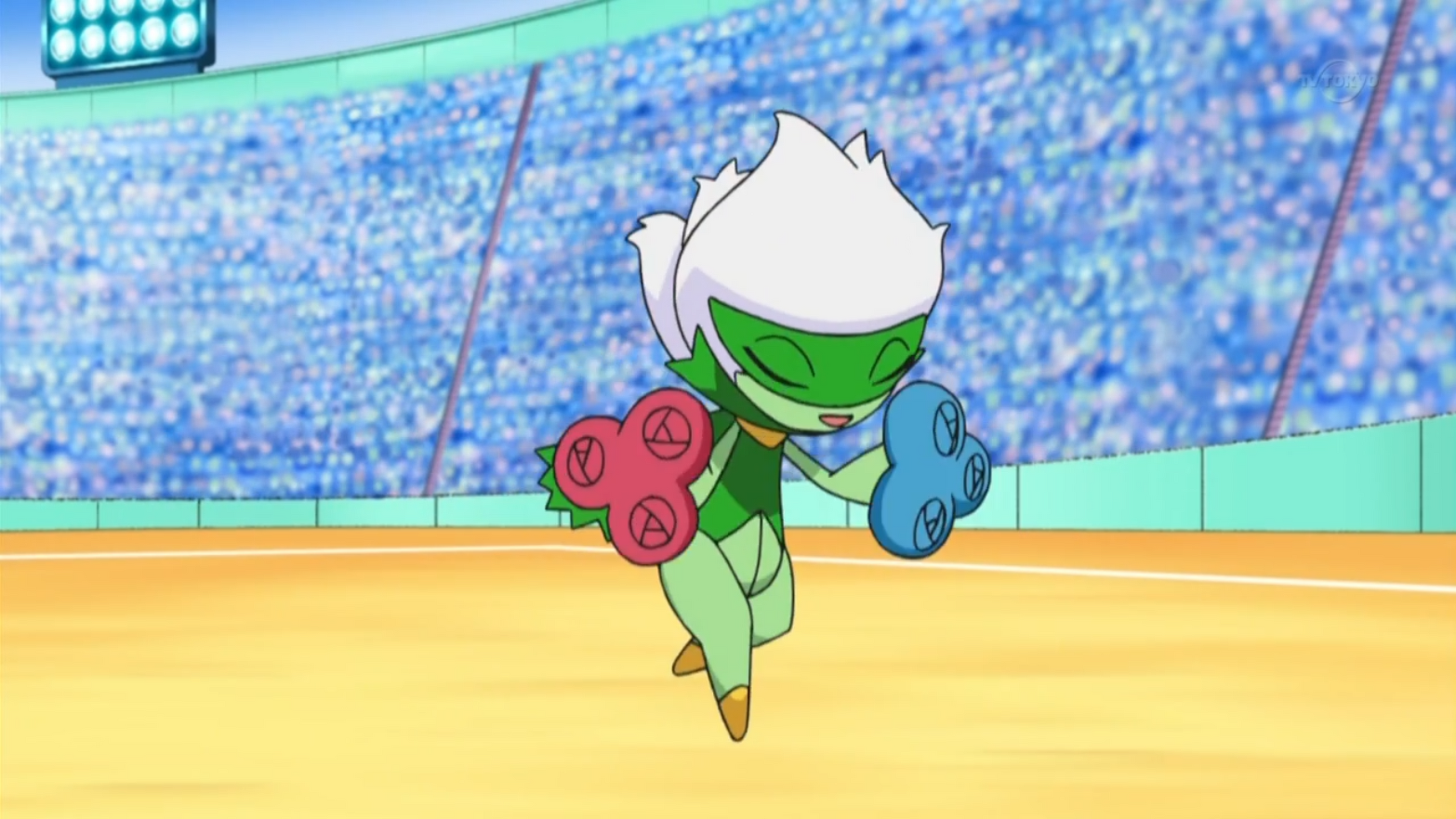 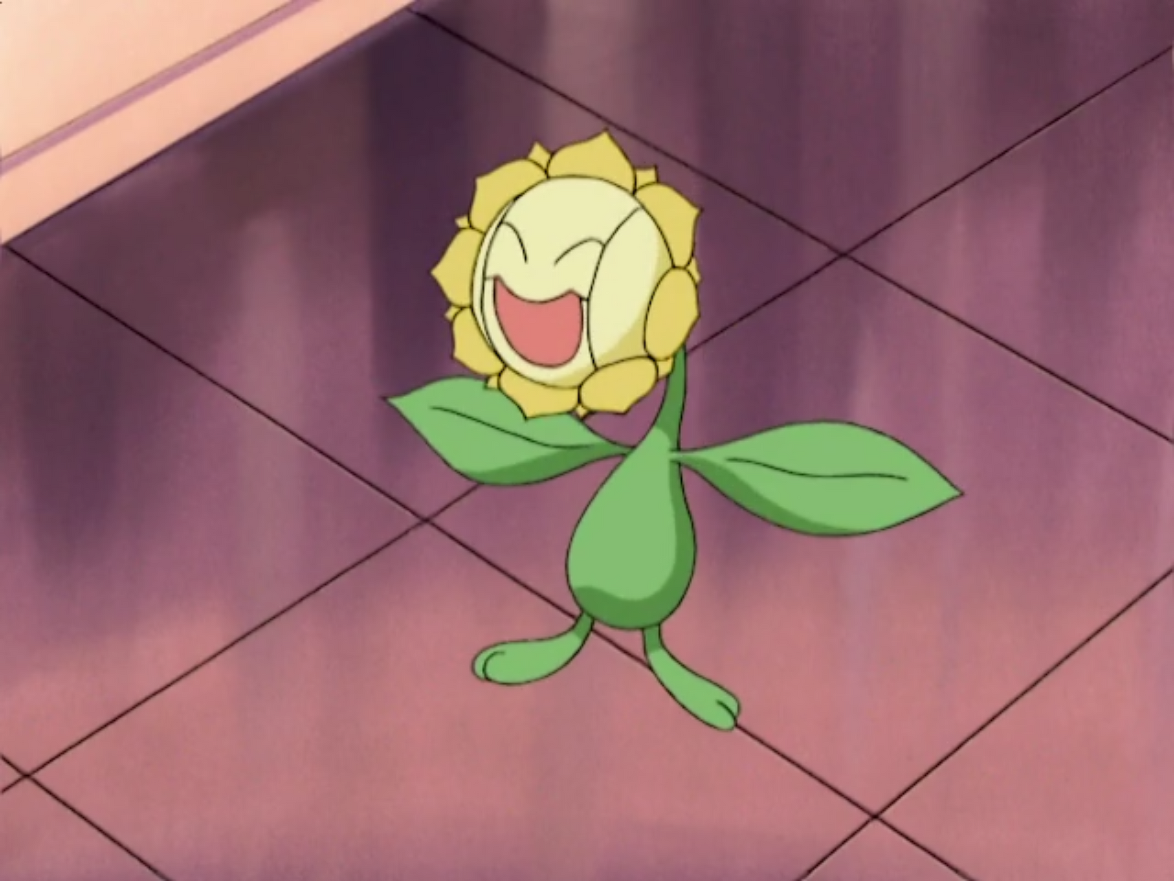 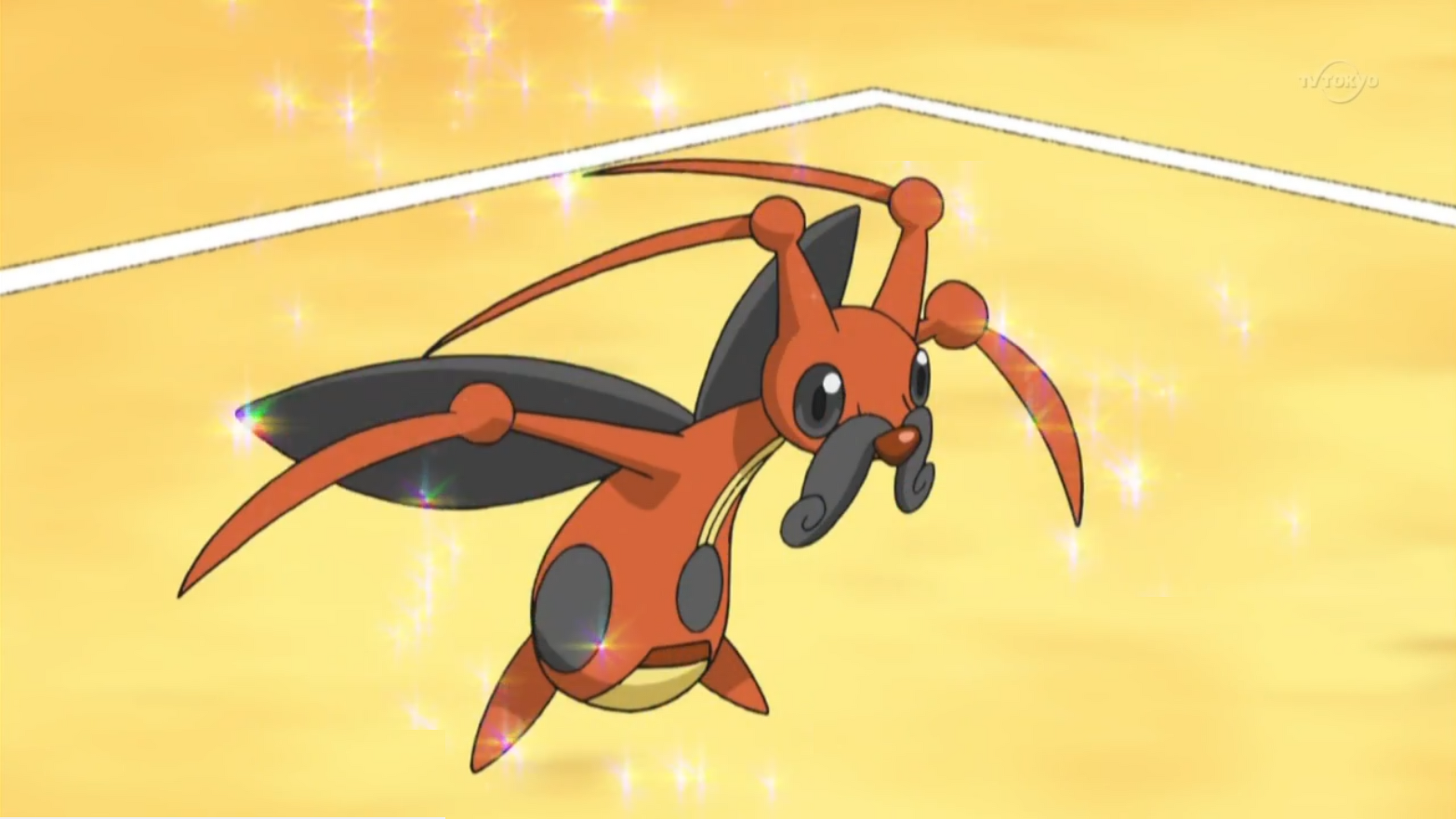 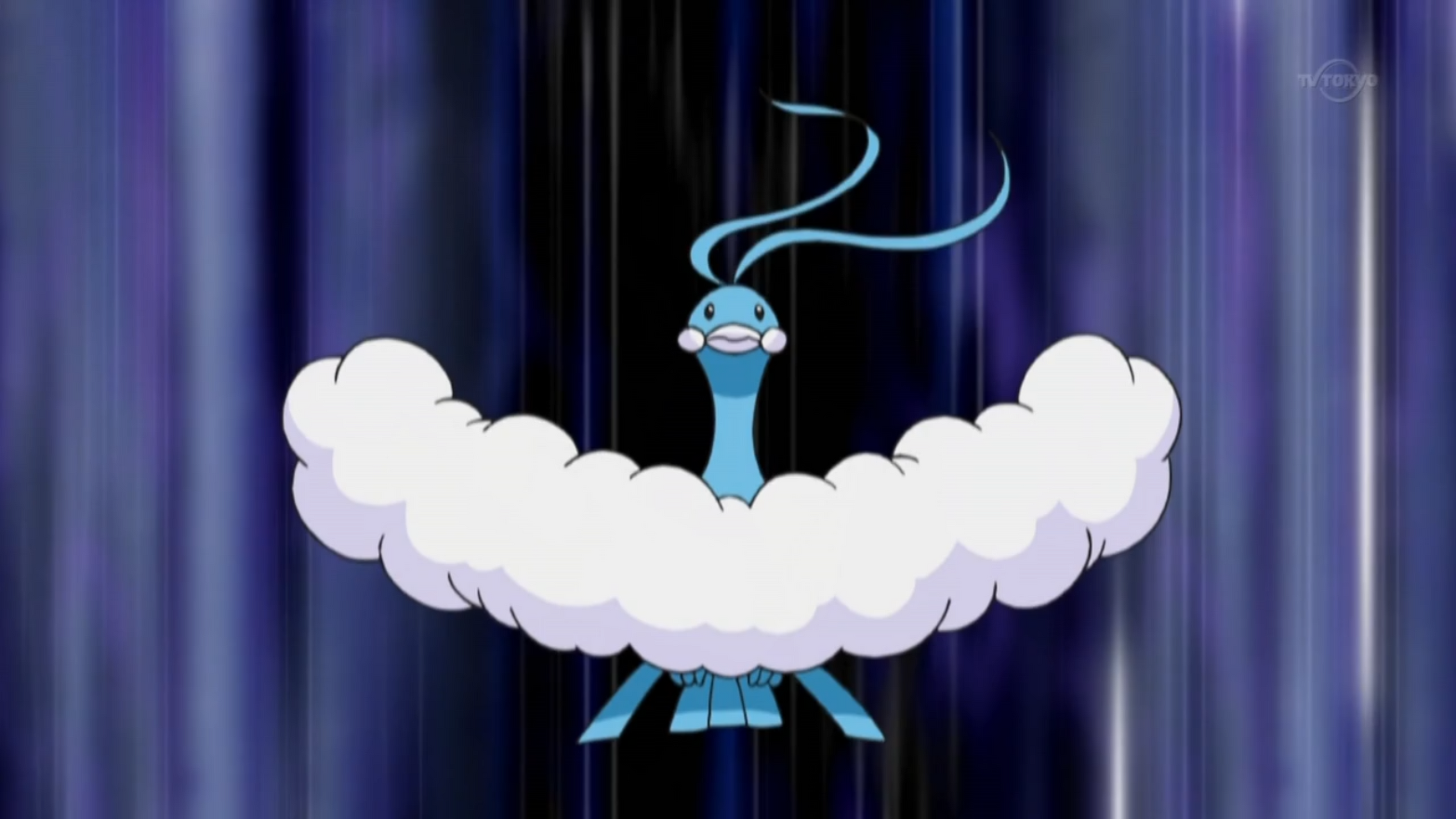 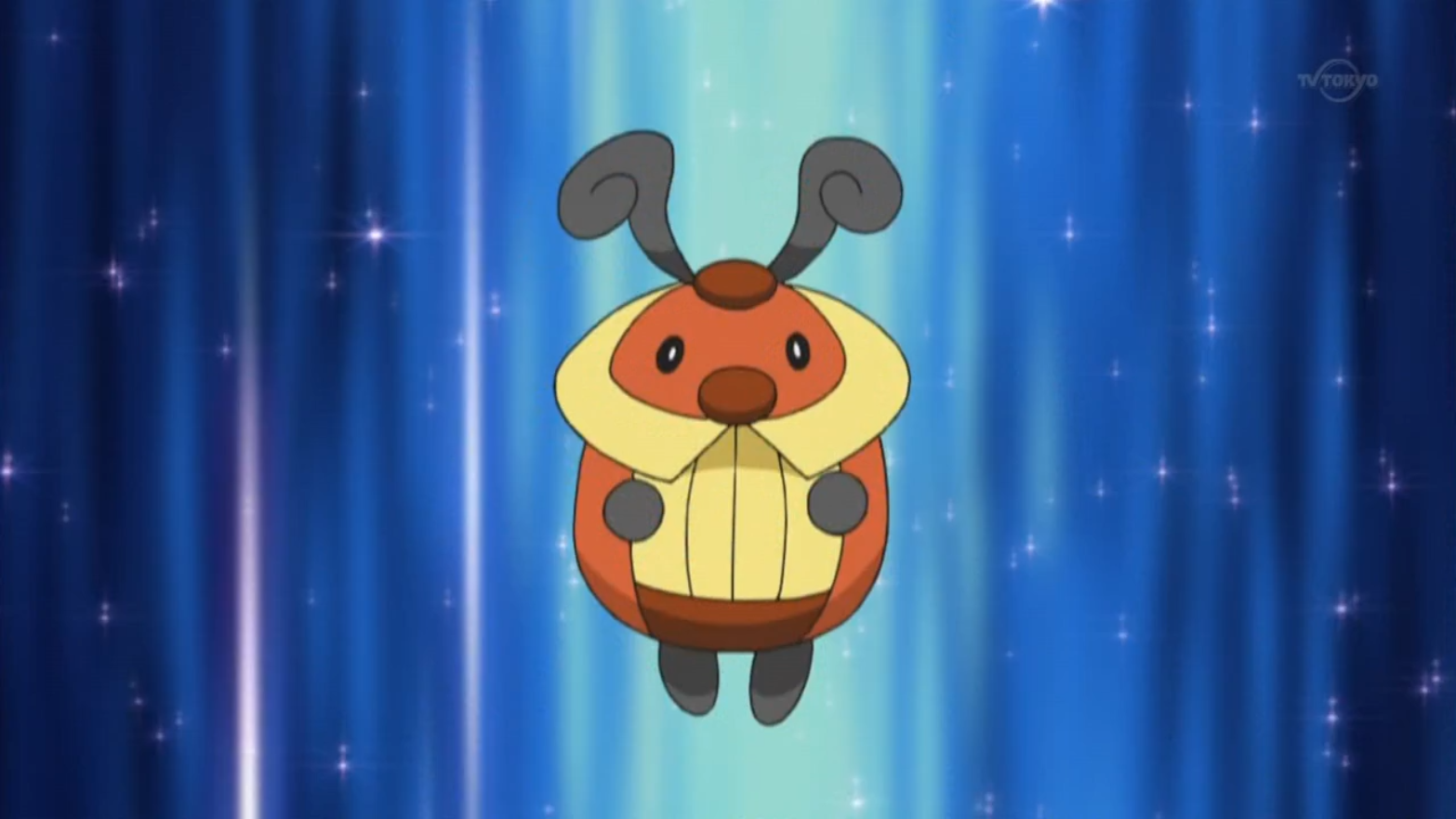 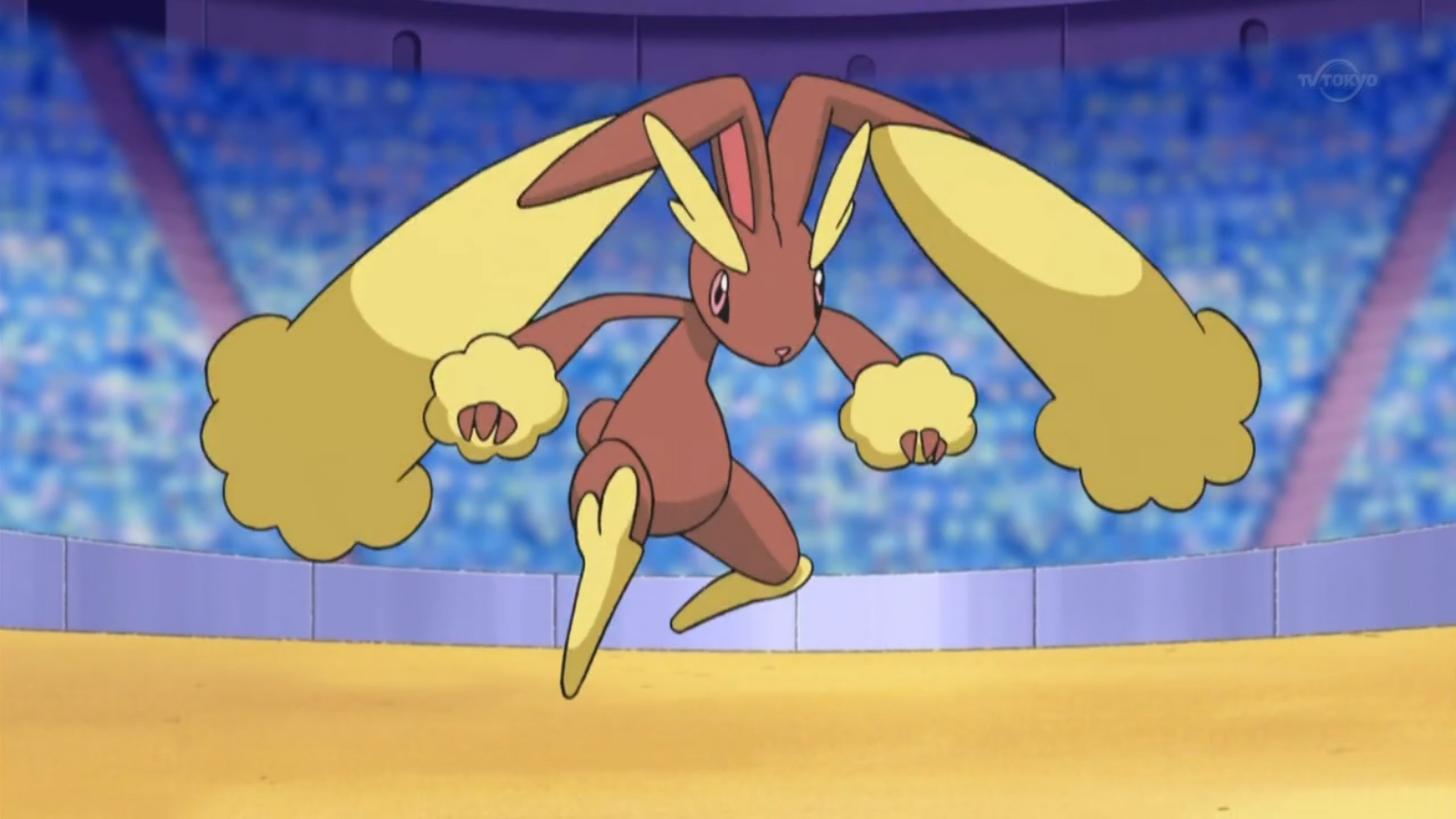 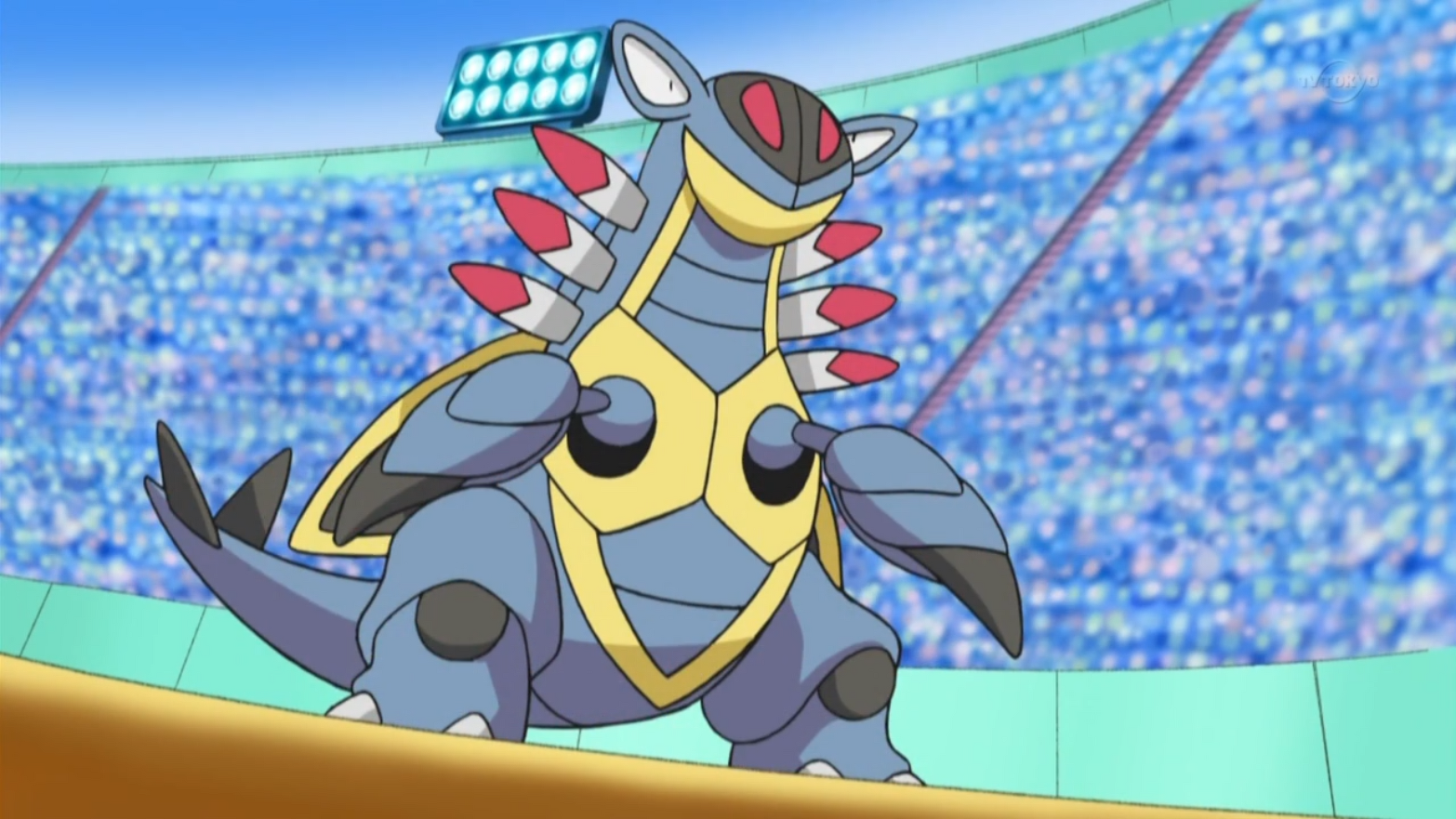 Nando, at the Sinnoh League