For the variant appearing in the games, see Mr. Briney.

On a Wingull and a Prayer!

Mr. Briney is a character appearing in Pokémon the Series: Ruby and Sapphire.

Mr. Briney is an old man, who has a white beard. Mr. Briney has a dark tan and dark green eyes. He wears a simple blue shirt, a red vest, a dark belt for his gray pants and a pair of brown shoes.

Since he is retired, Briney is a lonely person. Ever since Peeko visited him, the two became inseparable. Due to this, Briney would protect Peeko's life, even if forced to do shady things.

Mr. Briney was once a young sailor, who was a part of the ship's crew and lived through many adventures. After Mr. Briney retired, a lot of people from the harbor have moved out, leaving Mr. Briney alone on the docks. However, a Wingull came to Mr. Briney, cheering him up. Mr. Briney nicknamed the Wingull as Peeko and even built a ship, looking like it.[1]

As May was searching for someone to take them to Dewford Island, she found Mr. Briney, who was fishing. May approached Mr. Briney, who greeted her. May detected a Wingull, whom Mr. Briney introduced as Peeko. To befriend Peeko, May gave some of Brock's food. Briney was happy as well and promised to give the heroes the ride to Dewford Island. While May was going after her friends, Mr. Briney was approached by a Team Aqua agent, who had Crawdaunt lock Peeko in a cage and forced Mr. Briney to brush the children off, allowing the agent to sail off on the boat. Mr. Briney regretfully did so and brushed May off, since the agent promised to hurt Peeko instead. With everything done, Mr. Briney showed an old boat to the agent, who dismissed the idea of turning himself to Officer Jenny. The heroes figured out Team Aqua agent was to sail off and tried to help Mr. Briney, but the agent sent Crawdaunt to attack the heroes. Team Rocket also arrived and sucked Peeko and Pikachu in, but were blasted off by Crawdaunt. In the chaos of the attack, the agent fled away on his boat with Peeko. In order to stop him, Mr. Briney let the heroes on his ship, designed like a Wingull, he was secretly hiding. They nearly caught up to the agent, who was going to meet with others on a submarine. While Briney had the agent's ship crash, Mr. Briney managed to retrieve Peeko back, but the agent fled on the submarine, which dived in. Briney was grateful for the help and let the heroes have spaghetti dinner. On the following day, Briney and the heroes sailed off towards Dewford Island.[1]

On their way to Dewford Island, May and Max wanted some time off, so Mr. Briney stopped near an island, where May and Max started swimming. However, they were surrounded by Sharpedo, so everyone was forced to go to the land, which Briney found when he was younger, by accident. Briney and the heroes spent a day on the island, seeing the Sharpedo normally don't live in a pack. The following day, the heroes made a plan and as Ash was distracting the other Sharpedo, Mr. Briney, May and Max pulled a fence to trap the leader, who struggled to get out. Brock battled the Sharpedo leader, but found out it had been poisoned, so Brock spent a day to take care of Sharpedo. Briney was impressed by Brock's work, seeing the Breeder was doing a good job. After Team Rocket revealed themselves (and were blasted off), the Sharpedo remained friendly and allowed Briney to sail off. Briney sailed towards Dewford Island, where the heroes unboarded from his ship, while Mr. Briney went to Slateport City.[2] 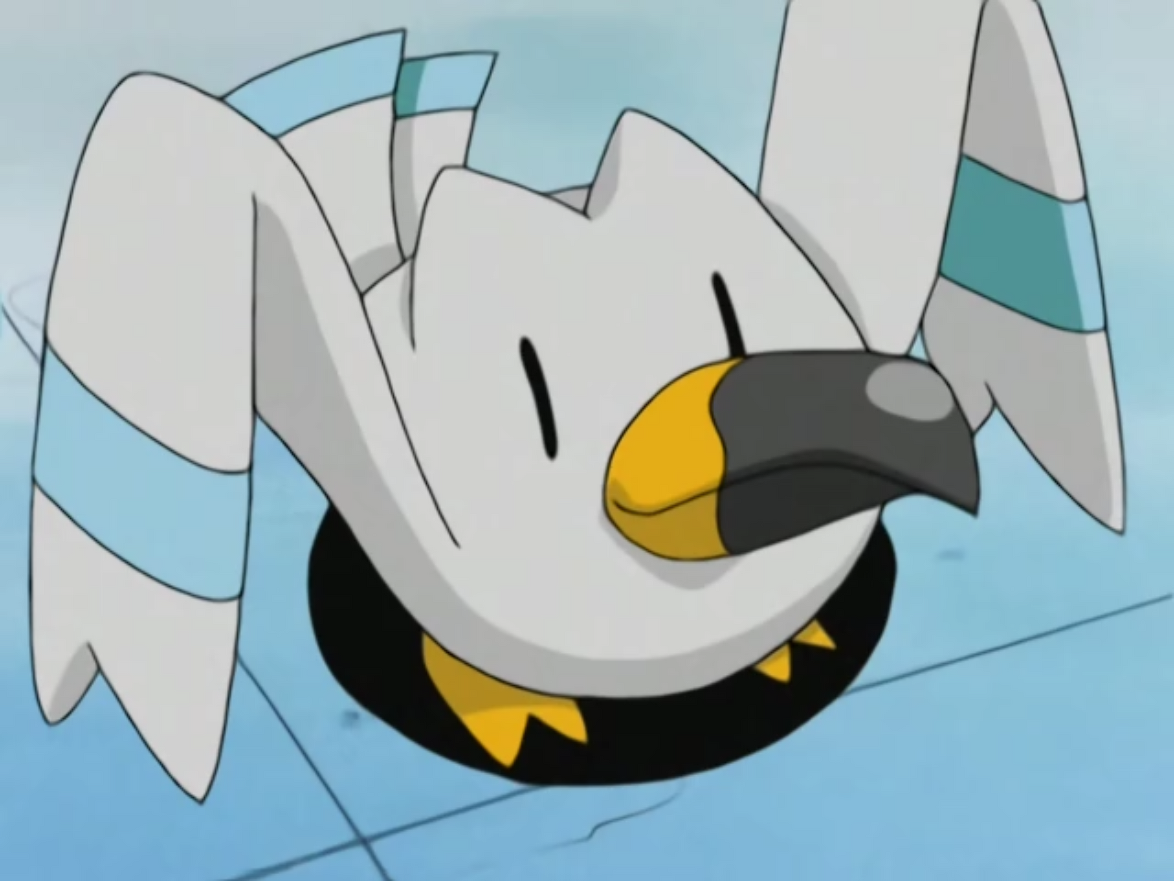 Retrieved from "https://pokemon.fandom.com/wiki/Mr._Briney_(anime)?oldid=1424579"
Community content is available under CC-BY-SA unless otherwise noted.