Blowing Past Nosepass I

Mr. Briney is a character appearing in Pokémon Adventures.

Mr. Briney is an old, though strong, bald man with white eyebrows and beard. He wears a red mantle, with the words 太魚 (meaning big fish) on the left part of the chest. He also wears black gloves and boots. Sometimes, Briney is seen with the sailor's hat on.

Though retired, Mr. Briney sometimes spends time at sea fishing. He is friends with Mr. Stone and Drake. He sometimes even faces Ultima and they both annoy each other.

In the past, Ultima met up with Mr. Briney, who became her old acquaintance. Mr. Briney was searching for the map to Faraway Island, where Mew was located, but couldn't find it.[1]

Mr. Briney pulled Ruby with his net, seeing he was unconsciously floating on the sea.[2] When Ruby woke up, Mr. Briney greeted him and introduced himself, letting him know Peeko had found him. Mr. Briney thought Ruby would do better by taking a nap, while Briney was fishing. He also heard of an ancient Pokémon capable of taking people into the depths of the sea. Ruby, however, ignored him, seeing he had nothing in common with the old man, even if Mr. Briney heard that. Still, Ruby explained an earthquake caused him to fall into the sea. Briney let him know his Whiscash could sense earthquakes, which were mostly felt around Sootopolis City. He fished out a Wailmer, but was not pleased by it and sailed away, claiming Ruby should know more about nature itself. Just then, Briney fished out a hostile Crawdaunt, which prepared for an attack and pushed Briney off the ship.[3]

Crawdaunt launched Hyper Beam, which Ruby dodged. Briney's Peeko used Quick Attack, but had no effect, since Crawdaunt was protected by its Shell Armor. Eventually, Ruby's Kiki managed to affect Crawdaunt and let Ruby tie it up. Briney came onto the ship and saw his Peeko bandaged, but also having some makeup on. Briney took control of the ship, knowing Ruby was hiding that Kiki's Cute Charm affected Crawdaunt and hit it with Double-Edge. He wondered how Kiki took so much damage from the recoil and thought Kiki was walking in circles to reduce such damage, thinking Ruby made a good strategy. Eventually, they arrived to Dewford Town, where Briney hoped to find the ancient Pokémon and find more about the earthquakes.[4] Ruby found Sapphire, whom Briney mistook as Ruby's friend. Sapphire introduced herself and explained she was Ruby's rival. The two started insulting each other, which made Briney and Peeko nervous. Still, Ruby thanked Mr. Briney for taking him to Dewford Town and left the old man.[5]

Ruby, who saw Sapphire holding Relicanth, recalled Mr. Briney's words how that Pokémon could take people to the depths of the sea.[6][7]

After the crisis had ended, Mr. Briney became a captain of the ship.[8]

Just as Ultima found the map to Faraway Island, she contacted Mr. Briney. However, he grudgingly reported he already found the island after these many years, which shocked Ultima. Briney reported he searched the island and found Mew had gone away. Ultima explained to Lorelei Mr. Briney was an experienced sailor and an old man, which made Mr. Briney furious, since he and Ultima were the same age. Still, Briney reported he couldn't catch Mew nor track it, since it was flying across Sevii Islands towards Kanto.[1] Still, Ultima also had Mr. Briney collect a soil sample for Emerald from Faraway Island, which was the birthplace of the ancestor of all Pokémon.[9]

Mr. Stone met up with Mr. Briney and Drake, as they were standing on S.S. Tidal. Mr. Stone asked his son whom had he thought of to help in the crisis. After Steven reported he took Ruby, Sapphire and Emerald for training, Drake commented Mr. Stone had a fine son, who was a reliable leader. Steven sent a picture of the glyphs of the Granite Cave to Mr. Stone, who gazed upon the picture, along with Mr. Briney and Drake.[12] Mr. Stone asked Drake about the picture, but Drake had no answers, since he needed more time to analyze the picture.[13] Mr. Stone and Mr. Briney watched Sapphire and Emerald having Mega Evolved their Pokémon. Seeing he had to tell them about the disaster, he asked Mr. Briney to start the ship, as he looked at the Dimensional Shifter they needed to divert power to.[14]

Drake, Mr. Briney and Mr. Stone visited Steven, Sapphire, Emerald and Ultima. Just as they were meeting each other, Mr. Stone bluntly told everyone to go on the ship, as they were immediately sailing off to Sea Mauville, as some people can overhear them.[15] The group arrived via a boat to Sea Mauville, which was a former building, hosted a company, which was a rival to Devon Corp. During the night, Briney visited Ultima, who couldn't sleep, for she was thinking about the meteorite. Briney explained the Absorber Mr. Stone activated was to drain the life force from the Pokémon and power the Dimensional Shifter. Ultima asked if he was okay with such choices; Briney was uncertain, but knew something had to be done to stop the meteorite.[16]

The following day, Mr. Briney watched how Sapphire's Mega Blaziken and Emerald's Mega Sceptile gave the energy away to the Absorber.[17] Since Zinnia arrived with her grunts to attack, Mr. Briney had his Pelipper, Peeko, attack them.[18] During the battle, Briney had Peeko use Soak on Zinnia's Goodra. Later, he wondered what kind of a deal Ruby made with Zinnia.[19] After the battle was over, everyone but Mr. Stone and his son were on the ship. After lowering the ship's anchor, Briney listened to Ruby about the Draconids and the scroll he stole from Zinnia. Briney was also startled to hear he was in love with Ultima. Mr. Briney, despite thinking he couldn't sleep, went to bed.[20] However, he was shocked to see that Hoopa summoned Groudon and Kyogre through its rings. He also saw some men on the coast, so Ruby and Emerald went after those people.[21] Along with Ultima and Drake, Mr. Briney drowned with his ship into a whirlpool.[22] Fortunately, the Draconids saved them and brought them to Meteor Falls village to rest.[23] 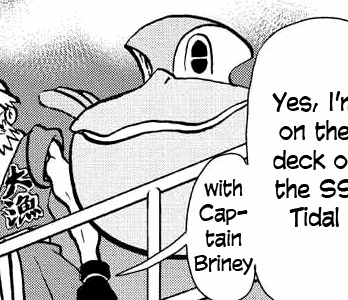 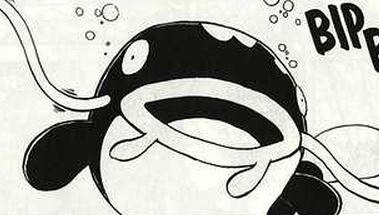 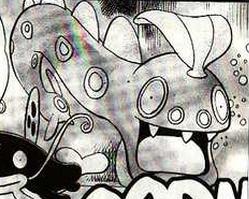 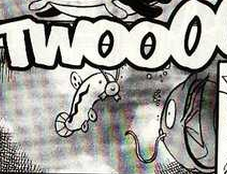 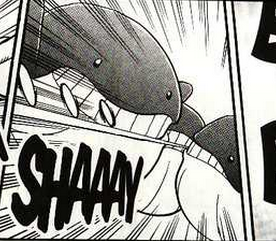 Retrieved from "https://pokemon.fandom.com/wiki/Mr._Briney_(Adventures)?oldid=1113531"
Community content is available under CC-BY-SA unless otherwise noted.