For the variant appearing in the games, see Morty.

A Ghost of a Chance

Masaya Matsukaze
Andrew Rannells
Morty is a character appearing in the anime series, who is the Gym Leader of Ecruteak City in the Johto region.

Morty is a tall young man with golden-yellow hair and dark peridot eyes. Morty wears a light blue bandanna on his forehead. His attire consists of a long sleeved shirt the same color as his bandanna with yellow elbows, jeans and sneakers.

Morty is a calm person, who recalls the past of Ho-Oh, whom his family have guarded for generations. He also despises people that steal Pokémon. Morty's battle strategy is complex and consists of having his Ghost-type Pokémon disappear, make sneak attacks and confusing them. He is also friends with Eusine.

Ash, Misty, and Brock went into the Burned Tower, but accidentally angered the ghosts. Morty appeared to calm down the ghosts, as it was their home. Ash noticed a picture of Ho-Oh, whom he saw before, and Morty explained that the Burned Tower hosted Ho-Oh, who was guarded by his family. However, Ho-Oh flew off, as greedy people wanted its power and the tower was burned. Thus, a new tower, the Tin Tower, was constructed to commemorate Ho-Oh's power. Just then, Togepi ran off and Pikachu followed it, so Morty sent Gengar, who had Haunter and Gastly sent to follow them. Eventually, Gastly found both of them, so Morty came out with the heroes, whose Gengar battled Team Rocket. Morty, who was disgusted at Team Rocket for stealing the Pokémon, had them blasted off. Morty then turned to Ash, advising him to have their Gym match the next day, then walked away to the Gym.[1]

Morty was teaching his students until Ash appeared for the Gym match. Morty greeted Ash and asked if he could have his students watch the battle. Ash allowed it, since it did not bother him. Morty sent Gastly against Ash's Noctowl, who used Foresight to target Gastly. Gastly, however, used Lick, causing Ash to swap Noctowl with Pikachu. Pikachu used Quick Attack and Thunderbolt on Gastly, who evaded the latter attack and defeated Pikachu with Night Shade. Ash sent Cyndaquil, who dodged Gastly's attacks. Just as Gastly was to use Lick again, Cyndaquil climbed on its tongue and defeated Gastly. Morty, however, sent Haunter, who locked Cyndaquil from being swapped by using Mean Look. Haunter tried to hypnotize Cyndaquil, who used Smokescreen to evade the move. Haunter, however, pulled Cyndaquil in and used Lick. Ash tried to call Cyndaquil back, but failed, as Cyndaquil was affected by Mean Look and was eventually defeated. Ash sent Noctowl back, even if Morty knew Noctowl wouldn't last for long. Noctowl used Foresight, allowing it to see Haunter, who used Confuse Ray to confuse it. Noctowl managed to tackle Haunter and using a new move it learned, Confusion, Noctowl defeated Haunter. Morty sent Gengar as his last Pokémon. Gengar managed to use Night Shade to counter Noctowl's Foresight. Instead, Noctowl used Confusion around the whole Gym, which caused Gengar to be hit and to appear. Using Foresight, Gengar could not turn itself invisible and was defeated by Noctowl's Tackle. After the battle, Morty noted Ash put a good fight and gave him a Fog Badge.[2]

Once the heroes returned to Ecruteak City, Morty and his friend, Eusine, were surprised to hear the Tin Tower's bell ringing. However, they soon found out the bells were missing, so Morty had Gengar search for the bells. Eventually, Morty found the heroes and introduced them to Eusine. Eusine, hearing Ash has met Ho-Oh already, was enraged and challenged him to a battle, with Morty serving as the referee. Morty tried calming Eusine down, but failed. Before the battle started, everyone was informed the Pokémon from the forest close to Ecruteak City started attacking and even made a web across the city. Morty believed Suicune, who formed a pact with humans, has canceled, as the bells at the Tin Tower that represented that pact have been stolen. Eventually, Gengar found the bells and showed Team Rocket, who stole them. Suddenly, the Pokémon started attacking, but Eusine's Alakazam protected them before Suicune arrived. After Suicune blasted Team Rocket away, Eusine sent Alakazam to battle Suicune, wanting to catch it, despite Ash and Morty's warnings. Suicune, however, used Roar and retreated, while everyone saw a rainbow, which Morty thought it was Ho-Oh's sign, who was watching them. Morty believed Ho-Oh, when it would return, would unite people and Pokémon's hearts as one.[3]

When Team Rocket stole Ash's badges, Ash was searching for the lost badges. He also remembered his battles with the Johto Gym Leaders, including Morty and his Haunter, as Ash and his Pokémon won those badges through hard effort.[4]

He, along with Whitney, were mentioned by Lyra, who was unable to decide whom to challenge next for her third Johto badge.[5] 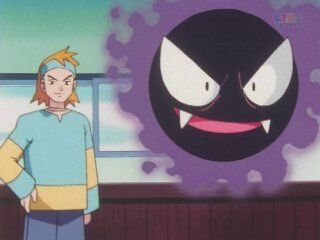 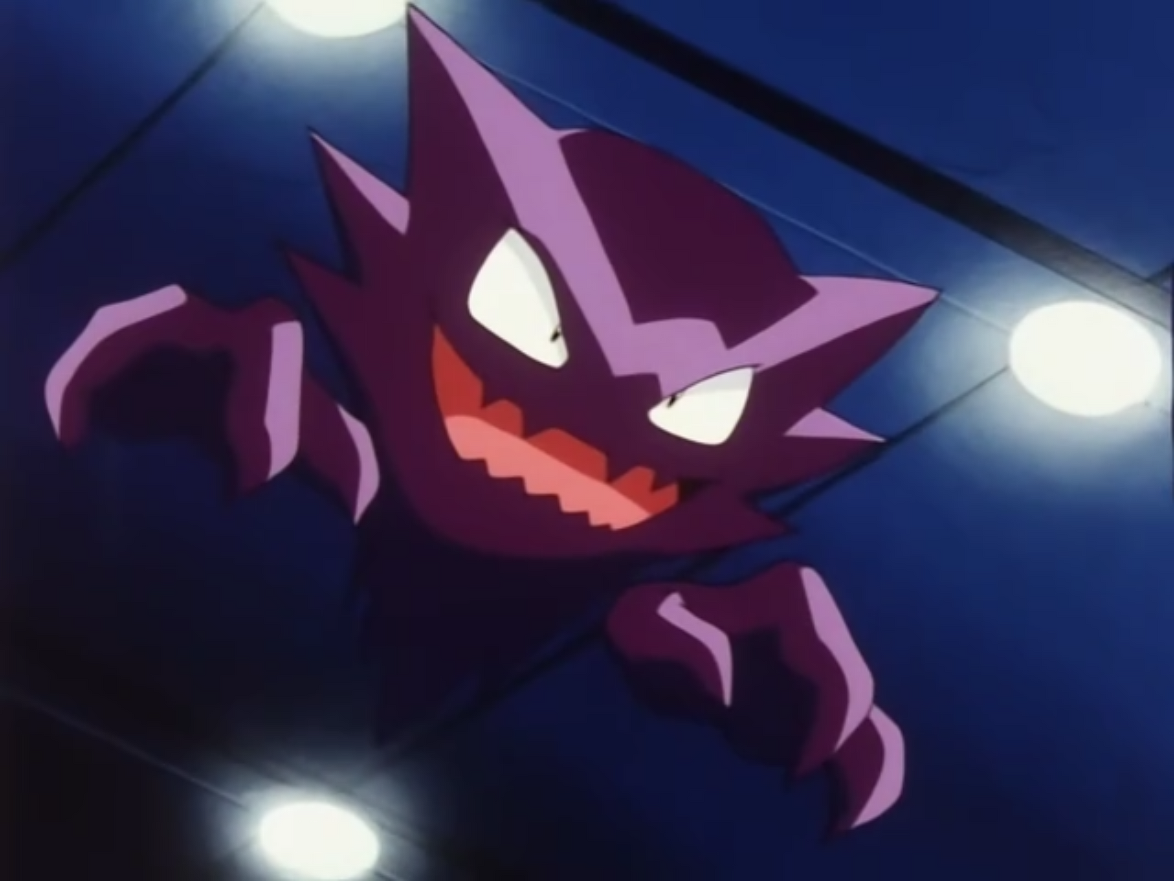 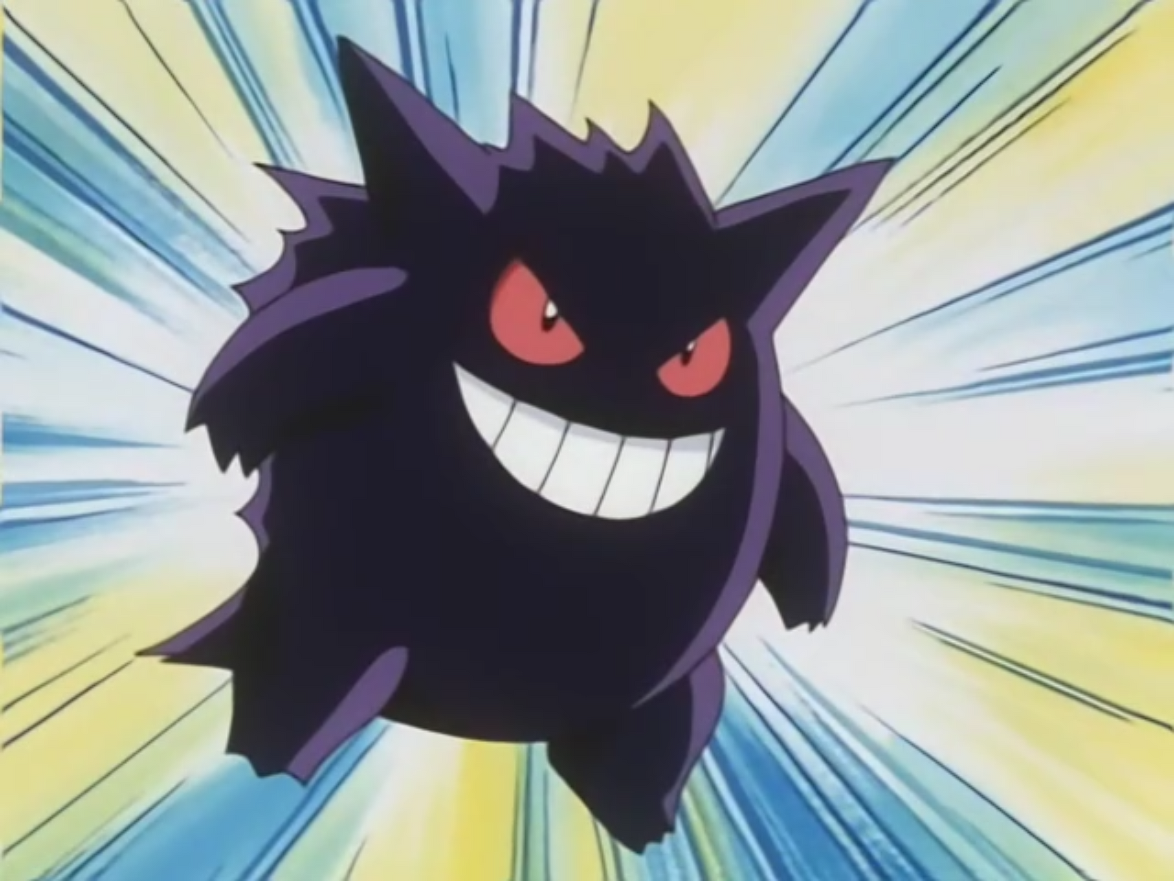 Morthy, alongside the other Johto Gym Leaders.
Add a photo to this gallery

Retrieved from "https://pokemon.fandom.com/wiki/Morty_(anime)?oldid=1339599"
Community content is available under CC-BY-SA unless otherwise noted.