The Spell of the Unown

Molly Hale is a young, five-year-old little girl from Pokémon 3: The Spell of the Unown. With the power of the Unown, she could turn into two older versions of herself: She is a pre-teen and a teenager.

Molly has blue eyes, fair skin and brunette hair while her outfit consists of a blue dress and bow: her attire and hair change when she alters her age. In her true age, she has short hair and her bow is on the left side of her head. Her dress is paired with a white short-sleeved shirt and blue gem and pink shoes with white knee-high socks.

As a pre-teen, her hair reaches to the bottom of her neck, her shirt is now sleeveless while her dress no longer has lines on it and her shoes are replaced with light brown boots.

As a teenager, Molly's hair has grown much larger in addition to becoming a lighter blond and reaches her shoulders, her dress is a darker shade of blue with a white coat over it, her bow is worn on her neck and she doesn't wear socks while her boots have become a darker shade of brown. In addition Molly's voice become lower and more mature sounding. She also wears a pair of black-and-white, yo-yo themed earrings.

Molly lives in the beautiful town of Greenfield in the Johto region with her father, Professor Spencer Hale. Her mother disappeared some time ago and her father is often away studying ancient Pokémon. Molly’s father was good friends with Ash's mother when they were in school, and Molly and her parents visited Pallet Town when Ash and Molly were both very young.

After Molly's father went missing during an archaeological dig with his assistant Skyler regarding the Unown, she makes a wish that her father would return using the stone tablets Skyler retrieved from the ruins, summoning the Unown to her side. The Unown her father had accidentally discovered reacted to Molly's wishes and imagination and created an Entei. Believing the Legendary Pokémon her father had told her stories of is, in fact, her father, she continued to imagine and the Unown made her dreams a reality.

The mansion and surrounding fields were transformed into crystal formations, impenetrable to outsiders. Meanwhile, Ash, Misty, Brock, Professor Oak, and Ash's mother arrive in Greenfield and witness the transformation. Seeing Ash's mother on television, Molly wishes for her own mom, and Entei proceeds to kidnap Delia Ketchum, hypnotizing her into believing she was Molly's new mother.

When a bulldozer attempts to breach the crystal landscape around Molly's mansion, Molly's demand for them to go away is answered by the Unown, before Molly then sends a video email to the Greenfield Pokemon Center, telling everyone there to leave her and her parents alone.

Ash, Misty, and Brock make their way to the interior of the crystal formation to rescue her but are confronted by Molly who wishes to battle them. Brock is the first to take on Molly, but her dreamed-up Pokémon are much stronger than even his Onix. Next to fight her is Misty, but Misty’s water Pokémon are swiftly defeated by yet more imaginary Pokémon.

Whilst the battles take place below, Ash ascends the tower and tries to rescue his mother. Molly becomes upset, which causes huge spikes to shoot up from the floor. Entei appears, and Ash proceeds to battle him with the help of Charizard, who also saw Ash on television. However, Entei proves too powerful for Charizard, and soon Entei has Charizard pinned under his foot as he prepares the finishing blow. Molly stops Entei from killing Charizard and decides to go with the others and leave the mansion. But the Unown have built up too much Psychic energy and are out of control, which leads to Entei destroying the energy and himself. The Unown disappear, as do the crystals, and Molly’s father is returned. Molly emerges from the mansion with Ash and the others to reunite with Skyler, Professor Oak, her servants, and the police. The end credits show Molly’s parents returning to the mansion and Molly now owning a Teddiursa as her new playmate. 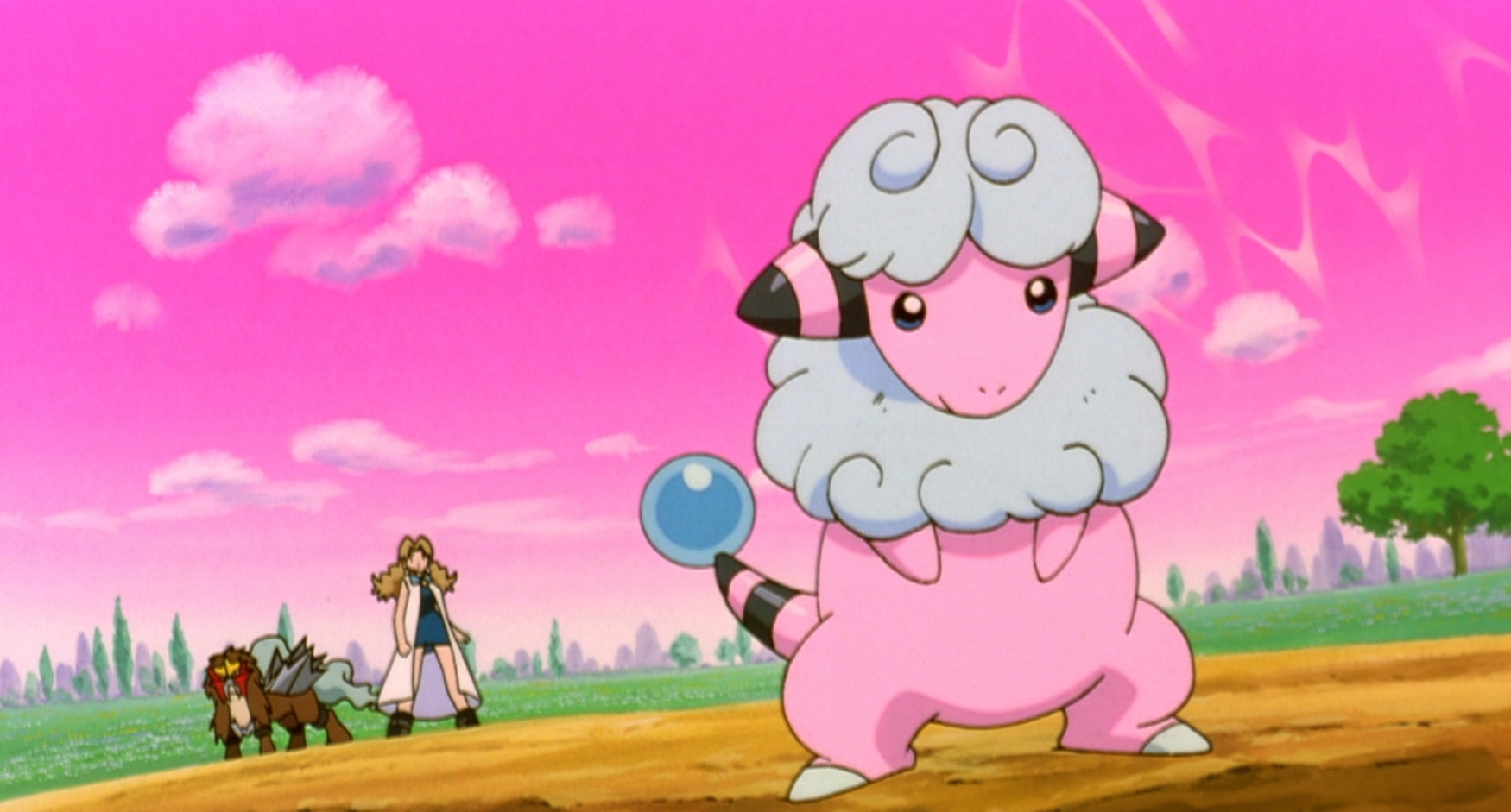 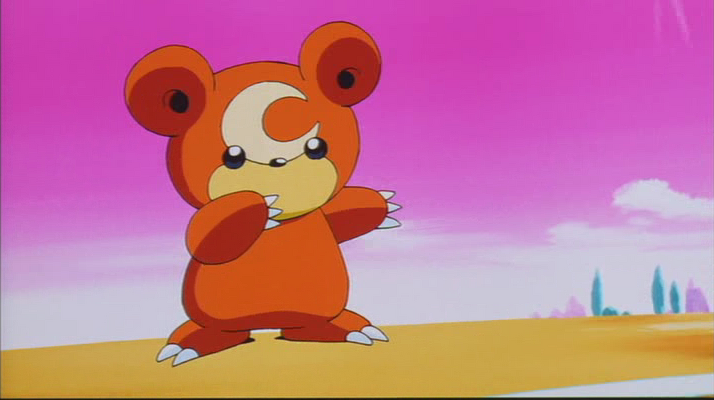 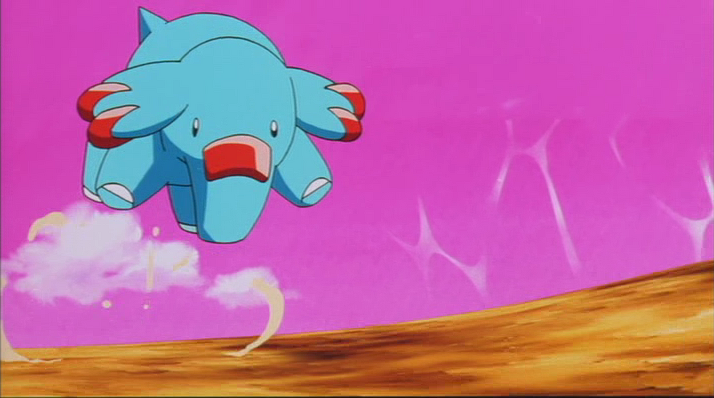 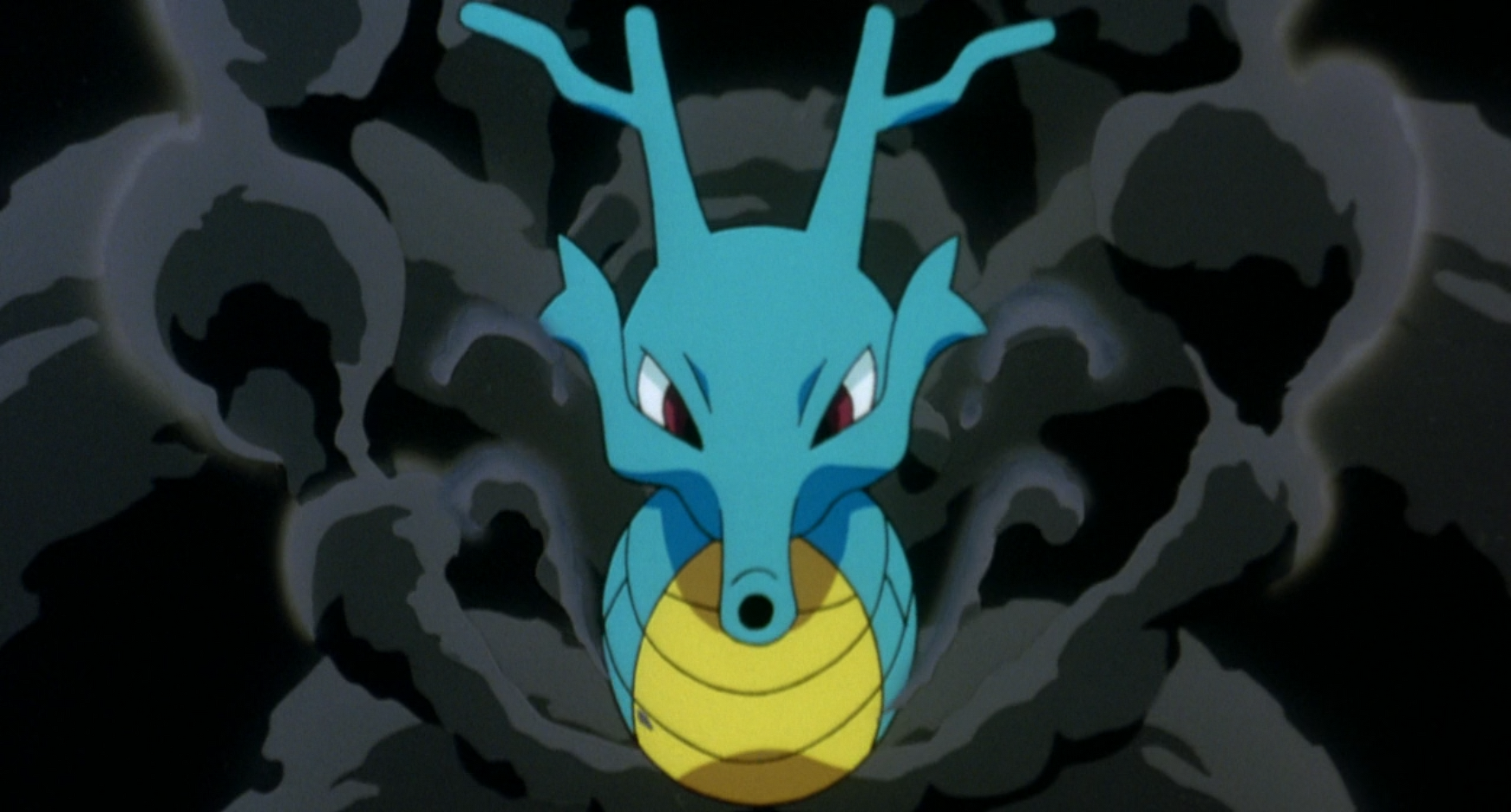 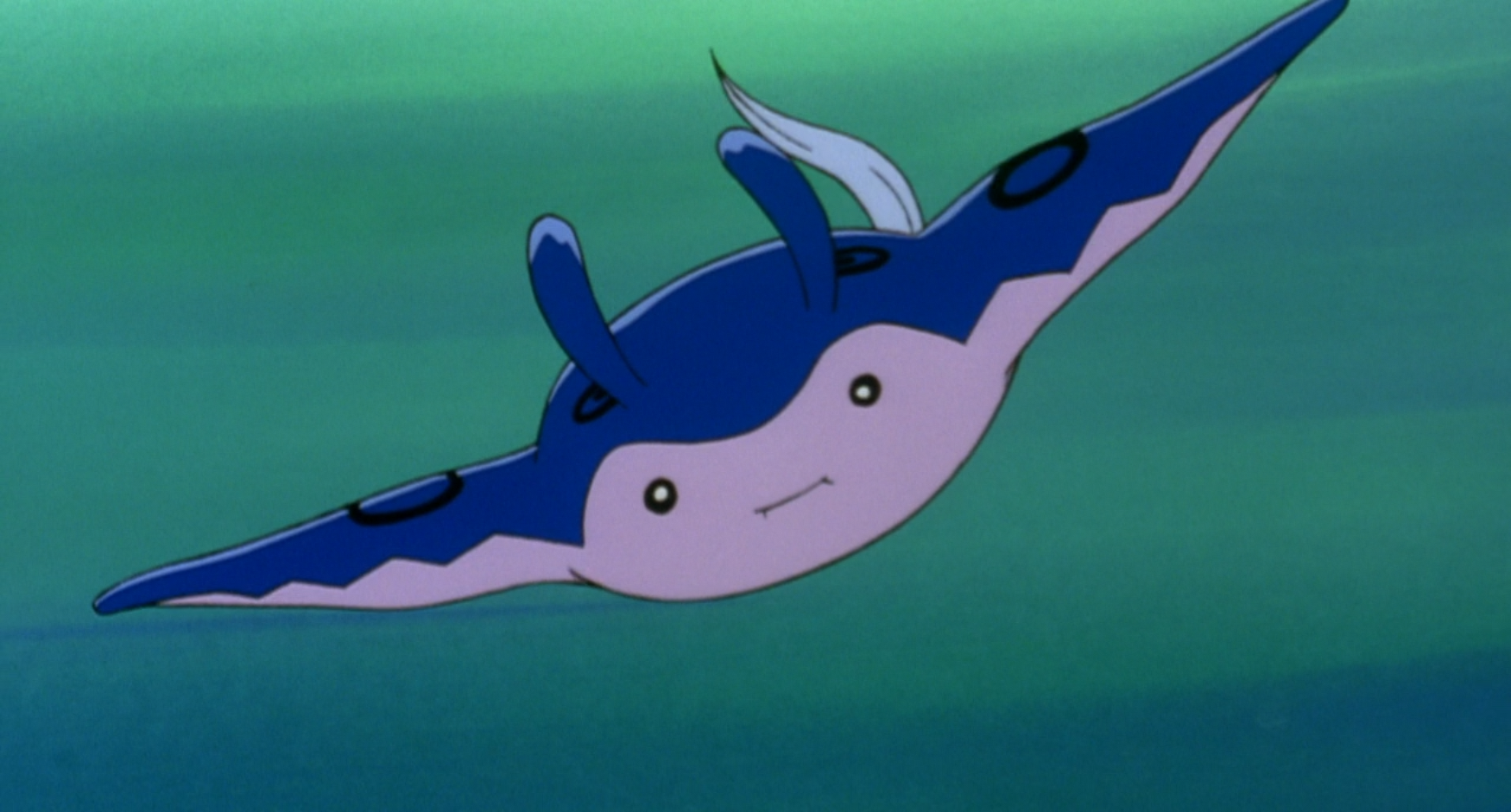 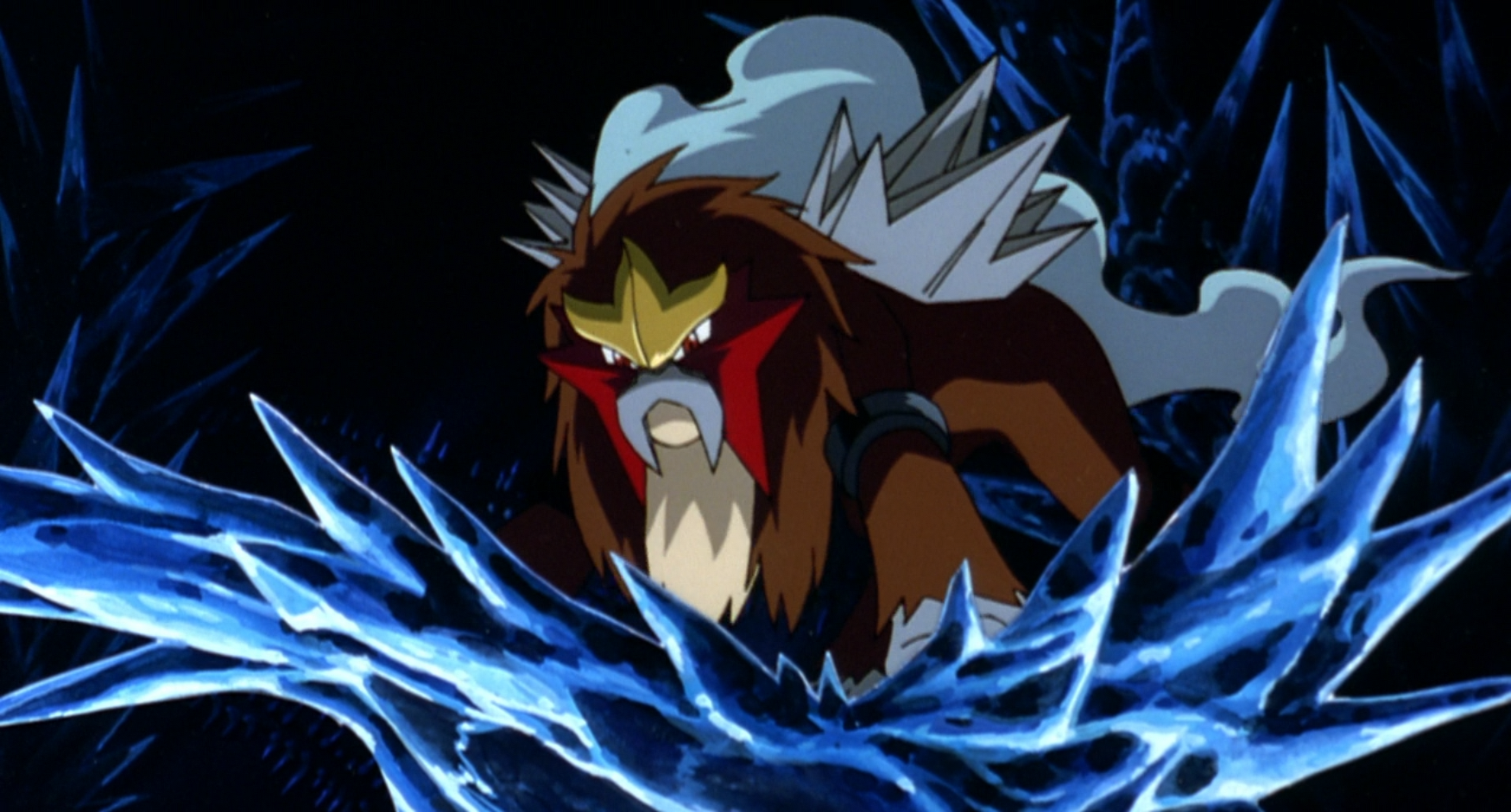 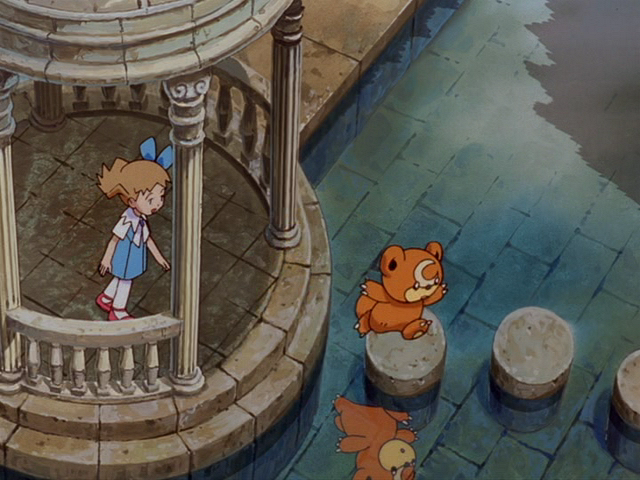 Molly as a teenager.

Add a photo to this gallery
Retrieved from "https://pokemon.fandom.com/wiki/Molly_Hale?oldid=1316314"
Community content is available under CC-BY-SA unless otherwise noted.