For the variant appearing in the games, see Molayne.

The Party Crasher and Guzma the Destroyer

Molayne is a character from Pokémon Adventures.

Sophocles later worked with Molayne on redesigning a machine, which was used to summon Totem Pokémon, into an airship, shaped like a Vikavolt.[5]

At Hokulani Observatory, Sophocles and Molayne led the group to the Vikavolt airship. Sophocles was quite prideful of the work he and Molayne did. However, the group admitted they were skeptic of it, so Sophocles forced everyone to enter by having Togedemaru electrocute them. Inside, the group revised that the crack in the sky had been opened at Mount Lanakila, and suspected that Sun and Moon came out. Molayne reminded they would have to fight the Ultra Beasts, but exclaimed the importance of rescuing Sun and Moon out of there. Suddenly, the airship got hit. Mallow told that she knew it would crash, but Sophocles pointed out they were attacked by the Ultra Beasts, and the Aether Foundation employees.[5]

With the arrival of the four Guardian Deities, Sophocles and Molayne went out of the aircraft and started to battle the Ultra Beasts. They confronted two Nihilego, and had their Alolan Dugtrio use Corkscrew Crash and Togedemaru use Gigavolt Havoc Z-Moves, which defeated the two Nihilego. After reporting their success, the duo went to fight even more Nihilego.[6] 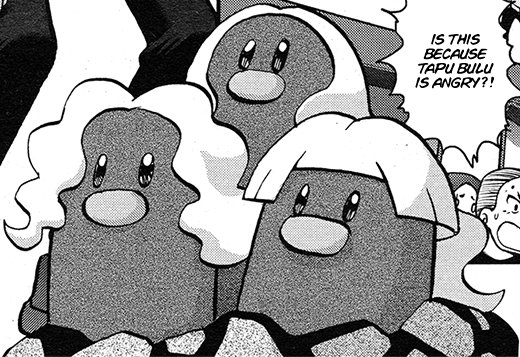 Retrieved from "https://pokemon.fandom.com/wiki/Molayne_(Adventures)?oldid=1189580"
Community content is available under CC-BY-SA unless otherwise noted.