For the variant appearing in the games, see Mina.

The Shape of Love to Come!

Mina is a character appearing in the Sun & Moon series.

Mina has ash-blonde hair with pink paint splattered on the sides and grey eyes. Her face is marked with pink paint and often has a sort of relaxed and calm expression on her face. Her shirt is beige with a camouflage pattern of pastel green and pink paints. Her jeans and sneakers are grey: the former are a bit ripped. She carries a grey bag with all her painting supplies and sketchpads so that she could paint wherever she goes. She wears a charm as a ring on her right index finger.

Mina is shown to be an eclectic artist that loves painting. She is known to paint for long periods of time without any breaks.

Mina was drawing a painting, when Ash and Poipole approached her. Poipole and Professor Burnet were interested in her paintings. Mina's Ribombee went atop Poipole's head, and Mina interpreted Poipole's feelings as "like, like, love", noting that Poipole was interested in drawing, too. Rotom and Ash were fascinated she knew what Poipole was feeling, but Mina simply stated she could interpret what was Ribombee telling her. Before the group left, Mina introduced herself. The next day, Ash went back with his classmates, who were fascinated by her paintings, too. Mina showed a new painting of Ash, Professor Kukui, Professor Burnet and their Pokémon. Poipole was moved by these feelings, and drew a painting on the floor, which Mina took note of, stating Poipole felt love.

Later, Mina was approached by Team Skull grunts, one of which wanted her Ribombee. To counter them, Mina challenged them to an art battle and have everyone draw a picture of their Pokémon. Despite the grunts making fun of each other's work, Mina felt Rapp and Zipp's paintings were quality work, while she advised Tupp to refine his painting. Tupp felt mocked, and threw the artbook in air, which Mina caught, who wanted to call the battle a draw. The real battle started, as the grunts had their Pokémon attack. Ash came to help her out, and defeated the grunts. Mina thanked him for the assistance, but Ash asked her about Poipole, who was sad a moment ago. Mina sensed Poipole was feeling fine, but the painting it draw showed that Poipole was feeling sad, like it carried a burden.[1]

Mina participated in the Alola Pokémon League with her Ribombee, and won the preliminary round. When she learned she would face Sophocles in the next round, Mina made a sketch, and glared at her opponent.[2] Mina faced Sophocles in battle, whose Ribombee evaded Sophocles' Vikavolt's attacks. However, Sophocles' Vikavolt managed to distract Ribombee and bind it, and defeat it with Zap Cannon. Mina lost the round, but praised Ribombee for giving its best.[3] Mina attended the final ceremony, where Ash was given the Championship Cup. She was surprised to see the Ultra Beast, Guzzlord, having descended from the Ultra Wormhole.[4] 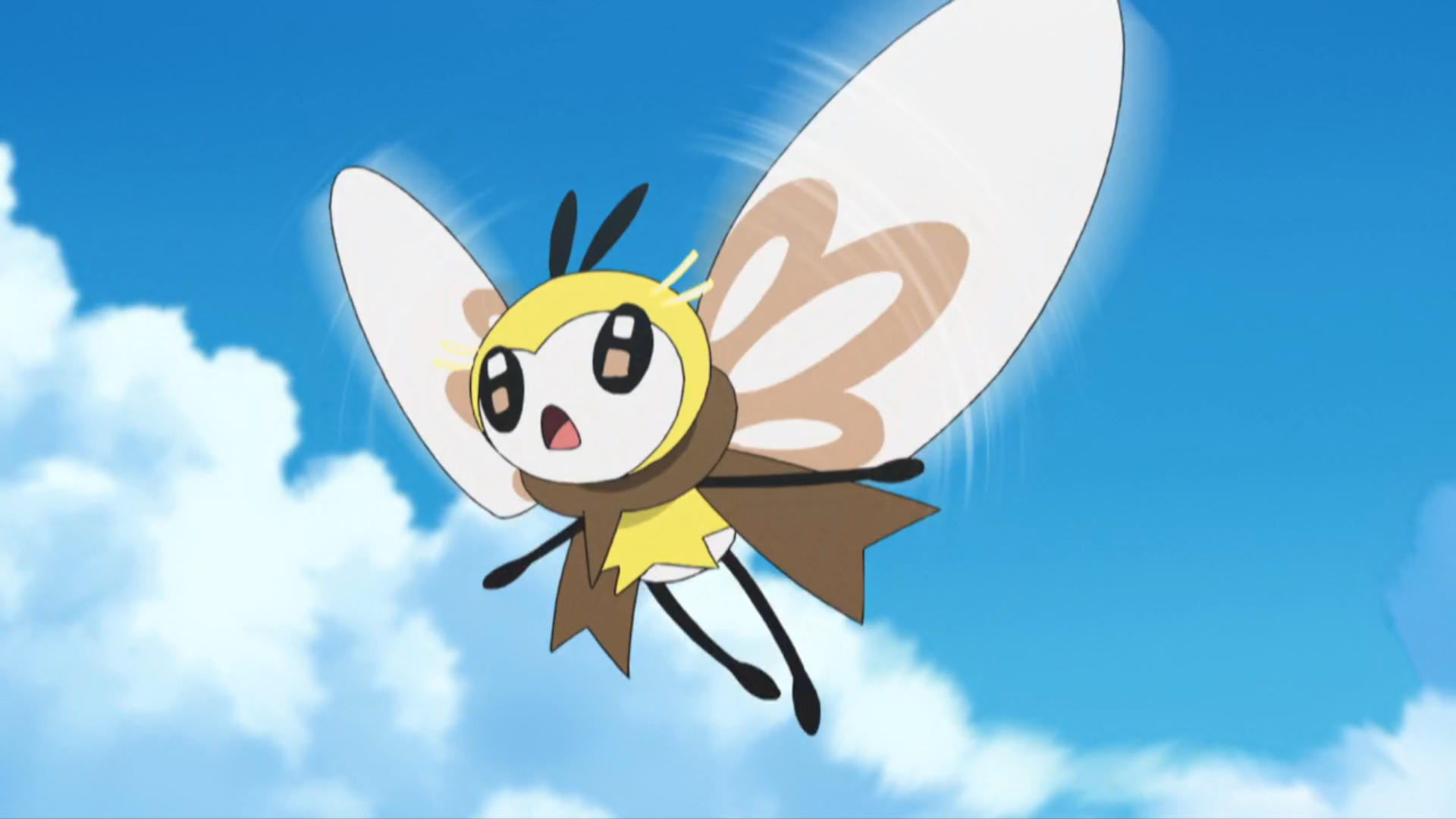 Retrieved from "https://pokemon.fandom.com/wiki/Mina_(anime)?oldid=1295500"
Community content is available under CC-BY-SA unless otherwise noted.