Miltank has many similarities in appearance with a dairy cow (specifically, the Jersey cow), but is predominantly pink in color, with a black hood, and a creamy underside. Miltank is both bipedal and quadrupedal, depending on their current actions.

Most Miltanks prefer to give milk (in her case, breastfeed) to other Pokémon rather than humans. Their natural maternal instinct makes them one of the most protective Pokémon, in terms of being their 'wet nurse'.

Miltank does not evolve.

Miltank's name is the portmanteau of both "milk" and "tank". The "tank" part also greatly alludes to her having a very tank-like Defense stat. 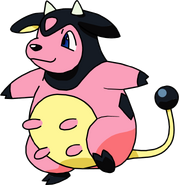 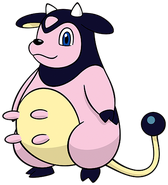 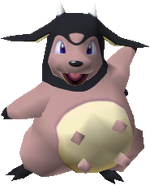 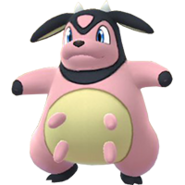 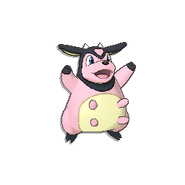