A Battle by Any Other Name!

Miette in other languages

Voice actor(s)
Saori Hayashi (A Battle by Any Other Name!)
Kei Shindo

Miette is a character appearing in Pokémon the Series: XY and XYZ, who is a Pokémon Performer and the main rival of Serena.

Miette is a short young girl with fair skin, brown eyes, and short, yet layered dark blue hair that she secures with light blue maid-like headwear and an orange headband. She wears an elegant and fashionable outfit that consists of a teal shirt with long light blue sleeves, a sleeveless green overshirt with cyan squares on both sides, an orange tie, and cyan shorts with light blue lines. On her feet, she wears orange shoes and plain white socks that nearly reach her knees. For storage, she carries around an orange backpack with brown straps.

While performing in Pokémon Showcases, Miette wears blue headwear with long orange ribbons, a blue neck collar, a blue and white sleeveless maid dress, and white shoes with blue soles. She also wears orange rings around both of her arms and legs.

Miette is a nice girl, who behaves politely, yet has a sassy side to her. However, she starts to tease Serena, first about her Poké Puff being "so-so", then claiming Ash will be her boyfriend (for she had figured out that Serena had a crush on him and was trying to make her jealous), thus causing the rivalry between her and Serena, though she had her own feelings for Ash as well. Miette also tries to get Ash's attention (by flirting with him) numerous times throughout the series, causing Serena to get annoyed and blush. Miette, along with baking Poké Puffs, loves to dress nicely, especially for certain events, such as Monsieur Pierre's dance party. Outside of Showcases, she considers Ash as her and Serena's "other competition". If it goes way too far, Serena has the tendency to shout Miette's name in a high-pitched voice.

Miette first appears when she comes looking for her Slurpuff and notices Serena's Poké Puffs (which Slurpuff ate), in which she says Slurpuff thinks they are "so-so", angering Serena, starting their rivalry. In order to find out who is the better baker, both Serena and Miette compete in a Poké Puff competition. Miette and Serena both make it to the Top 3, along with the Berrybaker kids and their Makuhita. After watching Bonnie ask the judge Gina to "take" of Clemont, Miette approaches Ash and asks him the same question, Miette notes at how this angers Serena. Gina, later declares the Berrybaker kids the winners. Miette and Serena both promise to get stronger, and Miette whispers in Serena's ear that if Serena doesn't tell Ash how she truly feels about him, then she will confess her own feelings for him, causing Serena to blush.[1]

She later appeared in Dendemille Town, being also a Performer, like Serena. Miette, seeing Serena's new look, asked Serena if the reason she had cut her hair was that something "big" happened, causing Serena to blush. She, along with Serena enters the Dendemille Town's Showcase, using her Slurpuff for baking the Poké Puff in the first round and Meowstic for her free performance in the second round. However, seeing Serena's performance (which gave Serena the victory), Miette started to respect Serena and gave her a handshake which Serena accepted. However, Miette warned Serena she still hasn't given up on their other "competition" (Ash) either, causing Serena to blush yet again. Miette slyly bid Ash goodbye as he told her to take care as she giggled at Serena's reaction at this before leaving.[2]

Miette met the heroes at the castle, where the dance party was to be held. She teased Serena again, learning she did not choose Ash as her partner. Miette asked Ash as her partner, who agreed, shocking Serena at what she just heard. Miette entered the castle and after registering for the party, she received a card for the party. Miette was fascinated by the amount of dresses, then started giving some to Ash so she can try them on later, after browsing through. With her dress on, Miette met up with Clemont, Bonnie and Serena, complementing the latter's appearance. After everyone had arrived, they watched as Aria started dancing with Monsieur Pierre. After Pierre ended the dance with Aria, Miette started dancing with Ash. Ash did not know how to dance, stepping on Miette's dress and even accidentally bashing into her head, displeasing Miette. After the dance was over, Miette lifted her card in the air and noticed the mark, thus she was partnered with James against Ash and Serena in a Tag Battle. Miette tried to get her Slurpuff to attack Eevee and Pikachu with Energy Ball, though the moves were countered by their Electro Ball and Swift. Fortunately, James had Inkay attack Psybeam, which Pikachu and Eevee dodged, only for them to be engulfed in Slurpuff's Cotton Spore. Serena tended to her Eevee and encouraged her, who was severely injured. Remembering Aria's lesson, Serena smiled to Eevee, who evolved into a Sylveon and used Fairy Wind, defeating Inkay and Slurpuff. Despite losing, Miette encouraged Serena to participate in other Showcases.[3]

Miette came with her rivals - Shauna, Nini and Serena - to Gloire City, where the Master Class Tournament was being held. Miette approached Ash and asked if he'll support her in the tournament, even if it meant going against Serena. Ash replied he'd vote for Serena if that happened. Serena started blushing and even pulled Miette away, after Miette asked Serena "did she make any progress (on Ash)", before being restrained by Serena. Before participating, Miette told Serena there won't be any hard feelings, regardless of who wins or loses. Miette faced Serena and Sara Lee in the first round. Miette had Slurpuff use Cotton Spore and danced with her around the "clouds", then finished with Fairy Wind. After all three ladies had performed individually, due to the rules, they started performing together. Miette had Slurpuff use Fairy Wind, but Serena's Braixen used Fire Blast, stealing the spotlight. The people voted for Serena as the winner of the round. After arriving at the waiting room, Miette, who gloomed over her loss, gained courage and wished Serena luck in winning the Kalos Queen title.[4]

Miette was present, along with Shauna and Nini, watching the final performance between Serena and Aria. After the Master Class ended, Miette gathered outside with Shauna, Nini and Serena. Miette teased Serena about Ash once again, making her blush and scream her name in a high pitched voice. Miette promised she would train more for the Showcases and departed off with Shauna and Nini away.[5] 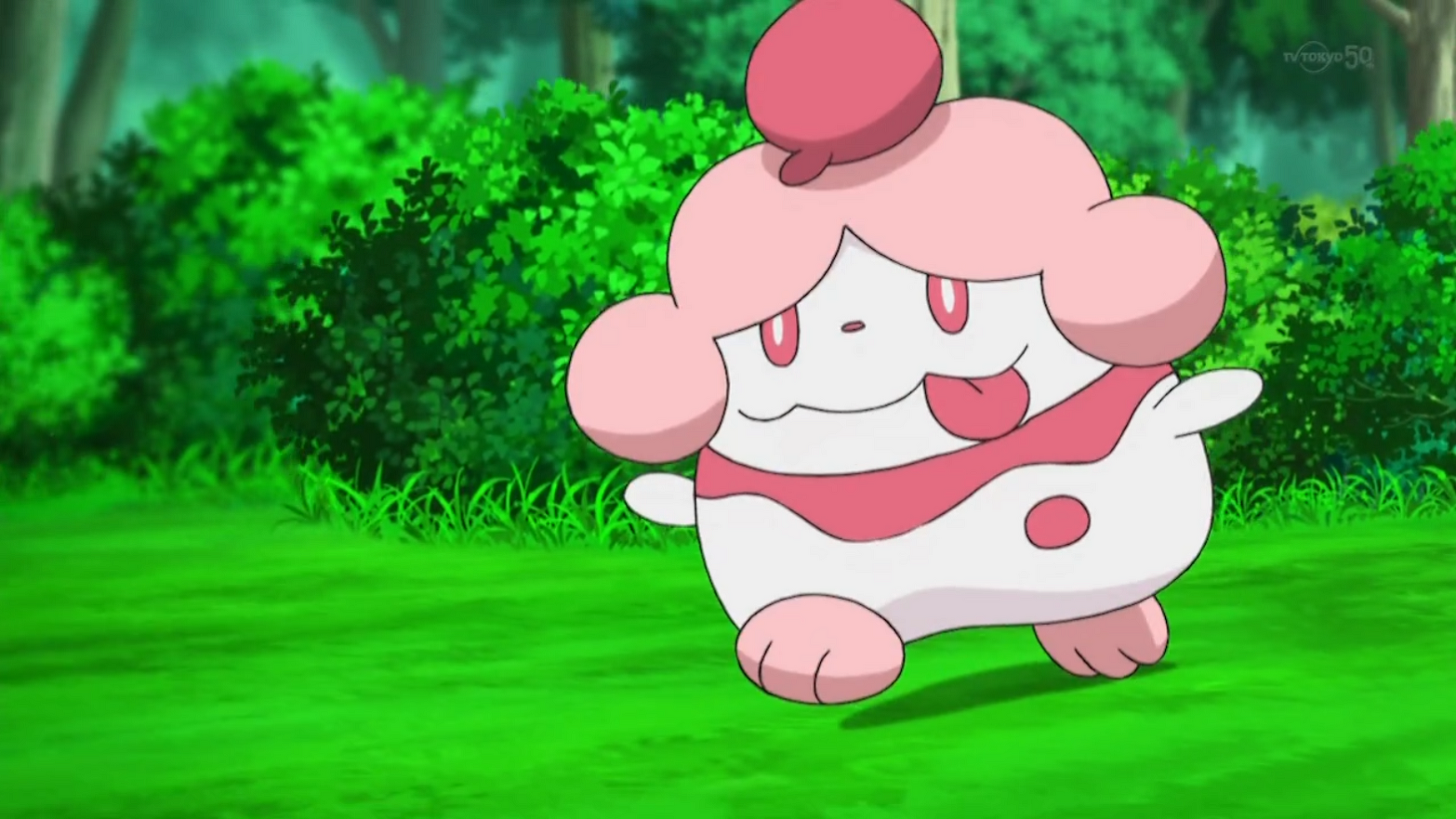 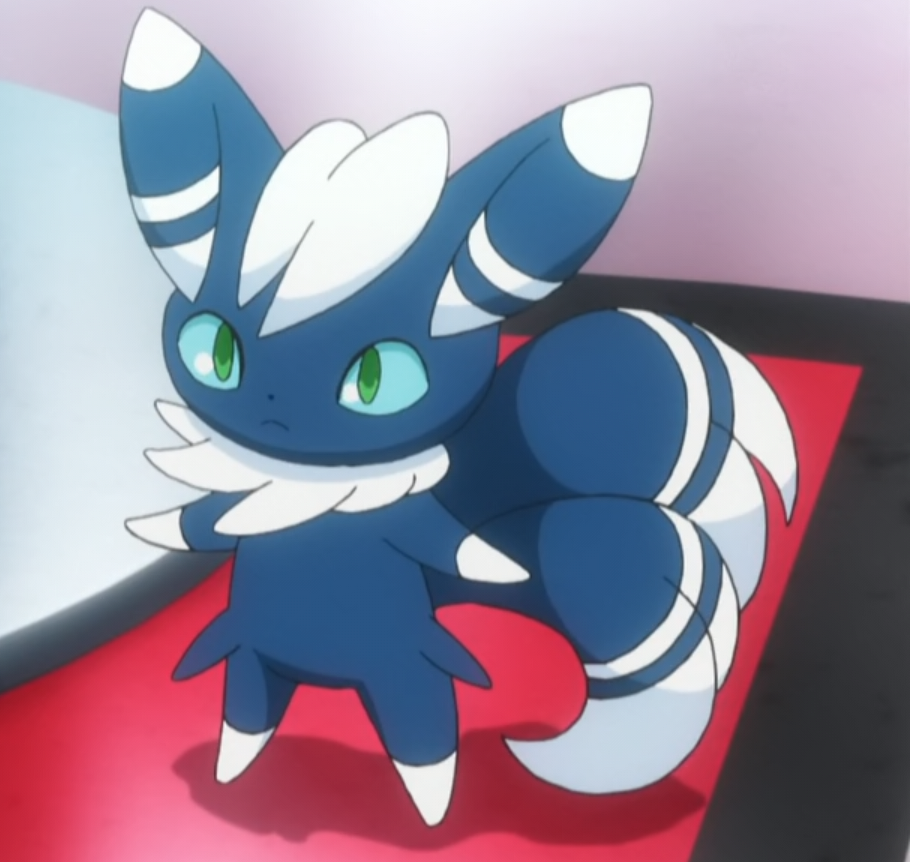 Congratulating Serena on her first win.

With Shauna and Nini watching the Master Class finals