Michelle in other languages

Michelle is a character appearing in Pokémon: Advanced Challenge.

Michelle, seeing her Bagon wanted to fly, equipped herself with some high-tech glasses to effectively train it to evolve into a Shelgon, then into a Salamence. The heroes were startled by Bagon, thinking it was attacking them. Ash sent Taillow to attack Bagon, making Michelle angry. After being told what happened, Michelle introduced herself and explained Bagon's desire to fly. Ash proposed to Michelle they could have a battle, which Michelle approved of. Despite Pikachu barely managing to dodge Bagon's attacks (and even got hit by its Skull Bash), Michelle was shocked Pikachu stood up, since Ash supported him. After the battle, Bagon got captured by Team Rocket, but they dropped the remote that was used to fly Meowth in mid-air, causing Meowth and Bagon to fly off. While tracking Bagon down, Michelle admitted she was impressed by Ash's tactics and was told he cheered for Pikachu and boosted his morale. Once Bagon was rescued, Michelle was glad to see it evolved into a Shelgon, a step closer to becoming a Salamence. 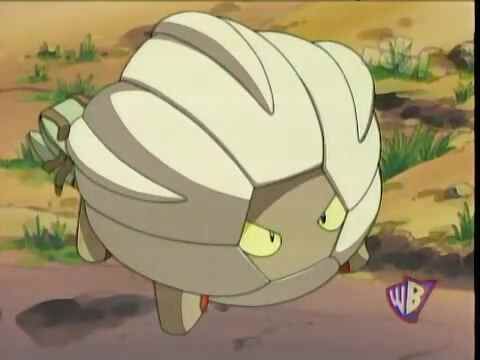