May
Misty
Jessie
Michele Knotz is an American voice actress who joined the Pokémon series in Season 9 when The Pokémon Company International (TPCi) took over. In the series, she currently voices Jessie (succeeding Rachael Lillis) after Season 8 as well as May and Misty. In Seasons 9 and 10 she was credited erroneously with two L's in her name but in Season 11 was properly credited with the correct spelling. 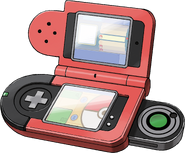 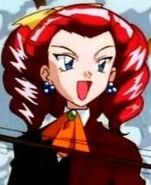 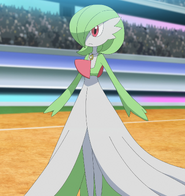 Jessica's Furfrou
Add a photo to this gallery
Retrieved from "https://pokemon.fandom.com/wiki/Michele_Knotz?oldid=1113766"
Community content is available under CC-BY-SA unless otherwise noted.