Meray is a character from the Pokémon movie, Hoopa and the Clash of Ages.

Baraz and Meray grew up in Arche Valley with their friends when they were younger. While Baraz was working to become with the nature, Meray pranked him by using Hoopa's rings to send the melon seeds, spitted by her, to him. When Baraz found out that Meray was the one pranking him, he yelled at Meray but she thought it was funny and Hoopa did so too.

Hoopa and the Clash of Ages

Several years later, Meray and Baraz were looking at Dahara City while Baraz wanted to take off to search for the Prison Bottle. He told Meray to take care of Hoopa untill he was back and left with his Braviary while Meray watched him. Meray later met Ash Ketchum when Hoopa summoned many Pikachu while she was getting a donut for Hoopa. Meray accidentily stepped on Pikachu's tail and Pikachu used Thunderbolt. After she was electrocuted, she told Hoopa to send them back where they came from. Hoopa went to get Ash's friends and when they were all together, Meray introduced herself to the heroes and also said that she was one of the caretakers of Hoopa.

After attempting to get to Dahara City through Hoopa's ring, she explained the heroes that Hoopa wasn't able to get through its own ring. Baraz then arrived and Meray was happy to see her brother. Baraz however released the negative energy from the Prison Bottle and Hoopa transformed into Hoopa Unbound. Baraz came to his senses and Meray asked Baraz what happened. After Hoopa Unbound went on a rampage, Meray grabbed the Prison Bottle and sealed the negative energy away, transforming Hoopa to its normal form. 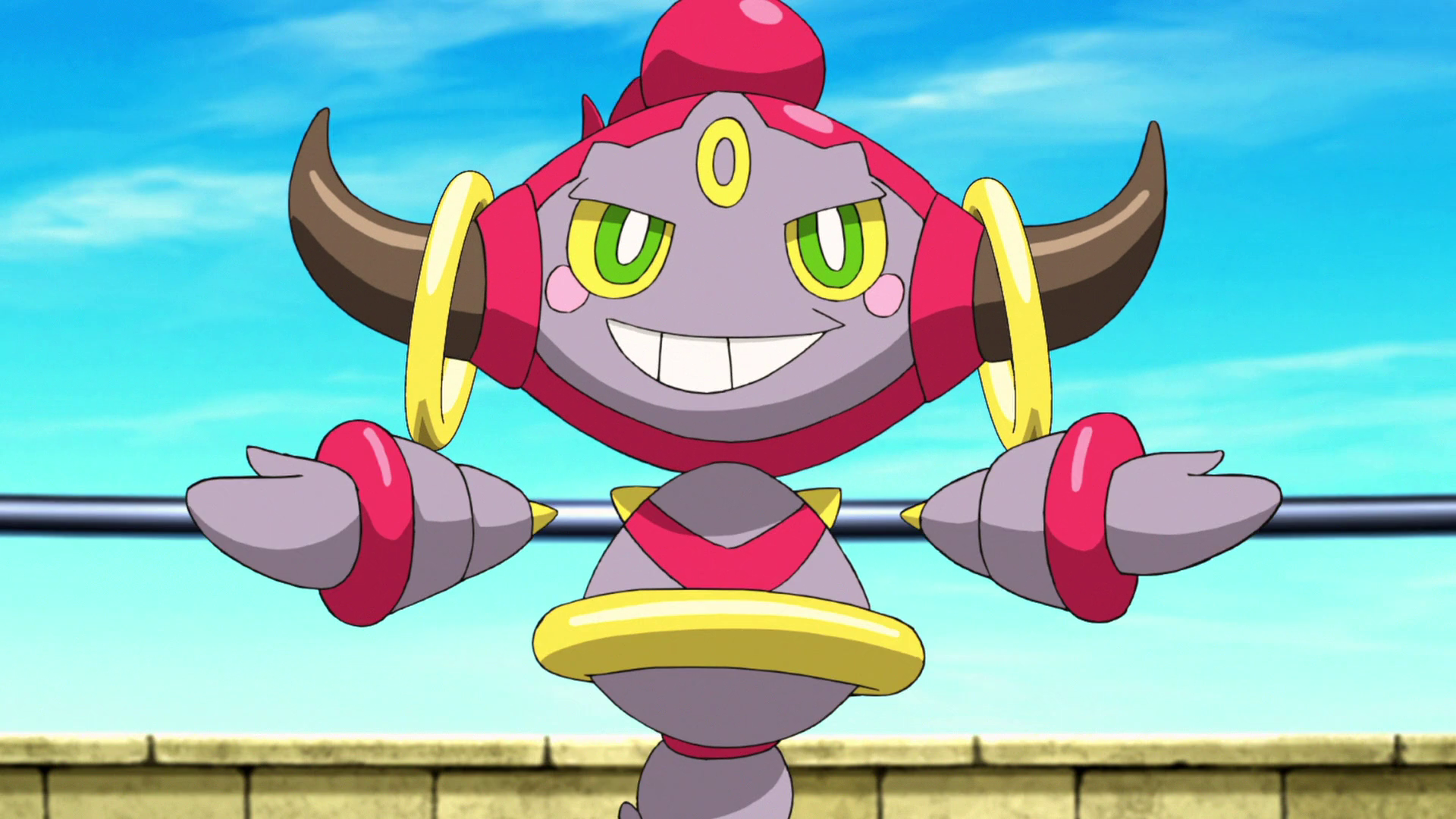 Meray and Baraz using their powers to repair the Prison Bottle
Add a photo to this gallery
Retrieved from "https://pokemon.fandom.com/wiki/Meray?oldid=1042727"
Community content is available under CC-BY-SA unless otherwise noted.