Unlike their pre-evolution Espurr, Meowstic can control their power more easily.

Both genders of Meowstic appear to have different temperament: while the majority of males are more calm, defensive and protective but will also altruistically protect their companions, most females are rather cold, callous and capricious to the degree of selfishly and aggressively punishing others with their psychic powers if anybody gets onto their nerves.

Meowstic have extremely potent psychic powers that can disintegrate anything as powerful as a tanker as a means of protecting themselves from potential threats.

Meowstic is based on a Scottish Fold cat due to its folded up ears. It may also be based on the nekomata of Japanese mythology, cats that gain supernatural abilities once they grow older and their tail split. Nekomata are also said to stand on two legs like a human and sometimes wear handkerchiefs on their heads, similarly to Meowstic's upright appearance and hair, respectively.

Meowstic comes from meow and mystic. 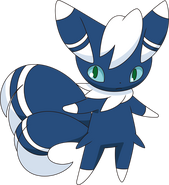 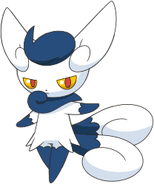 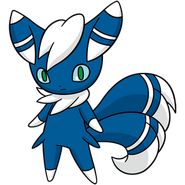 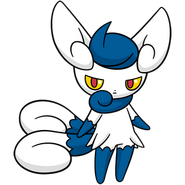 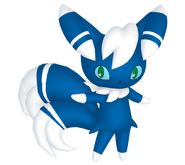 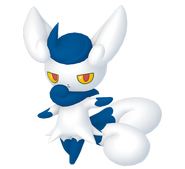 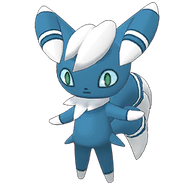 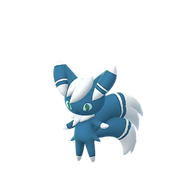 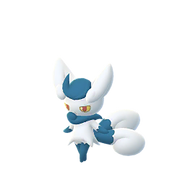 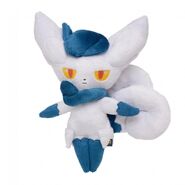 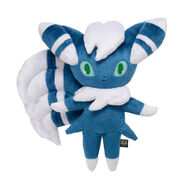