Marowak is a Pokémon that has a brown body with a sandy-colored underside. It has a single claw on its hands and feet. Its tail has a single protrusion near the end. The Pokémon's head seems to be an exoskeleton helmet and wields a long bone.

Alolan Marowak has a black body. The middle part of its skull has a pattern that resembles the appearance of an extruded high-cylinder cap. Its bone has two light green flames constantly burning on both ends.

Marowak can have one of two abilities, Rock Head or Lightningrod. Rock Head prevents Marowak from taking Recoil Damage from using moves like Double-Edge while Lightningrod causes all Electric-type attacks to target Marowak. From its birth, this savage Pokémon constantly holds bones. It is skilled at using them as weapons, throwing them with great skill like boomerangs to KO foes. Its attack power doubles when wielding a club.

Marowak are usually seen living in caves and grasslands, though some might be living in deserts.

Marowak evolves from Cubone at level 28.

Marowak seems to be based off of dinosaurs. It has some elements of cavemen as well, according to its behavior of using bones as weapons and wearing skulls as helmets.

Alolan Marowak might be inspired by Hawaiian fire dancers.

Marowak's name was probably based on "Marrow" (Which is the inside of a bone) and "Whack" (The action of smacking something into something else; his/her bone). 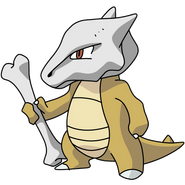 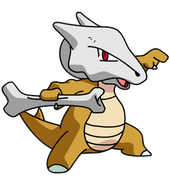 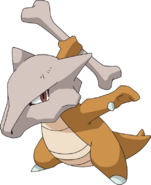 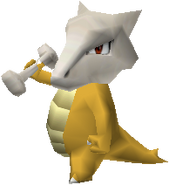 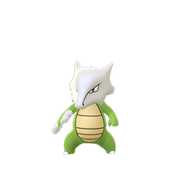 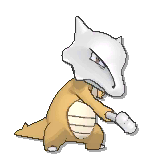 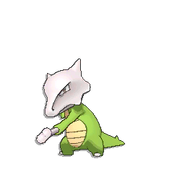 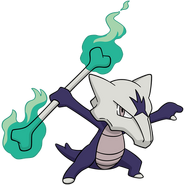 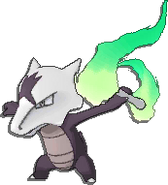 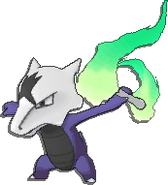 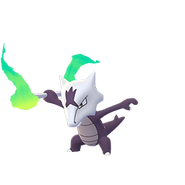 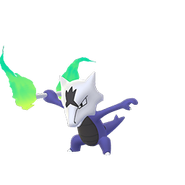