For the version appearing in the games, see "Marlon".

Marlon in other languages

Marlon is a character appearing in Pokémon the Series: Black & White, who is the Gym Leader of Humilau City in the Unova region.

Marlon is a tall man who has wild deep blue hair with a large strand arched over his head and two more stretching from both sides. He also has light blue eyes and deep blue eyebrows. He wears light blue swimming goggles and keeps them around his neck when not in use. Marlon's entire upper body is bare, revealing him to have light brown skin upper body whereas his feet are peachy. He wears a skin-tight, blue and light blue striped swimsuit that starts at his waist forming a V, all the way down to his feet, only covering a portion of his feet separating his heels to his toes. Near his calves, light blue fins stuck out, with two on each leg. Finally, he wears blue sandals.

Marlon is a friendly Gym Leader, who is a good tactician. He also speaks with a less formal accent.

The name Marlon comes from "marine" (of or relating to the ocean), "marlin" (a type of oceanic fish), and possibly "merman" (a mythical creature that is a human with a fish tail instead of legs.

His Japanese name, Shizui, comes from 滴 (shizuku, droplet), 水 (sui, water) and, following the plant-based naming of most characters, could come from shizui (the Japanese name for bulrush, a type of grass that grows in water-filled areas).

When Ash and Cameron were trying to find the Gym, Marlon approached them with his Wailord and took them to his Gym, where they found Iris and Cilan. Cameron, for his final Gym Badge, challenged Marlon, sending his Ferrothorn against Marlon's Jellicent, even if Ferrothorn barely stood on the pod in the pool. Jellicent used Shadow Ball, but Ferrothorn dodged and defeated Jellicent with Thunderbolt. Marlon sent Mantine, who was not attacked by Ferrothorn's Thunderbolt, since Jellicent's Cursed Body caused Ferrothorn to be unable to use that move. Thus, Mantine managed to defeat Ferrothorn with Wing Attack and Psybeam. Cameron thought of the situation and sent his Samurott, who dodged Jellicent's moves and managed to raise it in the air by hitting it with Aqua Jet. Samurott blocked its moves by using Razor Shell and defeated Mantine with Razor Shell. Marlon was impressed, for Cameron handled the battle very well and gave him the Wave Badge.[1] 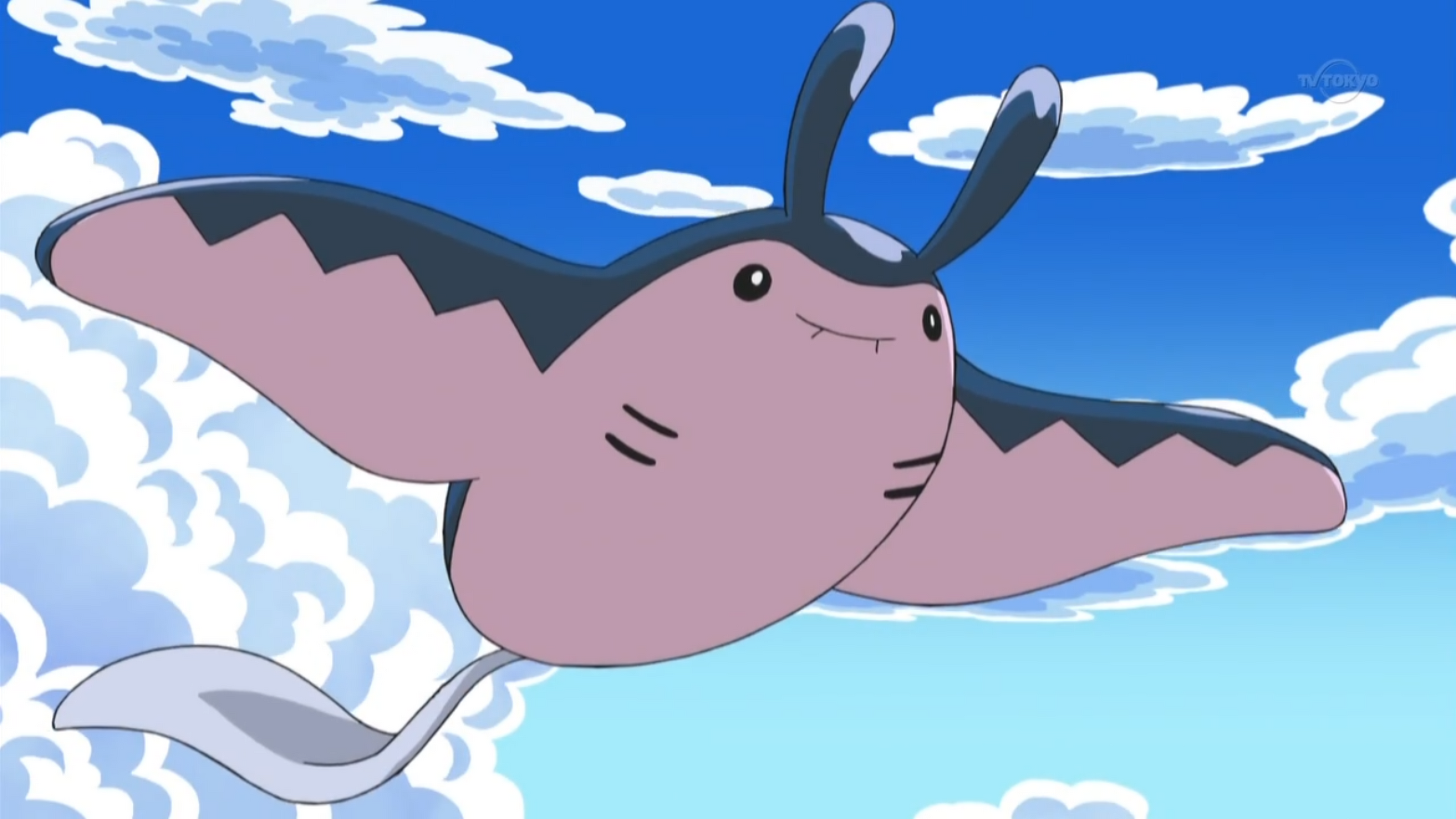 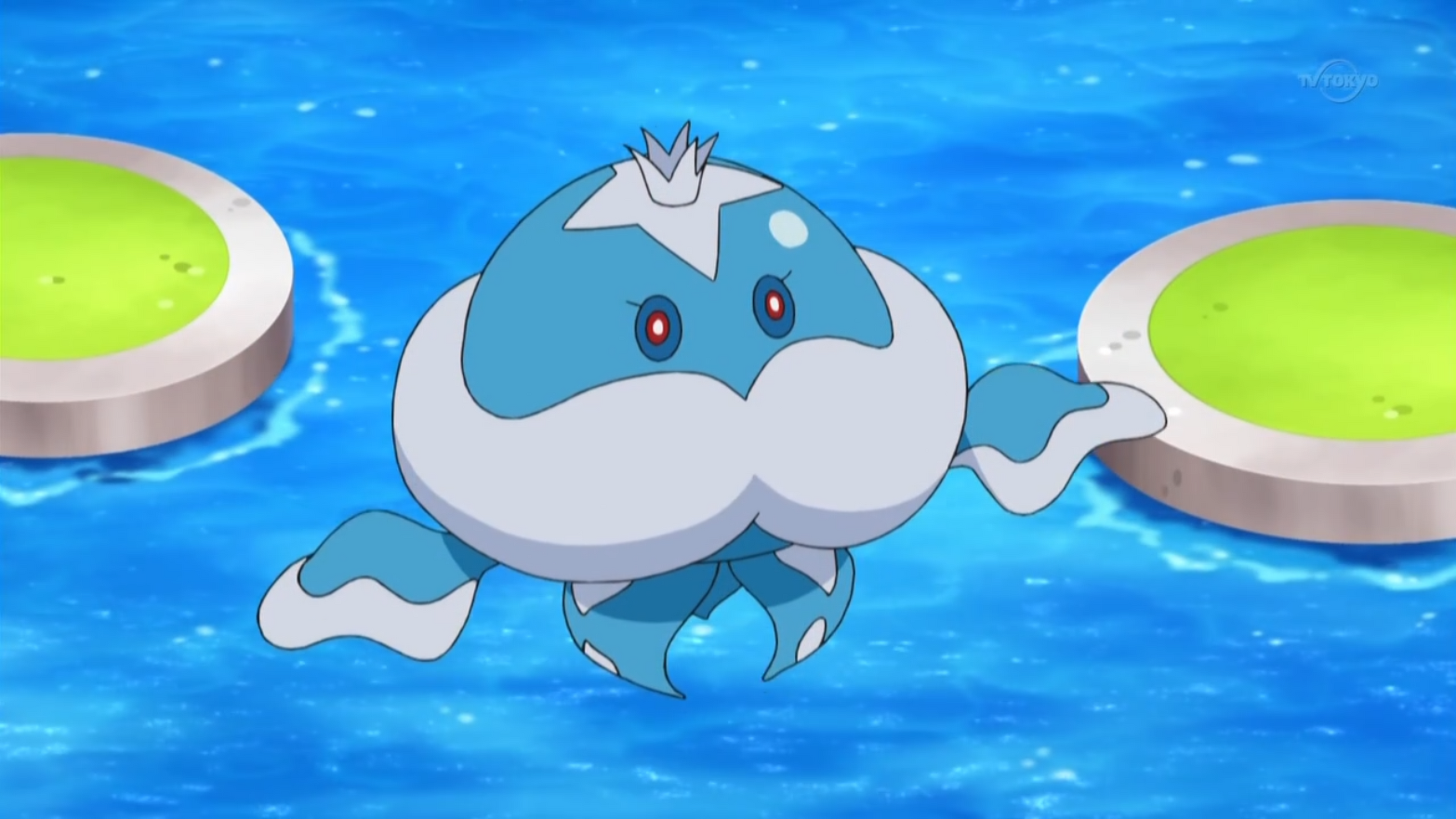 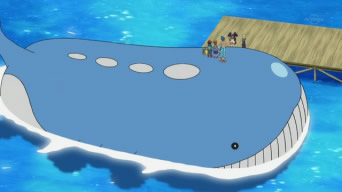