Mareep appears to be a blue sheep with wool surrounding most of its body. It also possesses black and yellow stripes on its tail and its ears. Mareep also possesses an orange orb at the end of its tail.

Mareep has the ability Static and the hidden ability Plus. Static gives the opponent a 30% chance of paralysis when they hit Mareep with a Physical attack. Plus powers up Mareep's Special Attack by 50% when a Pokémon with the ability Minus is in the battle.

Mareep evolves into Flaaffy at level 15.

Multiple Mareep appear in Mild 'n Wooly and one is owned by a young trainer called Mary. A Mareep owned by Cadee and Dr. Anna appears in Hassle in the Castle and A Chip Off the Old Brock respectively. Two separate Mareep also appear in Pruning a Passel of Pals! and Sticking With Who You Know.

Mareep appears to based off a sheep. It could also be a reference to the name of the book Do Androids Dream of Electric Sheep? by Philip K. Dick, the basis to Blade Runner.

Mareep could be a combination of Mary (the titular character in the childrens' song Mary had a little Lamb), and Sheep. Additionally, Mareep is also an anagram for ampere, a unit of electricity. Wattouat, its French name is from watt and ouate, the word for a ball of wool, both of which are homophones. Its German name, Voltlamm, is a combination of volt and lamm (German for lamb). Both of its Chinese names, Mēleihyèuhng and Miēlìyáng, are derived from the Chinese woords for Mary, Sheep Bleating, and Sheep. yèuhng and yáng might bear a resemblence to yingyang. 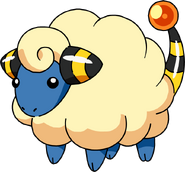 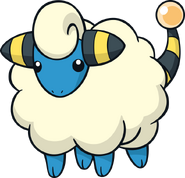 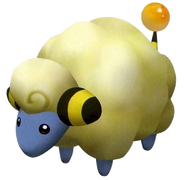 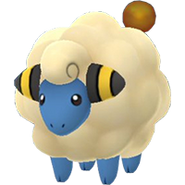 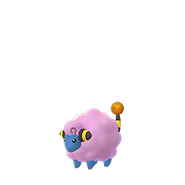