Madame Muchmoney in other languages

Madame Muchmoney is a rich lady who lives in the Johto Region.

Madame is a rich lady, who would spend a lot of money on her Snubbull, her pet. Snubbull did not want such life and ran away from her. Madame thought she was doing the best she could, even wanted to marry Snubbull to Winthrop, a fellow Snubbull. When Snubbull gnawed on Meowth's tail, Team Rocket hid in a shack. Once they got out, they were detected, so Snubbull fought them. Brock revealed to Madame Snubbull did not want luxury life and wanted out to play. Once resolved, the Madame planned to build a park, but Snubbull left in search for Meowth's tail.

Madame and her butler, Jeeves, searched for Snubbull, since she ran away from them. She even had her mansion re-designed for Snubbull to play. Once Snubbull was found, she was taken to Pokémon Center to be healed. Snubbull disappeared, but was found evolved as a Granbull. Granbull saw her mistress wants to protect her (since a missile launched by Team Rocket hit both of them). Once Team Rocket blasted off, Granbull decided to stay with Madame, since she proved herself as a capable trainer. 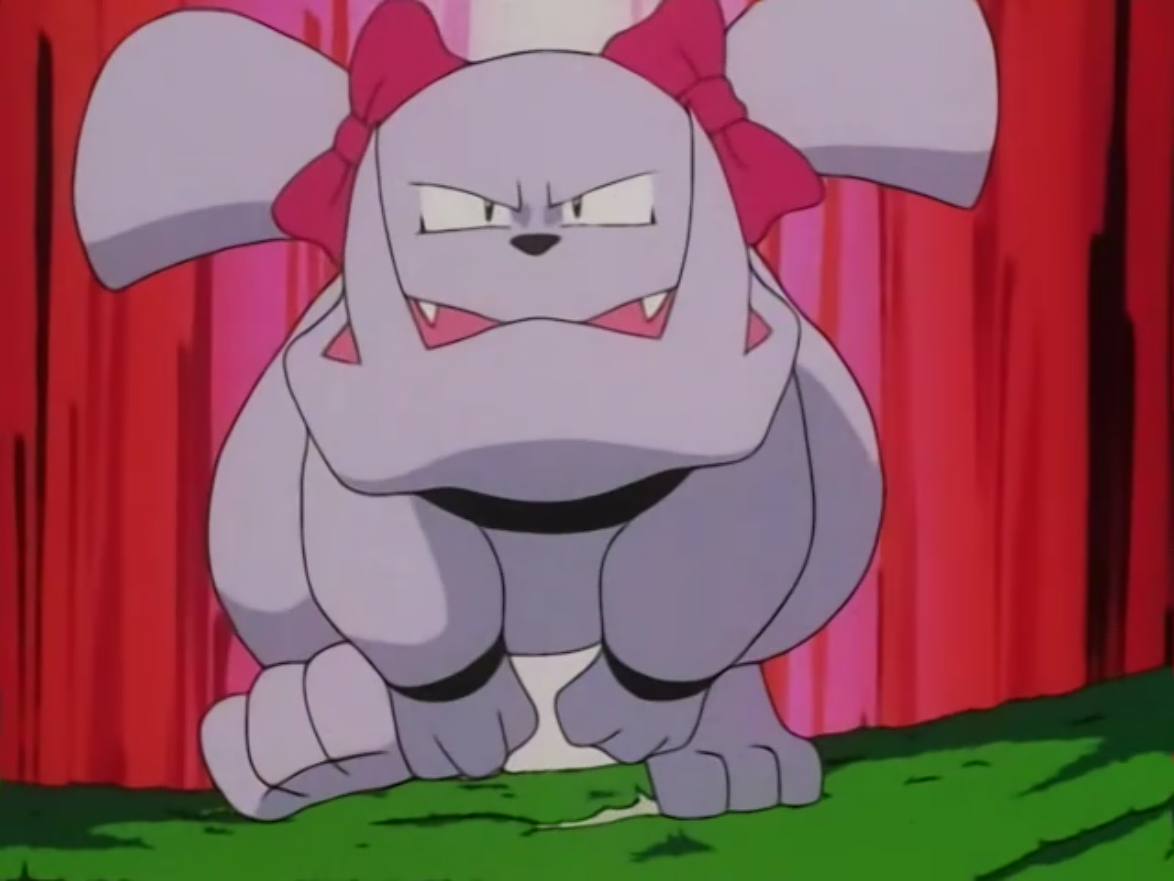