Mad Magmar is a character appearing in the Sun & Moon series.

Mad Magmar used his Magmortar to interrupt the battle between Electivire and Incineroar, which caused the former to lose the battle due to interference by him. He participated in a tag team battle alongside Mr. Elec against Masked Royal and Royal Ash, and were defeated by the latter duo. 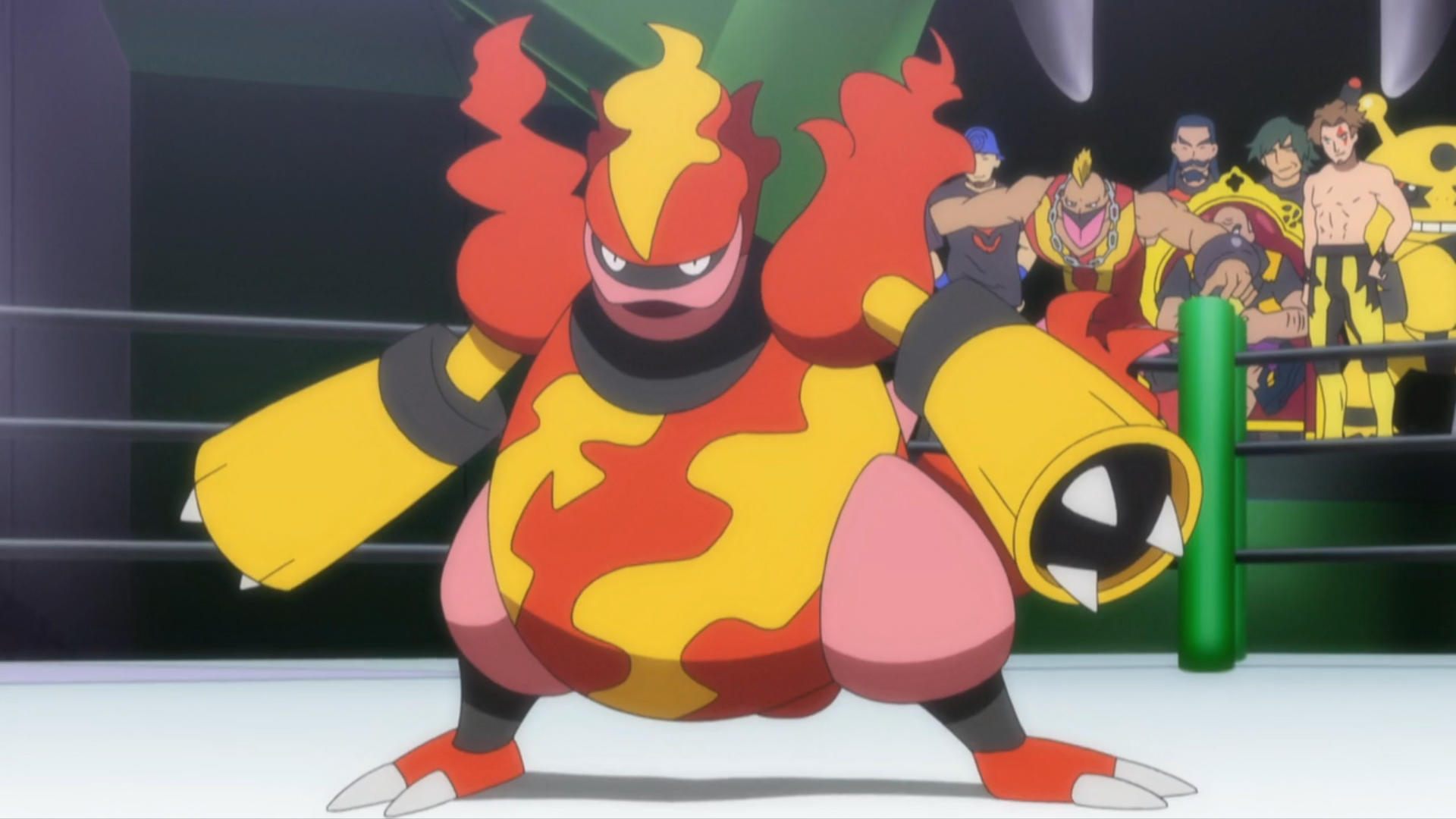 Retrieved from "https://pokemon.fandom.com/wiki/Mad_Magmar?oldid=1344621"
Community content is available under CC-BY-SA unless otherwise noted.