Macy is a character appearing in Pokémon the Series: Gold and Silver.

Macy was paired with Ash and Vincent during the first round of the Johto League. She went to personally face Ash, who did not recognize her at first. Regardless, the two were enthusiastic enough to start the battle right away, but Team Rocket snatched their Pikachu and Vulpix. Macy and Ash went after them, but Macy tripped and rolled over a slope, but Ash caught her, saving her life. As Ash sent Bayleef to defeat Team Rocket and recover their Pokémon, Macy grew a crush on him. She tried to impress him, but as Brock and Misty arrived, the latter tried to stop her attempts. Macy claimed that Misty's Water Pokémon were bad, and believed her to be Ash's girlfriend, to which she denied, claiming she was his coach.

Macy ran off, and later faced Ash in battle in the stadium. Her Slugma managed to strike Ash's Totodile with Flamethrower, and avoid its Water Gun by using Double Team. She then swapped Slugma with an Electabuzz, to which Ash swapped Totodile with Phanpy, knowing well she would use a Pokémon with type advantage. As Electabuzz's Thunderbolt did not have any effect on Phanpy, Macy called it back and sent Slugma. Slugma failed to attack Phanpy, whose Earthquake and Take Down attacks defeated it. Macy sent her Quilava, who managed to strike Phanpy with Flame Wheel, to which Ash sent Totodile. However, the latter was quickly defeated by Thunder Punch, to which Ash sent Squirtle out.

Squirtle fired Water Gun, and used Iron Tail to dodge from Thunder Punch and hit Electabuzz. With a Skull Bash, Squirtle defeated Electabuzz, forcing Macy to send Quilava out. As the two sides used Bubble Beam and Swift, the collision distracted Quilava, who got hit by Squirtle's Water Gun. Quilava managed to use Quick Attack, causing Squirtle to land on its shell, thus preventing its movement. As Quilava went to use Flame Wheel to defeat Squirtle, the latter spinned around with Hydro Pump, defeating Quilava. Macy thanked Ash for the battle, congratulating him for the win. Later, she bumped into the heroes, showing her Slugma evolved into a Magcargo. She claimed it would remind her of Ash, then ran off to prepare herself for her next battle.[1]

She faced Jackson in the round. Her Quilava used Flamethrower on Poliwhirl. As Jackson was distracted, Poliwhirl was unable to dodge and got defeated by this attack, earning Macy the victory. After Ash defeated Jackson, Macy came to congratulate him and cheer him on, as he advanced to the next round.[2] She watched Ash and Gary's match.[3][4] She also watched Ash battle Harrison in the quarter-finals.[5][6] 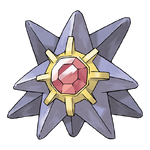