Mackenzie is a character appearing in Pokémon: Johto League Champions.

Mackenzie is an actor of a show, but his stage fright caused him and his Natu to forget and act incorrectly. However, he was given a mask, so he did not have a fright, but his Natu did not use Future Sight properly. However, Team Rocket stole Natu and some other Pokémon. Mackenzie retrieved Naughty back and battled Team Rocket. Its level increased and Natu managed to use Future Sight properly, while Mackenzie dropped the mask, since he had no more fear. 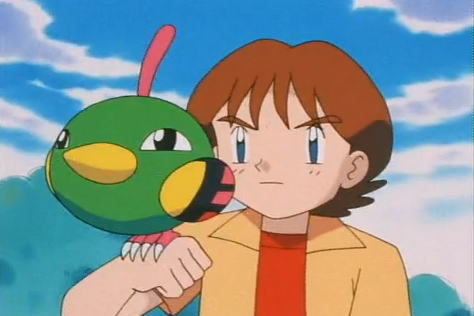 Retrieved from "https://pokemon.fandom.com/wiki/Mackenzie?oldid=1348245"
Community content is available under CC-BY-SA unless otherwise noted.