For the variant appearing in the games, see "Mable".

Mable in other languages

Mable is a character appearing in Pokémon the Series: XY and XYZ, who is scientist for Team Flare.

Mable has teal-blue hair in oval shaped pig tails on the sides of her head, with technologically blue advanced glasses covering her eyes. She sports a red and white long sleeved shirt with red shoulder pads and a tie that is about the same shade blue as her hair. She also wears a red and black skirt with a belt that has the Team Flare symbol adorning it. Short red tights can be seen underneath. She also wears red and black tall high heeled boots.

Like other Team Flare scientists, Mable is very confident in her abilities and humiliates the other scientists when they fail to achieve their task.

Mable is a member of Team Flare, who was sent to attack Z-2 at Terminus Cave. However, Zygarde launched an attack and Mable, along with the grunts, lost the battle. Mable contacted the base, where Aliana and Celosia humiliated her.[2]

When Z-1 was detected inside Terminus Cave, Aliana and Mable reported this to Xerosic, claiming Z-1 is foolish enough to come to the cave.[3]

Mable and Aliana managed to find Z-2 and attempted to capture it, sending Druddigon and Weavile to chase after it. However, once Z-2 transformed itself into the hound form, it attacked Aliana and Mable, blowing them away. Since Mable managed to fire the beam onto Z-2, Aliana and Mable gave pursuit after Z-2, knowing it cannot hide for too long. They found Team Rocket (who got frozen by Mable's Weavile's Ice Beam) and deduced these are the people Bryony and Celosia spoke of. Mable fired a beam to capture Z-2, but Team Rocket jumped and took the hit, making Mable think they were quite stupid. James had Inkay use Psybeam to knock off their weapons, while Jessie sent Gourgeist to use Seed Bomb. The latter collided with Druddigon and Weavile, allowing Team Rocket to escape. Mable reported the failure back to the base, making Xerosic furious. As persistent as they are, Aliana and Mable managed to find Team Rocket in a canyon, where Weavile gave chase to the trio. Weavile used Icy Wind, blowing away Team Rocket and allowing the Team Flare grunts to corner Z-2. Just then, Z-2 absorbed even more Cells and transformed into a serpent form and launched Dragon Pulse, blowing away Team Flare and Team Rocket. Per Lysandre's orders, Alain arrived and managed to combat Z-2 with his Mega Charizard. Just as Z-2 was about to launch Land's Wrath, Mable and Aliana managed to drain Z-2's energy, causing it to fall down and shift into its original form. Mable opened her cage, trapping Z-2 in it. With Z-2 captured, Aliana and Mable thanked Alain. They were curious about Alain why did he help them, so Alain revealed the director, Lysandre, gave direct orders in helping capture Z-2.[4]

When Diantha showed an image of Zygarde, Team Rocket recalled their meeting with Team Flare and Alain when they captured Z-2.[5]

Celosia returned to Lysandre Labs, where she found Mable. Mable asked about the status in Lumiose City and was told the plants were sprouting out and causing chaos. Seeing the press helicopter flying to them, Mable went to deal with that problem.[1] Mable had Weavile attack the helicopter with Ice Shard. Serena's Braixen launched Flamethrower in retaliation. However, Mable had Weavile continue attacking, but was hit by Steven's Mega Metagross. Steven claimed Lysandre had fooled many people, but not him, though Mable stated Lysandre merely wished to change the world. She tried to force Steven to surrender and even had some grunts attack him as well, though Steven's Mega Metagross attacked them.[6]

Mable and Celosia battled Team Rocket, but ended up being trapped in the net set up by James.[7] 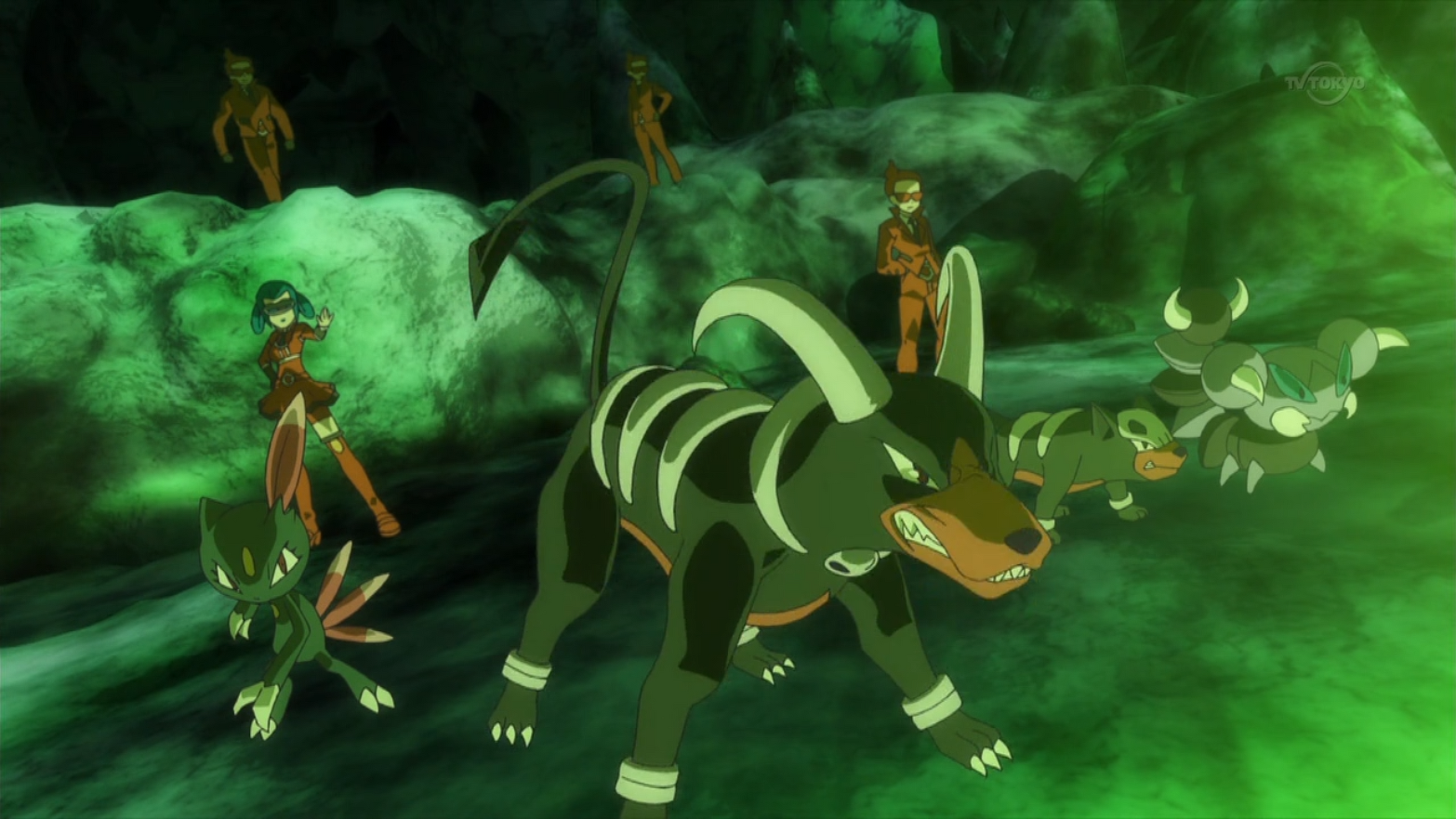 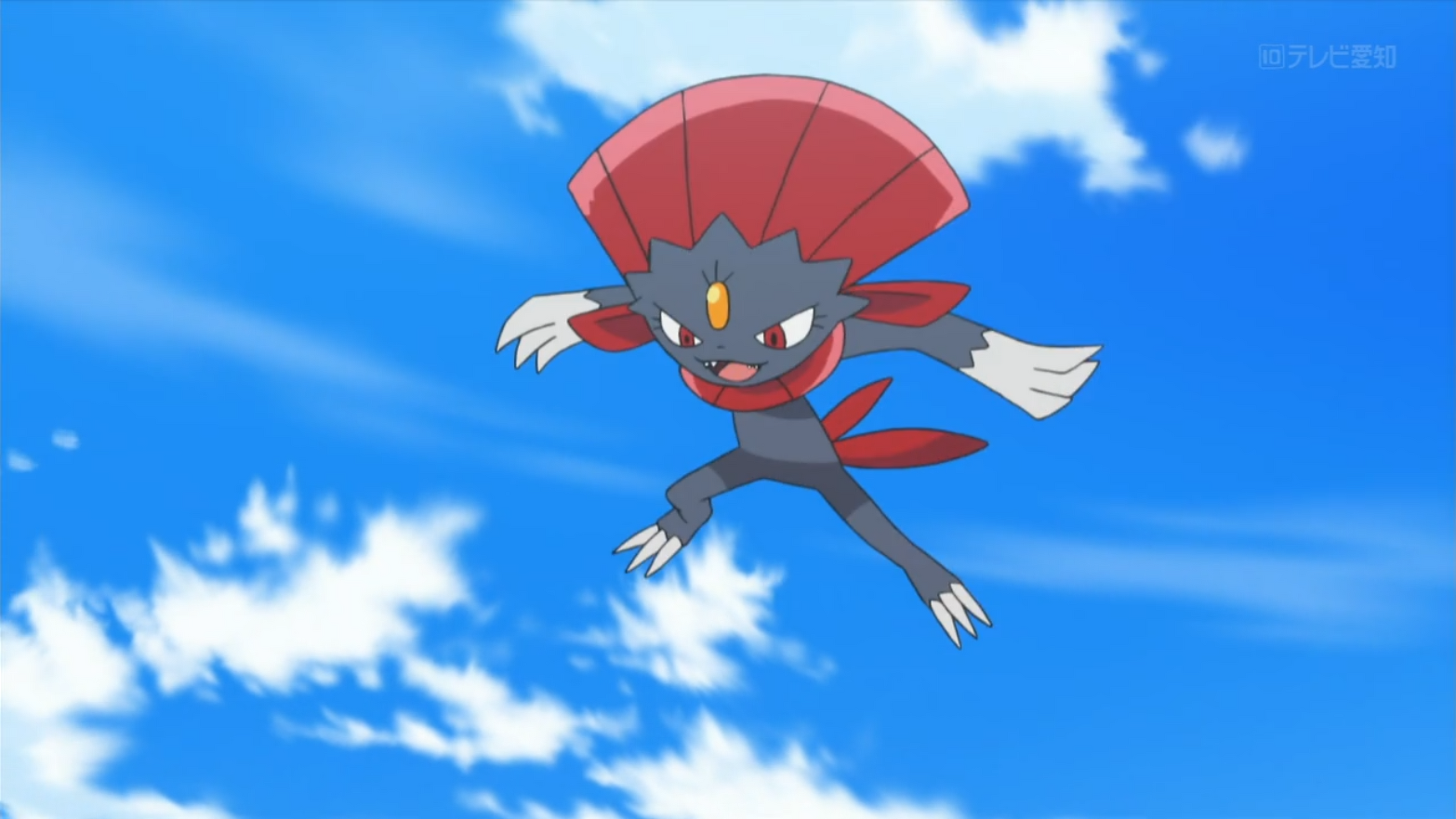