Pokémon The Movie - Diancie and the Cocoon of Destruction

Pokémon The Movie - Diancie and the Cocoon of Destruction

Diancie and the Cocoon of Destruction (破壊の繭とディアンシー, Hakai no mayu to Diancie) is the first Pokémon XY series and seventeenth Pokémon movie. It was released in Japanese theaters on July 19, 2014. It premiered in the United States on Cartoon Network on November 8, 2014.

It involves a Great Destruction that once wreaked havoc in the Kalos region, making life become extinction, a barren wasteland. The Destruction Pokémon, Yveltal is said to have been the cause of this horrific event. Once Yveltal destroyed all life in the region, it turned into a Cocoon of Destruction, in which he still lies in a dormant sleep.[1] Opposing Yveltal was Xerneas, the Life Pokémon. Only to had the power needed to restore balance against Yveltal's destructive nature and restored life to both humans and Pokémon of Kalos. Diamond Domain was the state owned by Diancie. The life of state depended upon the Heart Diamond created by Diancie itself. Many unevolved Carbink lived at the Diamond Domain.

However, Diancie soon became powerless as the time passed and thus the Heart Diamond. The energy of Diamond continued to low. Diancie now moved to search the source for the energy to energize the Heart Diamond and met Ash and the co. They decided to help her by making their way to Xerneas, the giver of life and the energy.

During their Route, they got attacked by two thieves and Team Rocket who wanted to capture Diancie. They got rescued by a young girl and her dad. Continuing their journey, they battled the Pokémon of destruction, Yveltal. Millis Steel and her Chesnaught 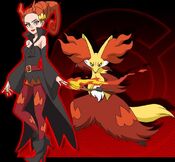 Merilyn and her Delphox

Riot and his Greninja 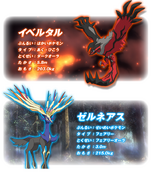 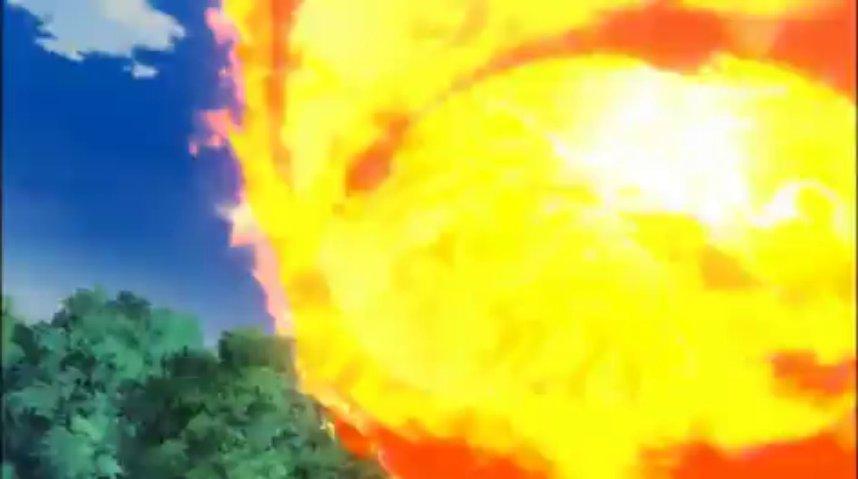