Movie Time! Zorua in "The Legend of the Pokémon Knight"!

Luke in other languages

Luke is a character appearing in the Pokémon the Series: Black & White.

Luke was into movies, so he decided to make some on his own. He encountered a Zorua in the theatre one day, who promised to accompany him to make movies.

Luke was making a new movie with his Zorua, who could shapeshift into many forms, permitting it to take on many roles. However, Zorua wanted to be a princess, despite being asked by Luke to shapeshift into a pirate and a knight for his film. Zorua became upset and ran off, so Luke followed it.[1]

Luke was having trouble with his Zorua, who bumped into the heroes and transformed as Ash's Pikachu and Iris' Axew to cause mischief. Luke wanted to call it back into its Poké Ball but failed, and explained the situation to the heroes. Inside, being told by Mr. Matthews, they found Zorua as the princess of the film, who still wanted to retain this form. Luke knew that he couldn't make a movie with only one character, so the heroes decided to help him. With the problem settled, Luke had his Leavanny create costumes while he worked on the script, with the heroes working on the set as well. Luke told the group the plot of the movie, and as he started to record the movie, he offered them advice on how to improve their acting.

He went to record the final scene, but Team Rocket arrived and snatched his Zorua. Luke continued to record this as the heroes battled Team Rocket and retrieved Zorua back. The audience later watched his film and were impressed. However, Mr. Matthews recommended Luke to improve his battle scenes, and believed he could enter the Nimbasa tournament to gain experience. The heroes were interested in the tournament as well, and accompanied Luke to that place.[1] Once the group arrived, Ash wanted to challenge the place's Gym Leader. However, Luke pointed out that this was Nimbasa Town, not Nimbasa City that he had been thinking of. He nevertheless wanted to take part in the local tournament, and went to make a documentary just as Bianca arrived. Bianca became very interested in his Zorua, who shapeshifted into her, but Luke explained he could not trade it. Luke took part in the tournament, and was paired with Scooter as his first opponent.[2]

Luke continued to record the battles, while his Zorua was causing mischief. He later used Golurk to battle a Trainer's Darmanitan, and won that round. He later saw on the screen that he'd face Cilan in the next round.[3] Luke continued to record the battles, until his match with Cilan was next. He let Ash document their battle, though he was nervous having to face a Gym Leader. Cilan calmed him down, making him think he was just making another movie, as the two sides sent Larvesta and Stunfisk. Larvesta bound Stunfisk using String Shot, which let Stunfisk use Thunderbolt to electrocute it through the strings. However, Larvesta used Flamethrower to remove the strings and hit Stunfisk instead. Stunfisk went to execute Scald, so Larvesta used String Shot on itself to protect itself, and defeated Stunfisk with Flamethrower. Cilan congratulated Luke on his victory, who later saw he'd have to face Iris in the next round.[4]

In the next round, Luke went to face Iris. He was annoyed, for Bianca, whom he let record the battle, was filming his Zorua instead. Luke sent Golett to battle Iris' Axew. Axew attempted to use Scratch, but the move didn't have an effect against Golett, and its Dragon Rage attack was countered by Double Team. Golett started to use Gyro Ball to hit Axew, who ran away from it. Cornered, Axew became mad and used Outrage, a move it just learned, to defeat Golett. After the battle, Luke was shocked that Bianca did not record the battle. Instead, he recorded Cilan and Burgundy's conversation, as the latter challenged Cilan to evaluate Iris and Ash's upcoming battle. The next day, Luke wanted to record the battle, but was not happy with the angle. Bianca pushed him into entering the stadium and record the battle from a corner. At the end of the tournament, Luke bid farewell to the group, anxious to make a new movie.[5]

Luke met with the heroes at the PokéStar Studios, where he was making another movie. He reminded the heroes about the Pokémon Knight movie they made had even been included in the film festival. Luke gave the heroes a tour around the facility, showing many landmarks. Luke wanted to make a new movie, to which the heroes pledged in their support. They were also visited by Mr. Gold, a movie director, who applauded Luke for his career. The group went into a room with costumes, where they had to dress up. Luke also showed them his script for the movie, until his opponent, Jules, had arrived, and mocked Luke.

Regardless, Luke recorded the movie and directed the heroes on how to improve their acting. With the movie compiled, the next day, the group watched the movies from other competitors. Jules made another attempt at discredit Luke, whose movie was also shown. The movie was about a number of astronauts - the Defense Corps - stopping aliens trying to take over an island, who used a Mecha Tyranitar. The attack also awakened the island guardian, Golurk, to protect the island princesses and defeat the aliens. The audience clapped for his movie, pleasing Luke, who got awards for his movie. The heroes were moved by this event, and wanted to follow their own dreams as they bid farewell to Luke.[6] 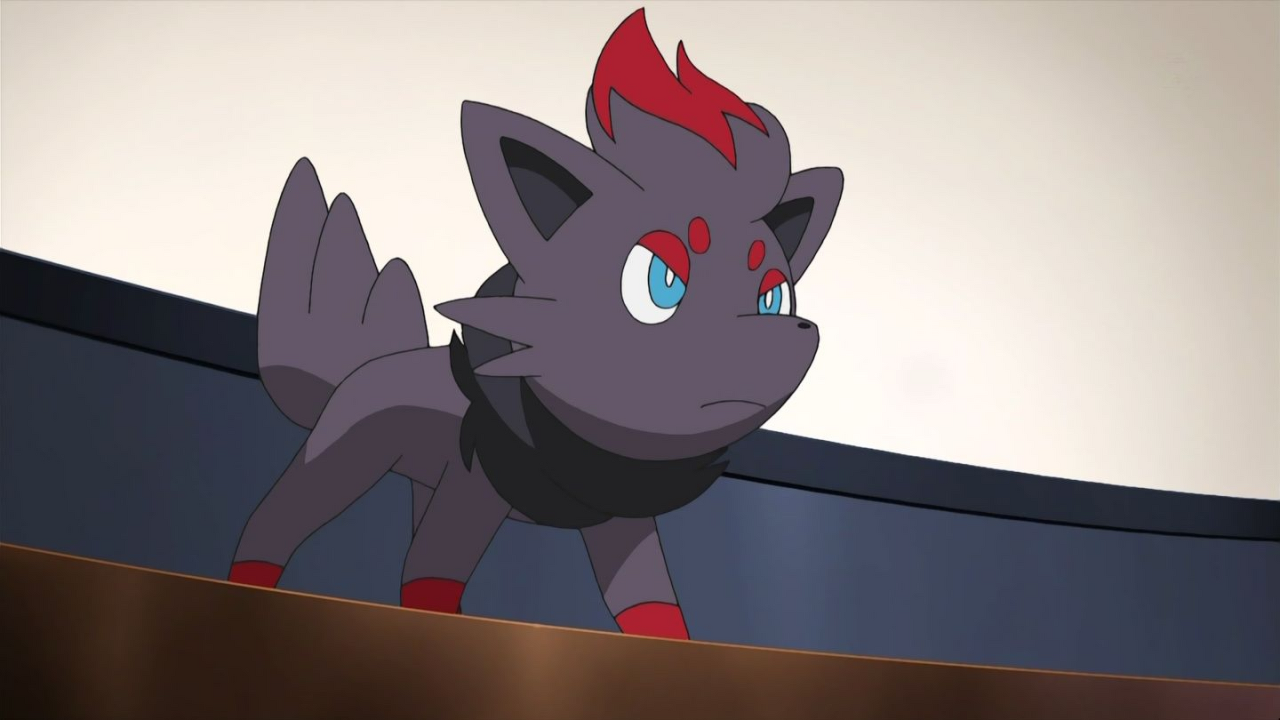 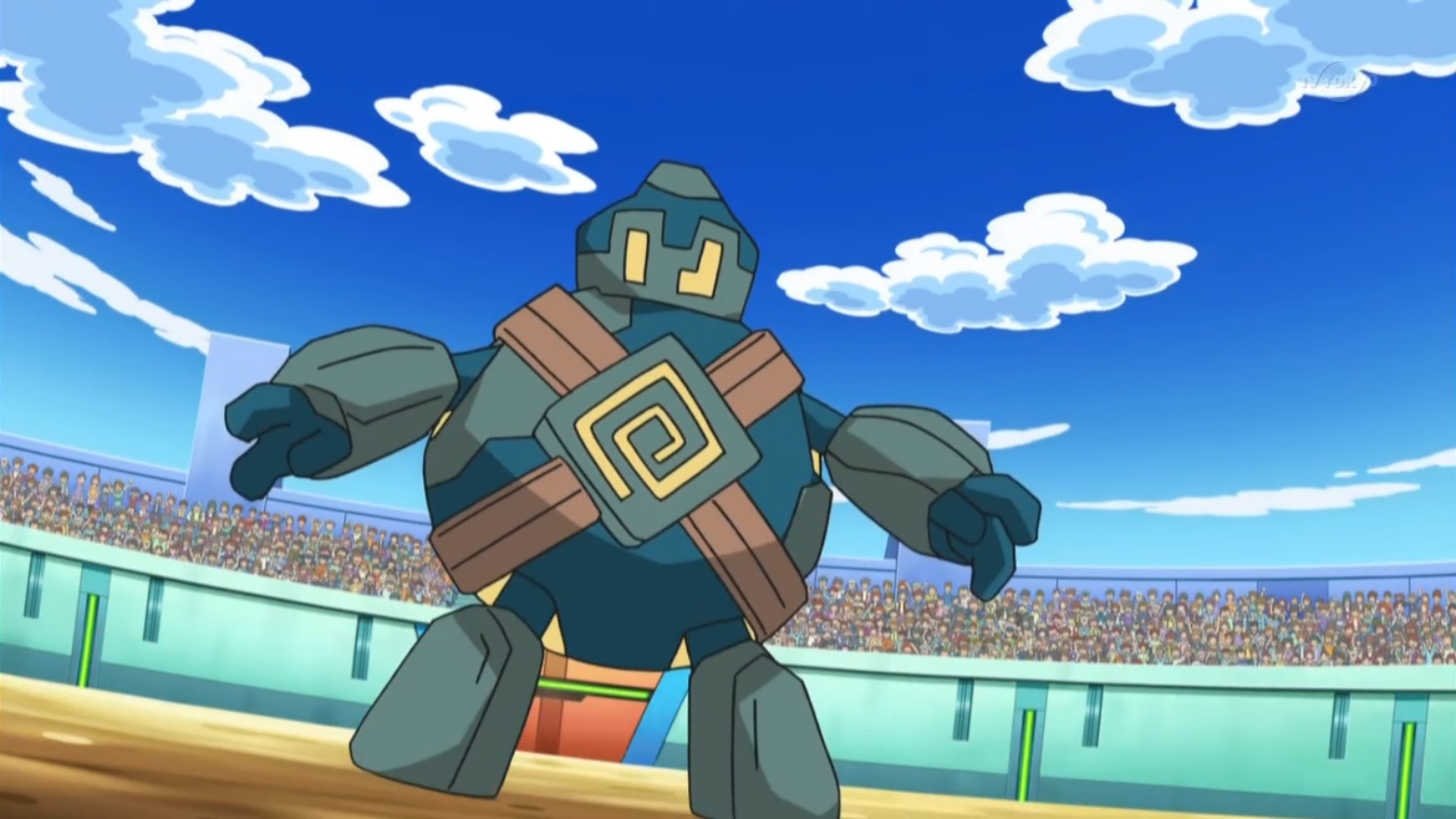 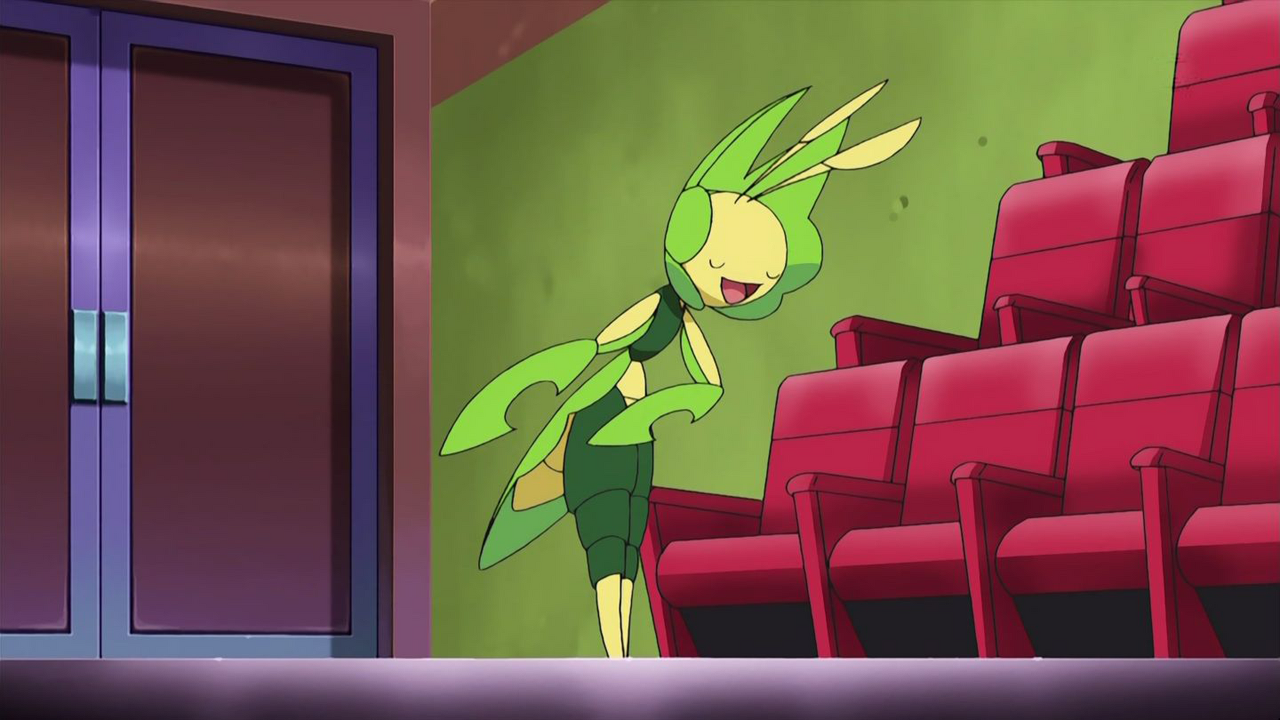 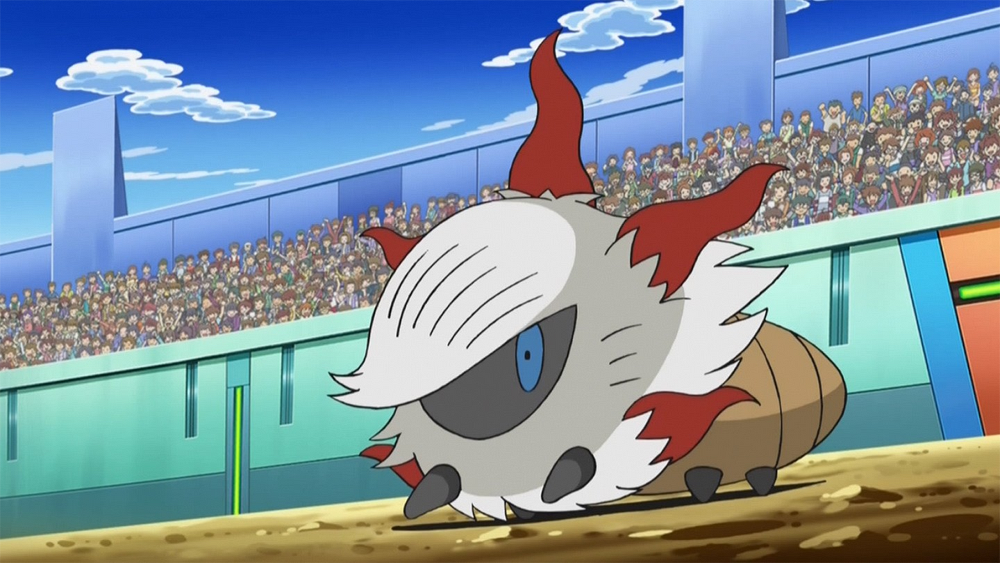 Luke and his camera

Luke giving a command to one of his Pokémon