For the variant appearing in the games, see "Lt. Surge".

Lt. Surge in other languages

Lt. Surge is a character appearing in Pokémon: Indigo League, who is the Gym Leader of Vermilion City in the Kanto region.

Lt. Surge is a large, tall man, who has yellow short spiked hair and a slight tan which is contrast to his game counterpart where his skin is white. Lt. Surge wears a large dark olive green openly military button shirt which is rolled up into small cuffs, with black pants and boots. He also wears black fingerless gloves, with some iron buttons on the edge, as well as a army token necklace around his neck.

Lt. Surge is an arrogant, rude, and vulgar gym leader who belittles others as "babies" if they do not meet his qualities, similar to his own Raichu. In battle, Lt. Surge unleashes offensive, brutal attacks on his opponent. However, after Ash defeated him, Lt. Surge recognized the challenger's strength.

The name Lt. Surge originates from "lieutenant" (shortened to form Lt.) and "surge" (referring to surging electricity). It may also be a play on "sarge", a shortened informal term for the title "sergeant".

His Japanese name, Machisu, may originate from "machine" or "march" (as he was military personnel). It may also involve "Clematis", a genus of flowers, following the plant-based naming of most Gym Leaders.

Lt. Surge was the Indigo League Gym Leader of Vermilion City, where Ash challenged him to a Gym Battle. When Ash first arrived and explained why he was there, Surge's assistants immediately assumed Ash's Pokémon to be the latest victims for Nurse Joy and the Pokémon Center's Emergency Room. When Surge revealed himself, Ash and his friends are shocked by his size and height. He then assumes Misty to be his latest opponent, before being shown that Ash is his next opponent.

When Surge notices that Ash has a Pikachu, he and his assistants laugh about it before Surge, upon being asked what's so funny by Ash, summons his Raichu, and explains how strength is what a Pokémon should be about, but Ash argues that the bond between a trainer and his Pokémon is more important. As a result, despite Surge and his Raichu's taunting, Ash and his Pikachu are ready to battle to earn Ash his Thunder Badge. Unfortunately, as Surge's assistants had guessed, the battle ended in disaster for Ash, as he was defeated by Surge's Raichu, and Pikachu was severely injured, sending him back to Nurse Joy for medical attention.

With Surge believing that power meant everything, he commented on how Ash should evolve his Pikachu as soon as possible or he would never manage to defeat him. Ash debated over the statement for quite a while, all the while waiting for Pikachu to recover. When Pikachu refuses to evolve when offered a Thunder Stone from Nurse Joy, Ash, deciding to accept Pikachu's decision not to evolve, once again challenged Lt. Surge, which led to more criticism. Ash, this time, matched Lt. Surge's Raichu with Pikachu's speed instead of power, which is all that Raichu relied on.

Pikachu, able to get the best of Raichu, led to Ash's victory, where Lt. Surge gave him a Thunder Badge as proof of his victory, and then congratulated him on it, as Ash had earned Surge and his assistants' respect for being able to prove to Surge that there was more to raising a Pokémon than just strength and power.[1]

Ash and Brock remembered Lt. Surge and his Raichu, after Ash's Pikachu was defeated by Sho and his Raichu. Ash later reveals that he kept the Thunderstone from Nurse Joy on him in case Pikachu ever changed his mind about wanting to evolve into a Raichu.[2]

According to Visquez, Lt. Surge was on a quest of training himself so he had let Visquez to be the acting Gym Leader. 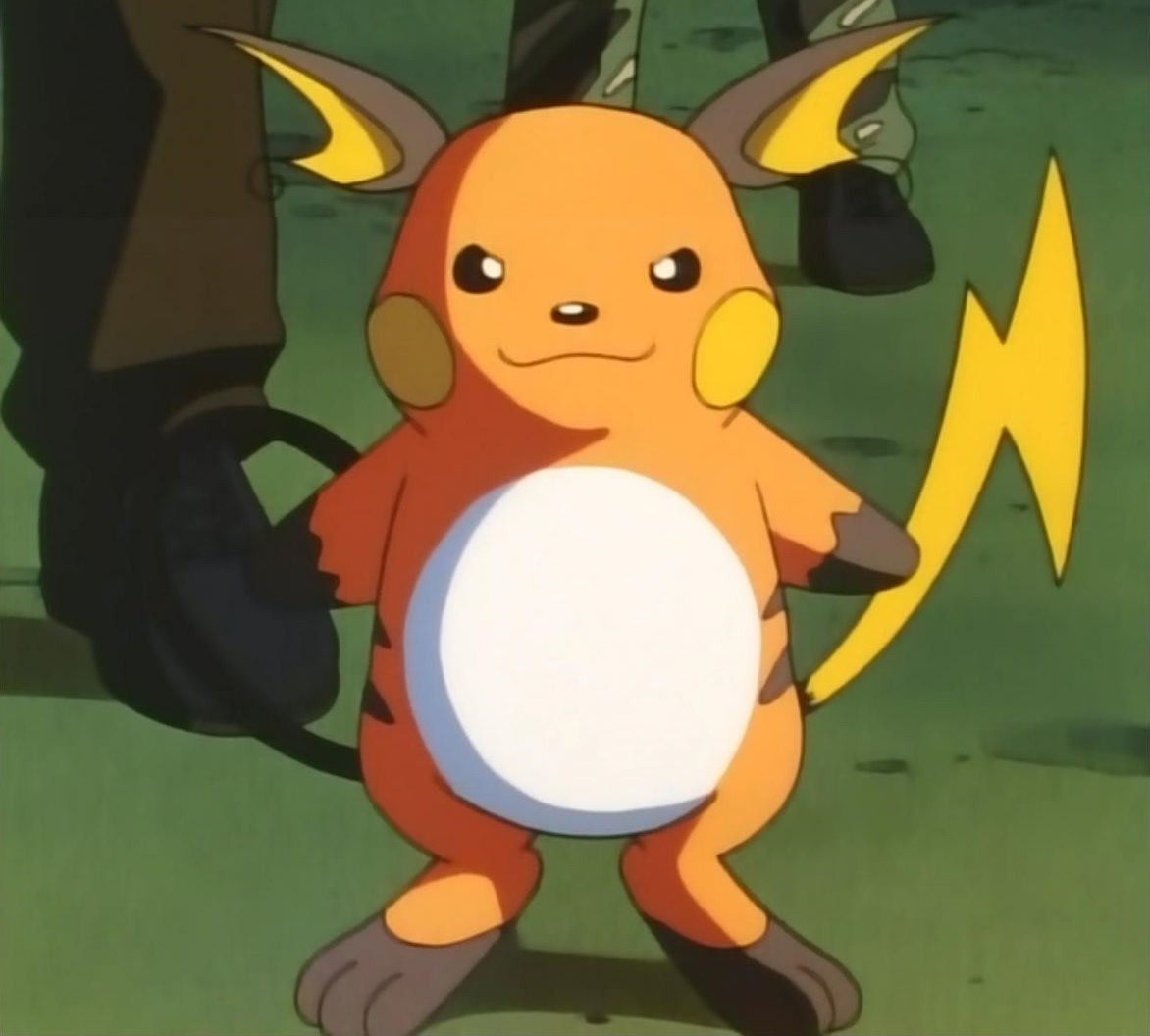