For the variant appearing in the games, see "Lenora".

A Night in the Nacrene City Museum!

Lenora in other languages

Lenora is a character appearing in the Pokémon the Series: Black & White, who is the Gym Leader of Nacrene City in the Unova region.

This section, or a part of it, has been transcluded from "Lenora"; any changes involving it should be made there instead. /

Lenora is a tall black woman with curly cyan hair and blue eyes. Lenora wears a striped headband, with a white shirt with a white ribbon on her neck, as well as orange flats, teal pants and a khaki apron with orange pockets. Lenora also wears a red lipstick on.

Lenora is a wise woman, who values knowledge. She tests her challengers first by having them pick a book, out of curiosity. During battle, Lenora's strategy is to confuse the opponent and force them to battle with a Pokémon they did not choose, with Mean Look and Roar tactics.

The name Lenora comes from "normal" and possibly "aloe", following her Japanese name.

Lenora came to the museum and scolded Hawes, demanding to know where he got the Yamask's mask. Hawes admitted he saw it on the ground and thought it was a part of the exhibit the delivery team had transferred. Yamask was still angry, so Lenora had it calm down by sending out her Watchog, who released light to help calm Yamask down. Lenora suspected Yamask fell asleep and lost its mask and soon found it on the display, in the museum. Hawes and Lenora apologized to Yamask, who left the museum with its mask back. After the crisis was over, Lenora accepted Ash as her next challenger.[1]

Lenora showed them a library, since she allowed a chance for the challenger to read some books and learn more of the strategies to utilize in the upcoming battle. Iris and Cilan thought this was a test for Ash, who chose a book. However, just as he reached for the book, the bookcase slid aside and revealed a staircase. Lenora approved of Ash's determination, and everyone descended down to the battlefield, where Lenora showed her Pokémon which she'd be using for the battle. Hawes explained that Lenora used her Pokémon as security around the museum. Lenora called Watchog back and chose Lillipup. While Ash sent Tepig, Lillipup used Roar, causing Ash to choose Oshawott to battle Lillipup. To his surprise, Lenora swapped Lillipup for Watchog, who trapped Oshawott with Mean Look. Oshawott deflected Watchog's Thunderbolt, but Watchog used Low Kick to disarm Oshawott off its scalchop and defeat him with Thunderbolt. Ash sent Tepig back, while Lenora swapped her Watchog with Lillipup, who withstood Tepig's Ember and defeated him with Take Down. Despite the loss, Ash thanked Lenora for the battle, who promised Ash can have a rematch at any time.[2]

The following day, Ash came back to the Gym. Lenora sensed Ash had been training hard, but also pointed out she also had been training, showing Herdier and Watchog. Like before, Herdier used Roar, causing Ash's Tepig to be called back and when Oshawott was sent out, Lenora swapped Herdier with Watchog. Oshawott managed to do some damage to Watchog and tried to execute Aqua Jet, but continuously missed. Lenora's Watchog managed to electrocute Oshawott, who managed to defeat Watchog with Aqua Jet before fainting. For a final showdown, Lenora sent Herdier against Ash's Tepig. Herdier managed to use Protect and defend itself against Tepig's attacks, but got tackled. To end the battle, Herdier used Giga Impact, but was defeated by Tepig's Flame Charge. Lenora agreed with Cilan Ash trained hard to win hard and gave him the Basic Badge as a proof of the victory at Nacrene City.[3]

Lenora was excavating relics and found a Plume Fossil, which she brought to Professor Juniper to examine.[4]

Ash remembered battling the Unova Gym Leaders, including Lenora, the night before he entered the Unova League.[5] 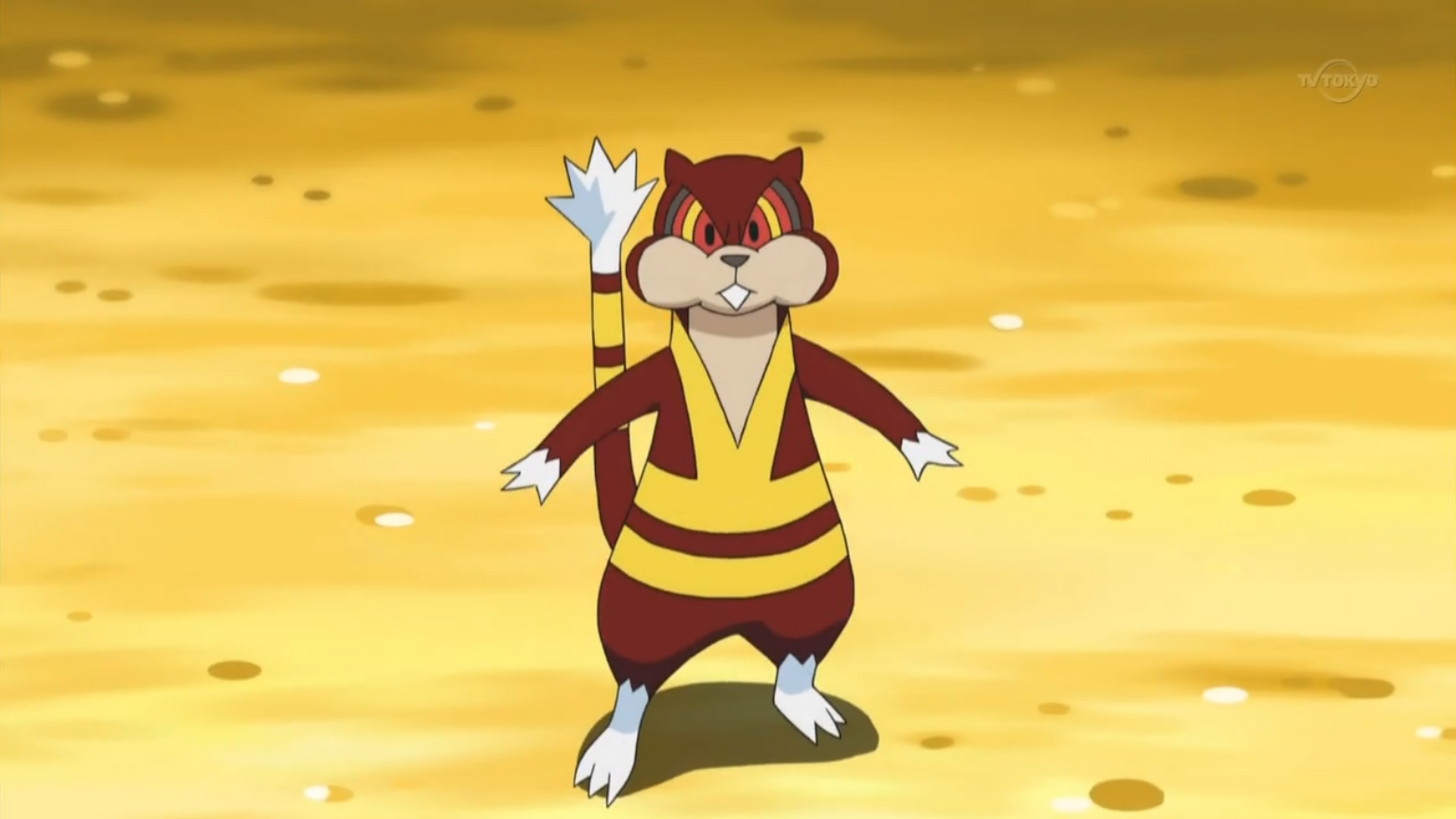 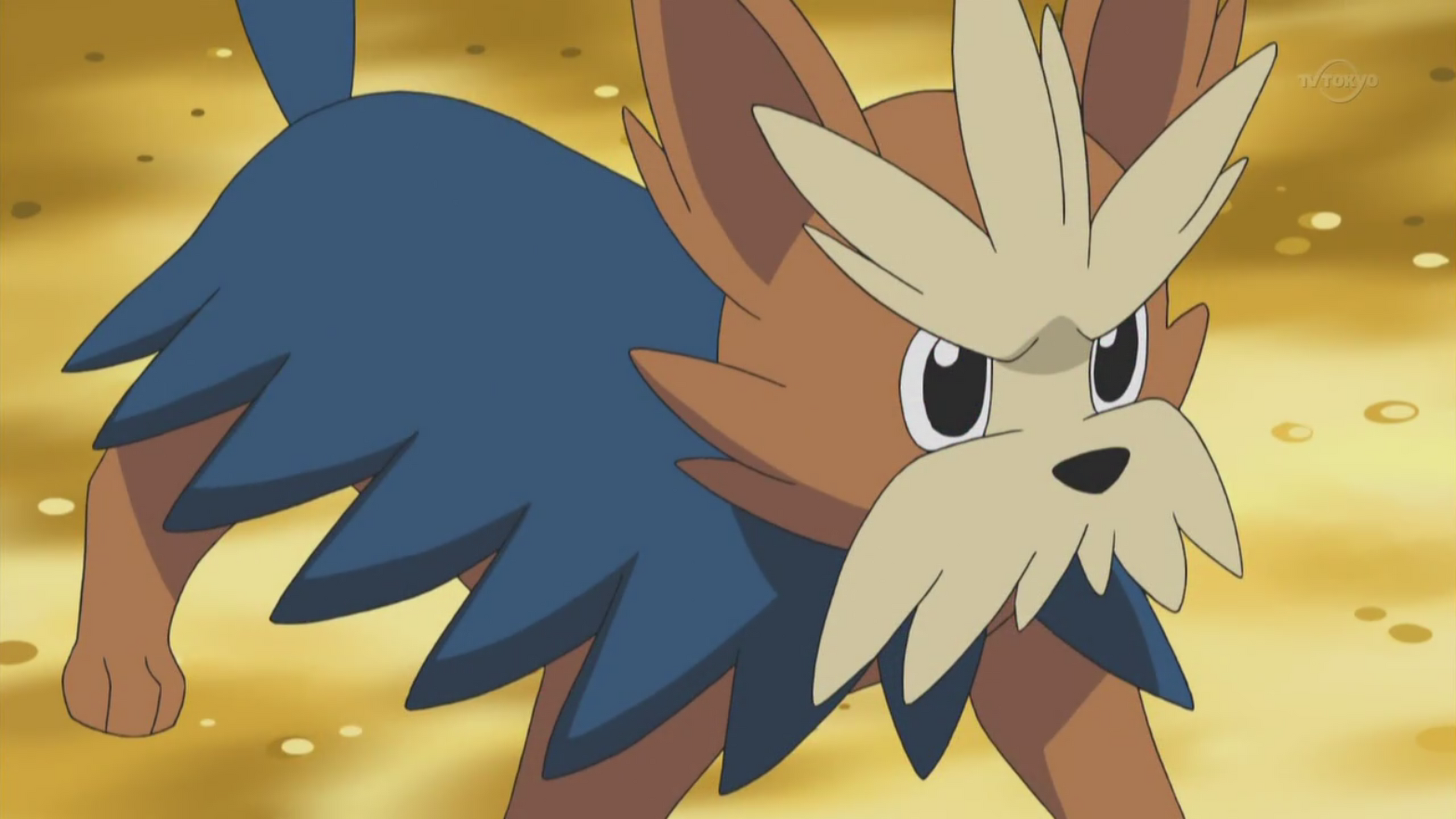